HomeThailandPhuket's main road is destroyed: tourists have difficulty getting to the airport
ThailandTourism
21.10.2022, 16:45

Phuket’s main road is destroyed: tourists have difficulty getting to the airport 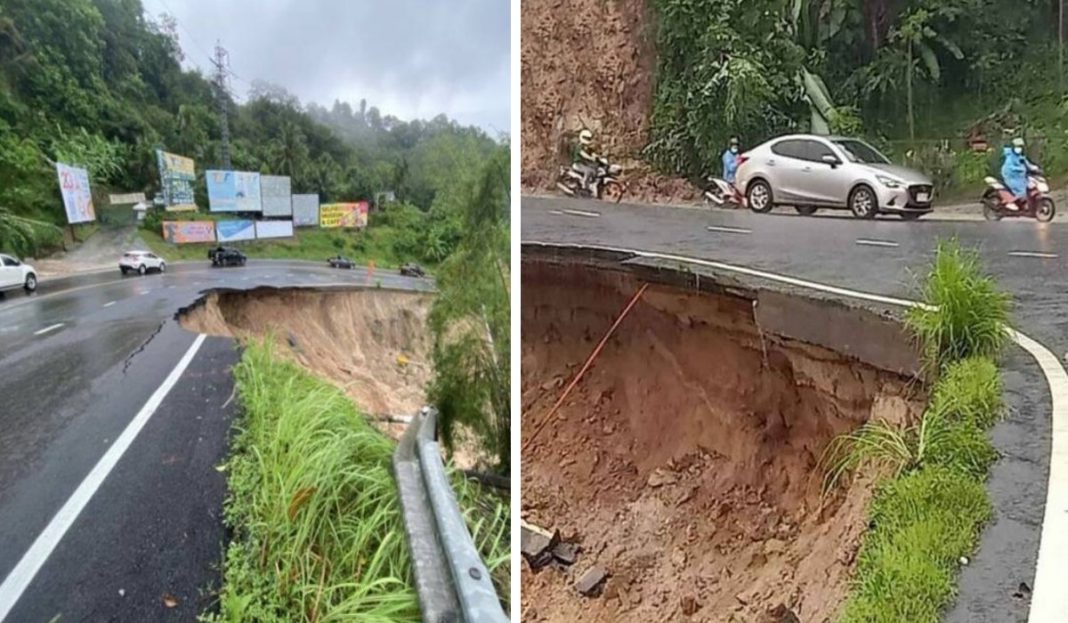 Floods and landslides triggered by days of downpours in Phuket continue to wreak havoc on the island province. In particular, the authorities of the popular resort destination warned about the destruction of the main road to Phuket International Airport.

Due to the floods and landslides that occurred, which affected the condition of the road surface, tourists have difficulty getting to Phuket International Airport. To be on time for their flight, they are recommended to allow at least 3-4 hours for the journey, even if it seems that the point of departure is within reach. At the same time, the police urged travelers who do not need to fly anywhere yet to stay at home and not to walk the streets unless necessary, The Thaiger reported.

The authorities issued a separate message about Patong. They urged to avoid visiting the resort town on the west coast of the island. Here is a quote from the Phuket Provincial Police announcement: “If it is not necessary, please do not go to Patong. At this time, there are traffic jams on the roads from Patong to Chalong and Surin Beach on both detour routes due to a large number of motorists.”

Destruction in the area became massive. For example, the road leading to Patong Hill was hit by a landslide on the night of October 19, and another one collapsed on the morning of October 20. The sinkholes are so extensive that police had to divert traffic from the northbound lanes to the southbound lanes, resulting in lengthy traffic delays. Police have warned people not to try to use the road over Patong Hill either on bikes, cars, or on foot.

The main road from Patong to Kamala (a beach in the central part of the island and one of Phuket’s main tourist attractions) was also closed this morning after another landslide overnight on October 19 knocked down trees onto power poles and the road. Traffic on Chao Pha West Road past Wat Chalong is extremely slow with long delays.

A clumsy forecast was given by the local Department of Meteorology: according to forecasters, heavy rains will continue in the southern provinces of Thailand on Friday, October 21. Consequently, the risk of flash floods and road collapses will remain high.

Tourists will be left without strawberries: Phuket began to be cleaned of transgender people who overcrowded the resort

Not only the police, the Ministry of Emergency Situations and the military, but also “higher forces” through shamans were involved in the search for...

New theme parks are opening for tourists in Bangkok, Pattaya and Phuket