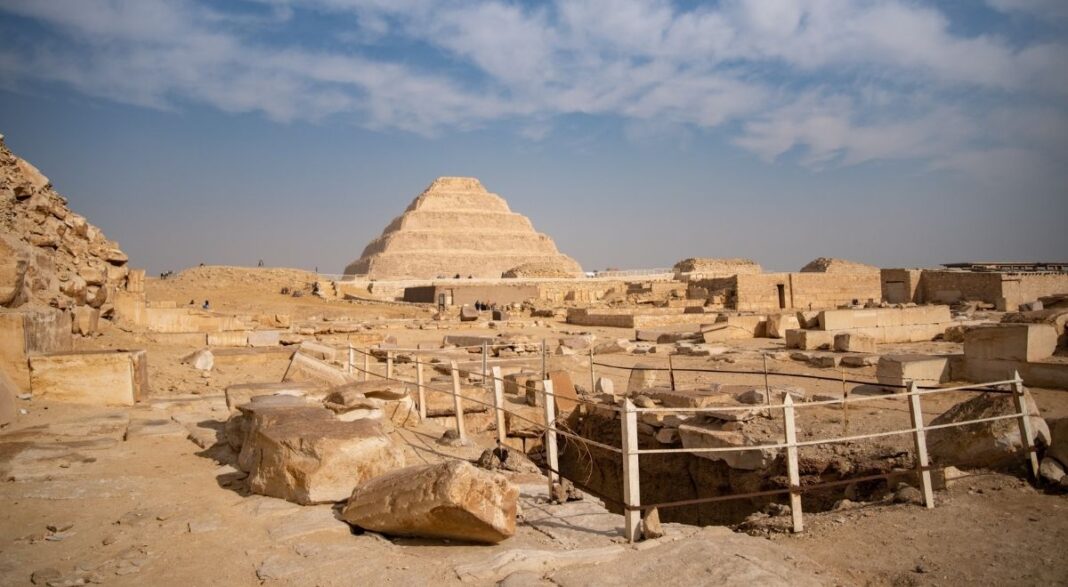 During excavations in the Egyptian city of Saqqara, not far from Cairo, archaeologists discovered five burials that are 4,000 years old. Inside the tombs, researchers found numerous well-preserved frescoes, figurines and pottery.

Burials are located near the pyramid of Merenre I, in a necropolis in the south of Saqqara. The tombs belong to high-ranking officials of the Old Kingdom and the First Intermediate Period, a time when Egypt’s power began to decline.

According to the Archeology News Network portal, in the first of the discovered tombs, archaeologists discovered a deep shaft leading to the burial chamber, which contained a limestone sarcophagus. The walls of the room were decorated with paintings depicting, among other things, funeral scenes. The second tomb belongs to a woman, the wife of a man named Yaret. Third after a man named Pepi Neftana. He performed the functions, in particular, the chief overseer and priest of the pharaoh’s palace.

The other grave belongs to a woman named Petty. She took care of the appearance of the Egyptian ruler, and was also a priestess of Hathor – the goddess of heaven, love, joy, fun and dancing. The last tomb belongs to a man named Khenu, who was the overseer of the pharaoh’s palace.

In some tombs, archaeologists have also found numerous statues and pottery. They are valuable evidence of applied and artistic art of that time.

Tourism in the US, Great Britain and Germany is preparing for a new blow: it will become a victim of the global depression

In Peru, archaeologists have discovered the mummies of children who may have been sacrificed

In Egypt, they said they know where the tomb of Alexander the Great is