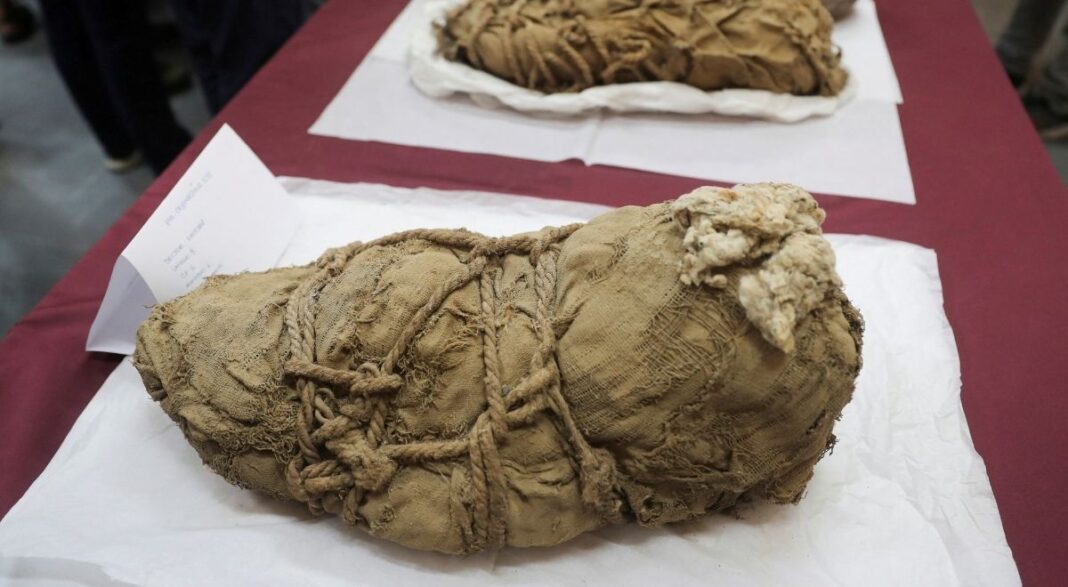 In the ancient city of Cajamarquilla on the outskirts of Lima, Peru, archaeologists have discovered the mummies of eight children and twelve adults. The remains come from more than a thousand years ago, that is, from pre-Inca times.

According to the portal Live Science, the deceased could have been sacrificed at the request of the researchers. Their theory is based on two factors. First, when carefully examining the remains, archaeologists found that some of the children’s corpses showed signs of violence, such as fractures. Secondly, mummies were found next to the body of a man discovered in the fall of 2021. According to the researchers, the deceased – his name was “Chabelo” – was about 35 years old at the time of death, and he probably belonged to the local elite. In accordance with the customs of that time, all organs were removed from him during mummification, and the body was placed in an embryonic position and tied with a rope.

Since scientists have not yet been able to find written sources of the pre-Inca period, they draw their knowledge mainly from archaeological sources, including from discovered burials. In 1987, researcher Walter Alva discovered, near the Peruvian city of Chiclayo, a richly decorated tomb of the so-called “Lords of Sipan”, dating back to 1700 years. It contained the mummy of a man, and next to it were the remains of sacrificed children and adults. According to archaeologists, the tomb of the “Lord of Sipan” is very similar to the recently discovered burials.

“We know that there were a number of funeral practices and rituals in Andean societies, and their perception of the world was completely different from ours,” explained Peter Van Dalen Luna, professor of archeology at the University of Saint Mark in Lima, who leads the excavation team in Cajamarquilla. – The concept of death was extremely important to them. They believed that death is not the end, but the moment of transition to a parallel world. The world of the dead, he added.

In addition to the twenty mummies, the scientists also found musical artifacts, including one for the so-called “sampoña,” a traditional Andean wind instrument reminiscent of the Pan flute.