HomeUkraineUkrainian intelligence is sounding the alarm: the unit responsible for the massacre...
Ukraine
05.04.2022, 14:51

Ukrainian intelligence is sounding the alarm: the unit responsible for the massacre in Bucha will go to the vicinity of Kharkov 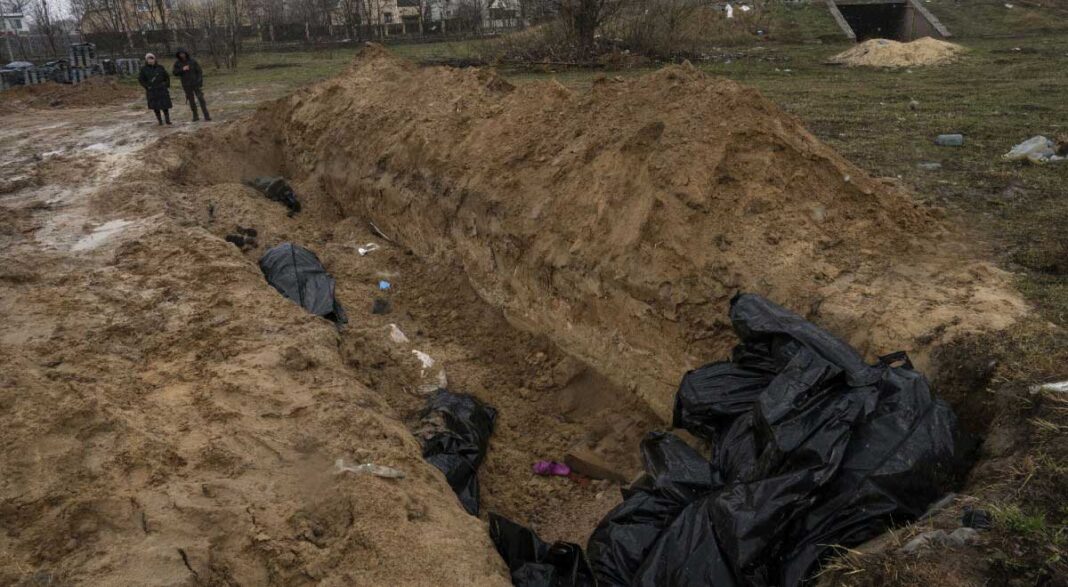 The 64th separate motorized rifle brigade, whose fighters killed and tortured civilians in Bucha near Kiev, has returned to hostilities in Ukraine, the Main Intelligence Directorate of the Ukrainian Defense Ministry reported. The services indicate that the unit was intended for “special tasks”, including to intimidate civilians.

A few days ago, soldiers of the 64th brigade were withdrawn from Buch to the area of ​​the Belarusian Mozyr. By April 6, the brigade should be transferred by rail to Belgorod, Russia. “After only two days of vacation, they plan to return to Ukraine to one of the hottest places of hostilities – in the direction of Kharkov. As a rule, Russian units leaving the combat zone are given much more time to recuperate and rest, ”the interview emphasizes. Press release.

A division to intimidate civilians?

According to the services, this means that the brigade was assigned “special tasks”, including intimidation of the civilian population. “Those who committed the crimes of genocide in Bucha may repeat it in other cities,” the Ukrainian side warns.

Another possible goal for the speedy return of the 64th brigade to Ukraine is, according to intelligence, “quick elimination of witnesses.” “This means moving to a sector of the front, where they will not have a chance to survive, so that in the future they will not testify in courts,” it was emphasized. According to the Ukrainian services, the Russian military oppose the commanders, for which they face a military court.