Terrible crimes of Russians in Irpen: Tanks were driven over the bodies of women 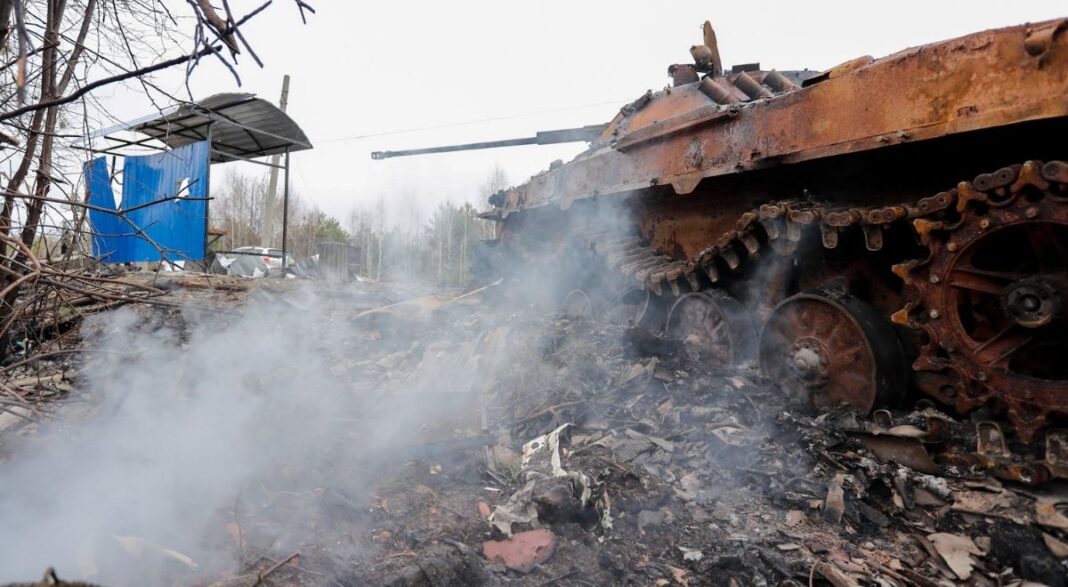 “Russian soldiers shot women and girls in Irpen near Kiev and then crushed their bodies with tanks,” the city’s mayor Alexander Markushin said in a recording by German broadcaster Deutsche Welle, which was posted Sunday on the Nexta website.

In the video, Markushin says that many residents of Irpin died because of mines, many were shot, including girls and women, whose bodies fell under tanks.

Irpen was recaptured by the Ukrainians from Russia on Friday. According to the mayor, half of the city was destroyed as a result of Russian actions.

In #Irpen, the occupiers shot women and girls and then drove tanks over them

The mayor of the city, Oleksandr Markushin, said this in an interview pic.twitter.com/PGmcyzQYdV

Rape is a war crime and a weapon of war used by the Russians during the war in Ukraine, British Ambassador to Ukraine Melinda Simmons tweeted on Saturday.

“Rape is a tool of war. While we do not yet know the full extent of its use in Ukraine, it is now clear that it was part of the Russian arsenal,” Simmons wrote.

In the city of Bucha, abandoned by the Russians, near Kiev, the Ukrainian military discovered a mass grave in which about 300 civilians were buried. Some of them had their hands tied behind their backs. On the other hand, near the road 20 kilometers from Kyiv, the naked bodies of several women were found, whom the Russians had previously tried to burn. “These were civilians, it was a shooting,” – said the press secretary of the President of Ukraine Serhiy Nikiforov.

Tourist dies after shark attack at a popular resort in Egypt

The stewardess starred in a miniskirt and delighted users