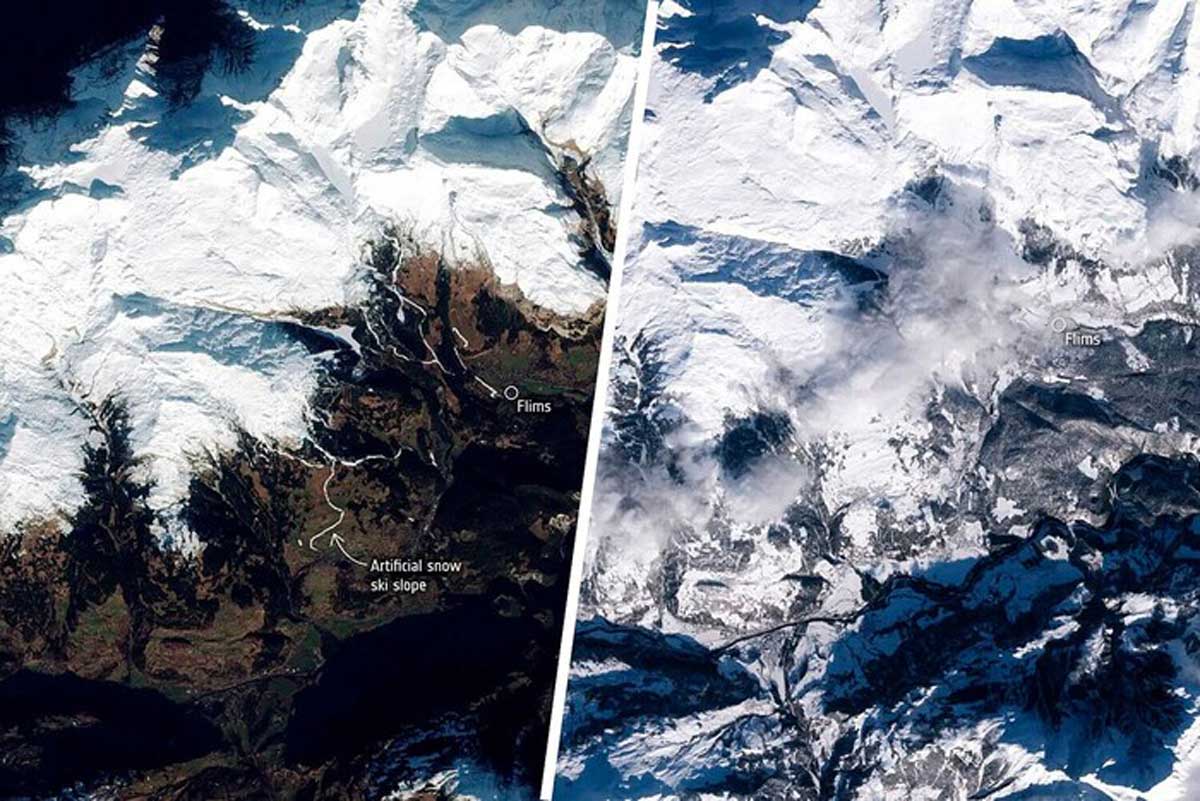 Scientists from the European Space Agency have published satellite images that show that several resorts in the Alps are currently without snow.

The Copernicus Sentinel-2 apparatus took the photographs. There is practically no snow in the resorts of Flims, Laax, and Falera in Switzerland. The difference is especially noticeable in comparison with the photo of last year.

In Europe, 2023 began with an abnormally high air temperature, in some areas the thermometers rose above +20°C. Because of this and the lack of snowfall in the Alps and the Pyrenees, some ski resorts were left without snow, where instead of white slopes there are verdant alpine meadows. Owners have to use artificial snow systems.