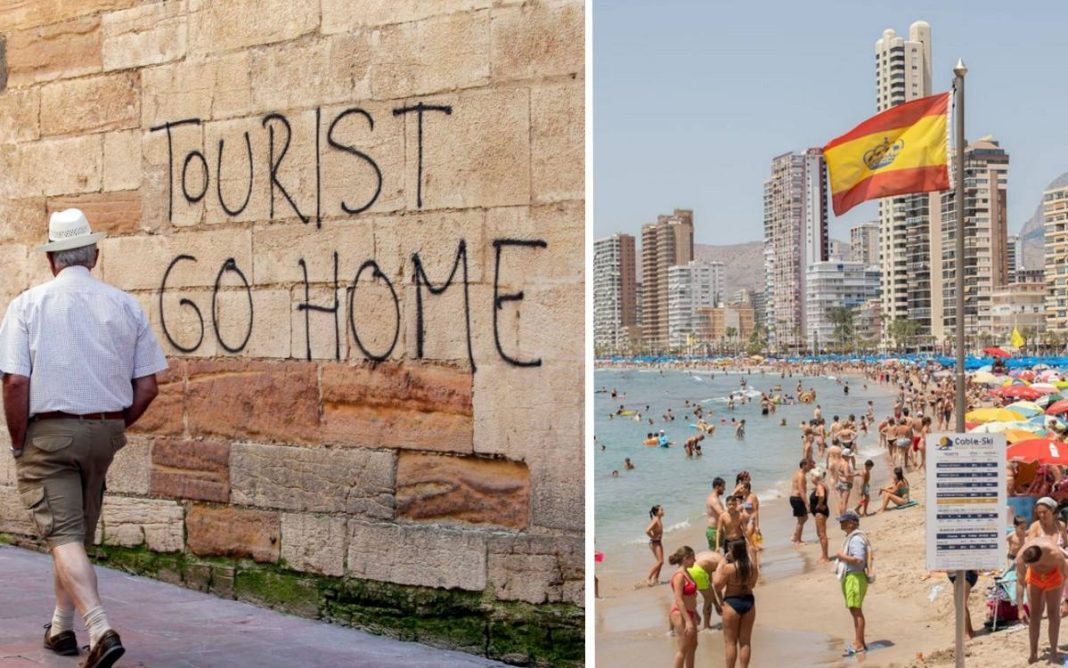 Following the return of tourists after covid, just a few months later, protests against tourists returned to the most popular city of the Mediterranean, the capital of Catalonia, Barcelona. The city was again decorated with posters and graffiti “Tourists, go home!” (“Tourists, get home, get away!”)

Graffiti appears on buildings, although the city council of Barcelona removes them. Banners are also stretched on the most popular roads. “Enough, we don’t want any more tourists!” – the inscriptions declare.

The reason is the same as the reason why protests broke out in Barcelona in pre-war times: let’s remind you that roads were blocked and tourists were blocked in popular attractions.

“Overtourism” not only overflows the city center with crowds of not always sober and polite citizens, but it also literally “evicts” residents from the center, because housing prices instantly skyrocket.

The Barcelona City Council, in turn, declares that it has taken into account the complaints of residents. In particular, he demands that the government ban the construction of new hotels in some areas of the city.