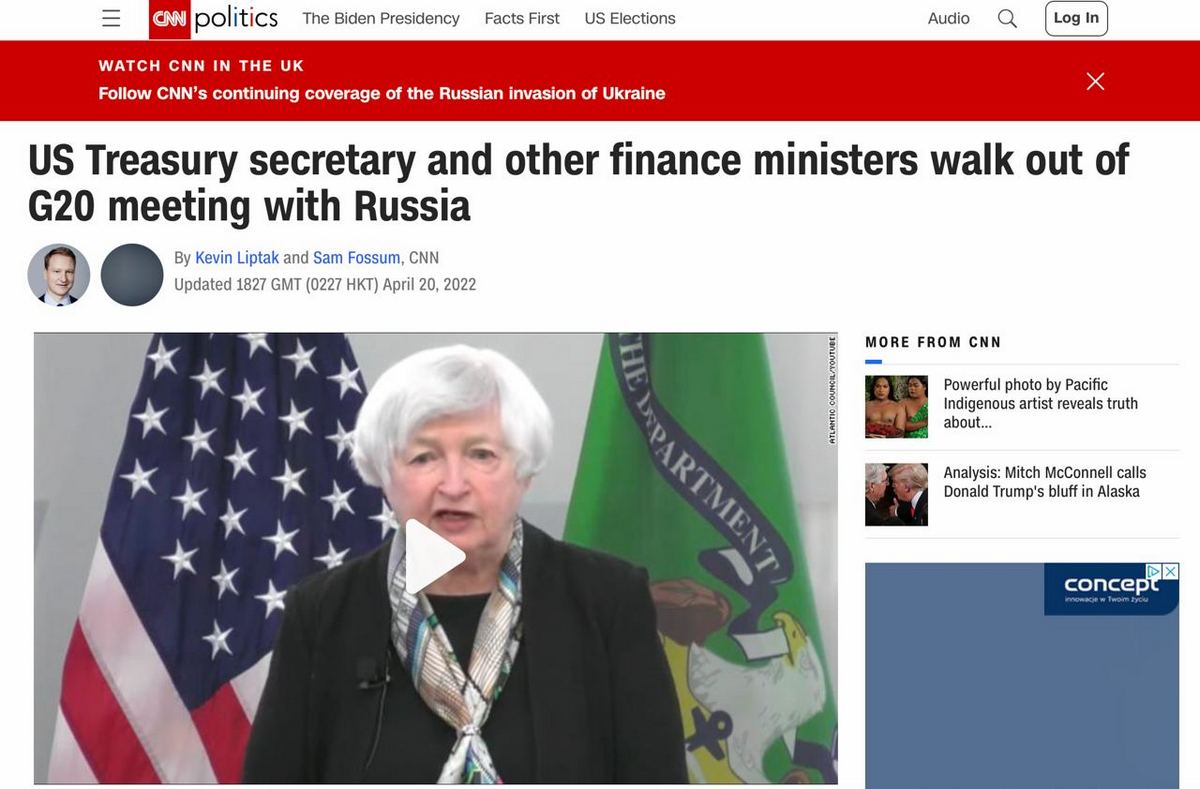 At least six world leaders, including US and Ukrainian officials, left the G-20 meeting in Washington on Wednesday after the Russian minister began speaking, the Washinton Post reported.

US Treasury Secretary Janet Yellen and Federal Reserve Chairman Jerome Powell were among the leaders of the world economy who withdrew from the meeting. And then – the Deputy Prime Minister of Canada Christie Freeland and the President of the European Central Bank Christine Lagarde. The Minister of Finance of Ukraine Serhiy Marchenko also left the meeting, and the other participants who took part in it via video link turned off their cameras when the Russian Minister of Finance spoke.

Dramatic boycotts reflect the upheavals faced by world leaders in connection with Russia’s invasion of Ukraine.

While a number of countries joined the protest, China and India did not. What is happening exposes the growing global divide over whether and how to exclude Russia from the international community during the war.

After the meeting, Freeland wrote on Twitter: “The meetings in Washington are support for the world economy, and Russia’s illegal invasion of Ukraine is a serious threat to the world economy. Russia should not participate in or be involved in these meetings.”

Currently, the G20 does not have a membership exclusion procedure. Even if a decision is made to exclude Russia, many non-Western members have already made it clear that they will oppose it.