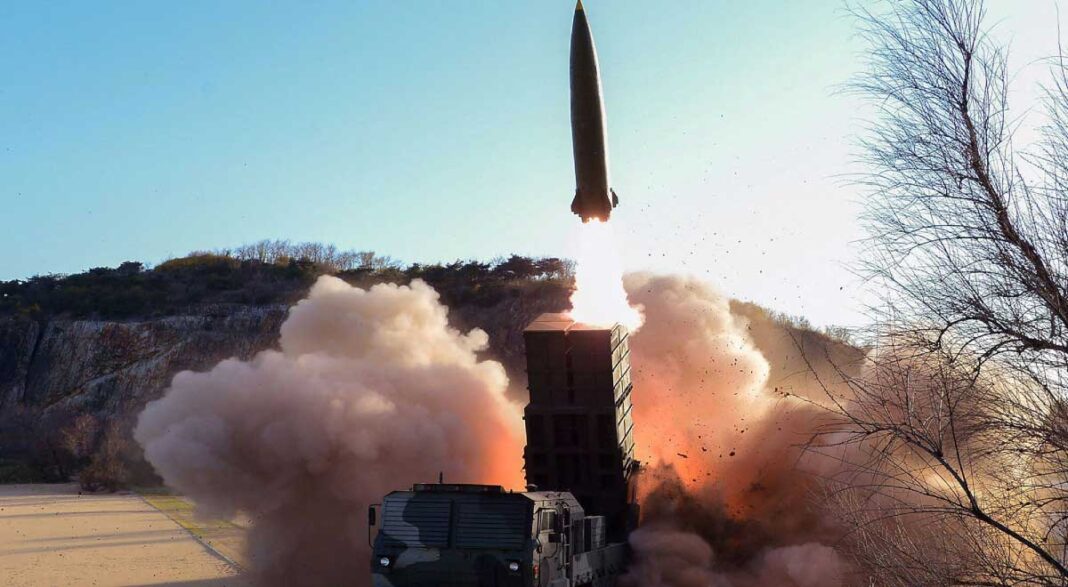 North Korea fired two missiles from the east coast towards the sea on Saturday, the Reuters news agency reported. These were to be tests of a newly developed tactical maneuverable weapon.

According to the regime’s official communiqué, the new weapons will enhance the country’s tactical nuclear forces and long-range artillery firepower.

The report suggested that the weapons being tested would likely be capable of carrying nuclear warheads, but the KCNA did not provide details. It also does not specify when and where the launch took place.

This is another test of this type.

The rockets flew about 110 kilometers, reaching an altitude of 25 kilometers and a maximum speed of Mach 4 (about 4900 kilometers per hour – editor’s note). The statement said South Korean and US intelligence agencies are analyzing additional information about the missile launch.

North Korea began this year with a series of weapons tests, including intercontinental-range ballistic weapons.

Attempts despite the embargo

South Korean and US officials say Pyongyang may soon launch new provocations, such as another test of an ICBM, launch of a rocket to put a spy satellite into orbit, or even a nuclear test explosion, which will be the seventh attempt of its kind.

The South Korean military said it had seen signs that North Korea was rebuilding nuclear test site tunnels, which it partially closed weeks before entering suspended 2018 nuclear weapons talks with the United States.

All missile and ballistic tests are subject to an embargo under several UN Security Council resolutions.