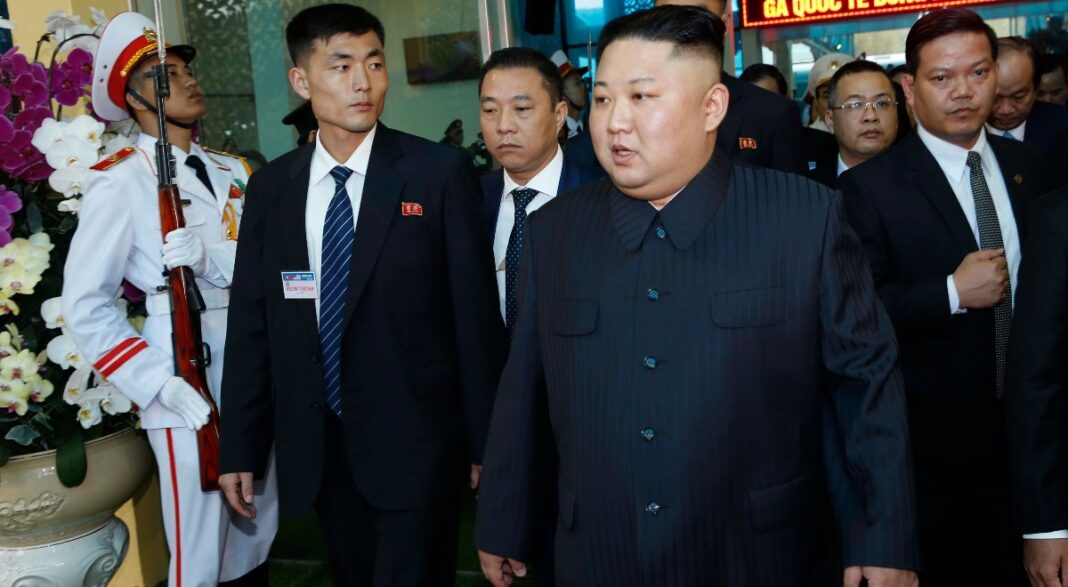 It’s been 10 years of Kim Jong-un’s rule. North Korea has made great strides in developing nuclear and missile weapons, but the price of these weapons is worsening the living conditions of ordinary people. For ten years, communist Korea has plunged further into isolation from the world and economic collapse.

On December 17, 2011, then-DPRK leader Kim Jong-il died on a train from a massive heart attack. Two days later, North Korean state media named him the youngest son, Kim Jong-un, about whom little was known at the time.

Since coming to power, Kim has been striving to strengthen the military potential of his country. North Korea has significantly developed its nuclear weapons, as well as intercontinental ballistic missiles (ICBMs) and other weapons, including submarine-launched ballistic missiles (SLBMs).

Kim Jong Il was already working on nuclear weapons, but a significant breakthrough came in the fall of 2017, when North Korea tested a hydrogen bomb and an ICBM missile capable of hitting the continental United States, according to state media reports. Then Kim Jong-un announced the completion of the construction of “state nuclear power”.

Hunger is the price of weapons

The price of weapons is the deteriorating living conditions of ordinary North Koreans. In 2018-2020, 42.4% suffered from malnutrition. population of the country, which is much higher than in 2004-2006, when the percentage of undernourished was 33.8%. – assessed by the Food and Agriculture Organization of the United Nations (FAO).

Economic troubles have been exacerbated by the COVID-19 pandemic and the 2020 natural disasters. Sources in North Korea report an increase in the number of orphans living on the streets and people dying of hunger. Kim admitted this year that the food situation in the country is “tense.”

Kim ruthlessly cracked down on political opponents and severely punished those who did not follow his decisions. He ordered the execution of his own uncle Kim Sung-tek, whom he accused of “treason for all time”, he ordered the execution using anti-aircraft artillery or flamethrowers. Kim’s agents also orchestrated the poisoning of his half-brother, Kim Jong Nam, with chemical warfare agent VX at a Malaysian airport.

Repression of ordinary residents and punishment for unauthorized phone possession or smuggling of South Korean films and music has also intensified. According to estimates by the UN and human rights organizations, the North Korean authorities are coercing up to 200,000 people. political prisoners, their children and others to slave labor in an extensive network of camps to fund their weapons.

Kim’s regime is also developing its cyber warfare capabilities. North Korean agents have been accused of a series of large-scale hacker attacks in recent years, including the creation of the WannaCry virus, which infected 300,000 viruses in 2017. computers in 150 countries of the world. Profits from such operations also support defense programs, experts say.

Months after declaring his country a nuclear power, Kim unexpectedly launched a diplomatic offensive to lift tougher economic sanctions imposed by the UN Security Council against his regime. His sister Kim Cho Jong appeared at the Winter Olympics in Pyeongchang, South Korea, where she contacted government officials in Seoul, which also led to dialogue with Washington.

In June 2018, Kim became the first ever DPRK leader to meet with the current US President Donald Trump at the time. Contacts between the leaders of the warring countries raised hopes for reconciliation, denuclearization of North Korea and the signing of a formal peace treaty after the Korean War of 1950-1953. However, the Singapore summit ended with a vague joint statement.

Another summit with Kim and Trump in February 2019 in the Vietnamese capital Hanoi was interrupted ahead of schedule because both sides failed to reach an agreement on denuclearization. North Korea has proposed only partial dismantling of its nuclear program in return for lifting almost all sanctions against it. Since then, negotiations have stalled, economic sanctions have been imposed, and Pyongyang is likely to continue developing its nuclear arsenal.