HomeCHINAChina is facing a demographic crisis: the authorities want to ban abortions
CHINA
11.10.2021, 12:33

China is facing a demographic crisis: the authorities want to ban abortions 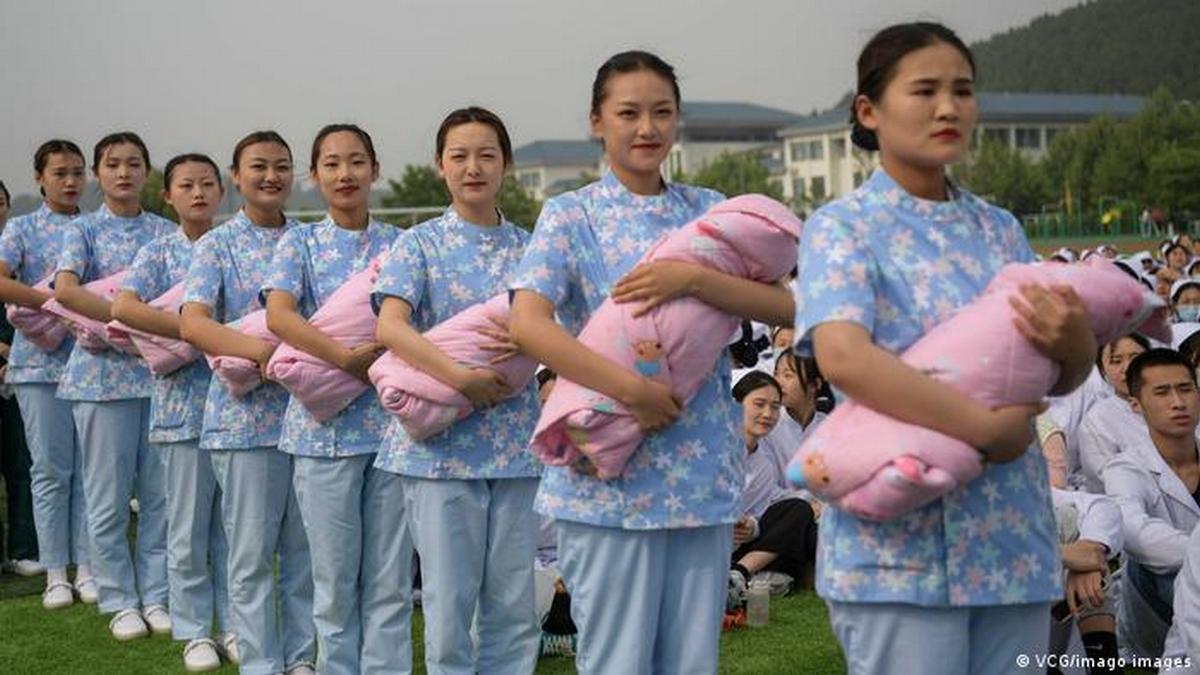 China is facing a demographic crisis, and the abolition of the one-child policy is not producing the desired result. That is why Beijing is already talking about reducing abortions. How will this happen?

The ongoing press conference of the State Council of China was dedicated to the new development plan for Chinese women and children. The goal of the new program is to take more steps to raise awareness about pregnancy and prevent maternal health. However, a slightly more covert place in the report says that China wants to reduce the number of abortions that are not performed on medical grounds.

This has sparked a heated debate on the Internet in China. “Do they really want to take away our right to have our own body?” one woman asks. Another wrote: “Now everyone will be forced to have children?”.

Human rights groups have also expressed concern. The one-child policy, introduced in the late 1970s, was to slow China’s population growth. Therefore, women were forced to use contraceptives, sterilized and forced to have abortions, says Wang Yaki of the human rights organization Human Rights Watch. The government is now advocating for more children because it is concerned about declining birth rates. “Many women’s concerns that the right to abortion may now be restricted are entirely justified,” says Yaki.

The new government directives do not mention specific measures, so many women fear that each province and each individual city will pursue policies in accordance with the new purpose at its discretion, including through coercion. Because China’s declining population growth is already having dramatic consequences.

The number of people of working age is declining, as is the number of women of childbearing age, the head of the National Bureau of Statistics said in the spring after the census was released. Chinese society is aging rapidly, and the number of new births cannot compensate.

The abolition of the “one child” policy six years ago did not change anything. At the same time, there are currently very few restrictions on the right to abortion. Only abortion due to unwanted sex of the fetus is prohibited. Millions of female fetuses have been aborted in China over the years due to the traditional predominance of male heirs.

But more than 9 million abortions each year are caused by other reasons. Many young women in China have had large abortions in the past due to a lack of knowledge and sex education, including about contraceptives.

The new directives of the State Council promise additional efforts in this direction, but human rights activists are skeptical that one education will be enough to reduce the number of abortions. “It requires a deeper change in public consciousness. It should be natural for women to give up unprotected sex. But it is too big a problem to affect gender equality in Chinese society,” said human rights activist Wang Yaki.

Many Chinese women are suspicious of the new directives as the Chinese Communist Party continues to promote the traditional division of roles in the family and society.

Since the beginning of the year, divorces have become even more difficult, and feminist publications on the Internet are blocked. Therefore, many women now fear that the state will again appropriate the right to impose its ideas on family life.

London Big Ben will celebrate the new year with a new look.

Ukraine has signed an air service agreement with Iceland