HomeRussiaTurkish hotels rejoiced at the problems of Russian competitors
RussiaTourismTurkey
30.06.2022, 18:40 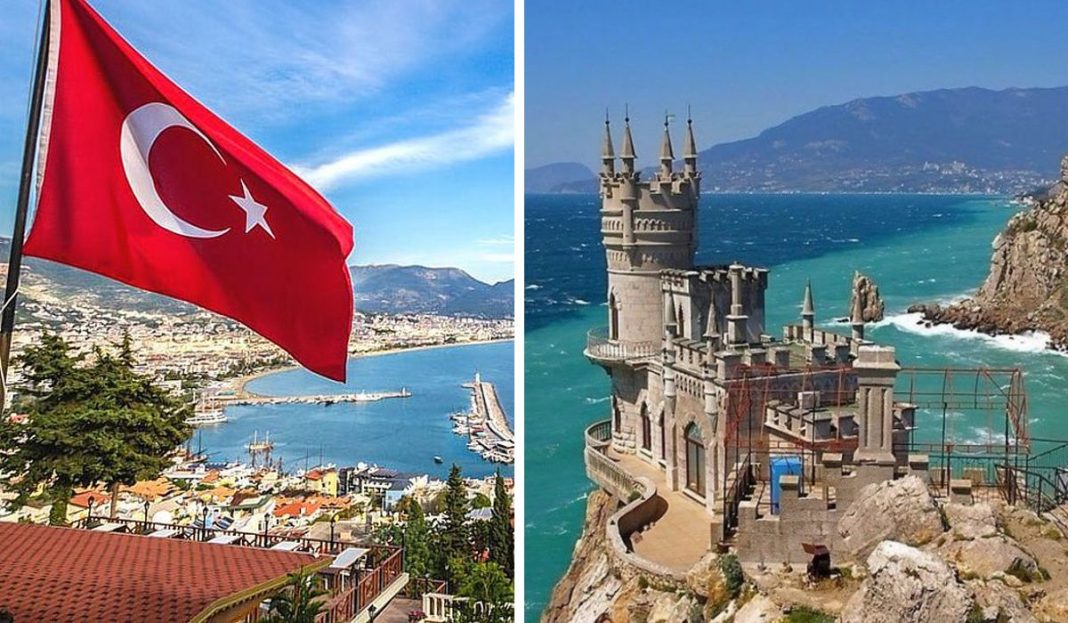 The “pessimistic picture” in the Russian domestic tourism market was reported by the Turkish media – as they say, “with deep domestic satisfaction.”

This is a reprint of material from Russia’s RBC, which reports that in the first month of summer, hotel reservations in the Russian-occupied Crimea fell by a third compared to last year. Occupancy of hotels on the peninsula, where there was a problem with the delivery of tourists due to the closure of Simferopol airport, remains at 50% – quoted by Turkish media.

Such data, according to RBC, was reported in the press service of the Ministry of Resorts and Tourism of the occupied Crimea. They noted that a year ago, in June 2021, Crimean hotels were more than 80% full. At the same time, in May 2022 about 330 thousand vacationers came to the Crimea – 37% less than in May 2021, but then the tourist flow set a 30-year record – 520 thousand people – by the way, against the background of closed Turkey.

The reduction of the load to 50% was confirmed in the publication by the chairman of the Crimean Hotel Association Serhiy Makovei. Small businesses – mini-hotels, hostels, guest houses up to 50 rooms – now occupy only about 30% of rooms, and in Sevastopol – only 25%, added for RBC Natalia Stambulnikova.

At the same time, the cost of hotel accommodation is falling – it is on average 20% lower than a year ago. But problems with the delivery of tourists seriously affect the flow of tourists. Although Russian tour operators say that low prices may play a role, motorists will go to Crimea.

Meanwhile, the situation with delivery, according to RBC, is as follows – rail transportation can provide only 39% of total rail and air traffic, which was last year. At the same time, the number of cars getting to the Crimea is growing – by the way, last year the majority of tourists, however, get to the Crimea by car. According to the Ministry of Resorts of Crimea, last year 60% of guests came to the peninsula by car and bus, 32% – by plane, and by train – only 8% of tourists.

At the same time, in the Krasnodar Territory, where the airports of the resorts of Anapa, Gelendzhik, and Krasnodar have also been temporarily closed since the end of February, and only the Sochi airport is operating, the tourist flow remains at last year’s level. This is how the press service of the governor Veniamin Kondratiev commented on the publication. From January to mid-May 2022, the resorts of Kuban were visited by more than 4.5 million people, of whom 2.2 million rested in Sochi, 580 thousand – in Gelendzhik, 560 thousand – in Anapa. The average hotel occupancy is 70%. In Gelendzhik, for example, where the airport is also closed, about 770,000 people have rested since the beginning of the year, which is almost 2% more than the previous year.

In Turkey, the deficit of Russian tourists has been closed: an alternative has been found for them

In Crimea, the second airport is ready to receive passenger flights

Empty hotels and boarding houses: Russians do not want to go to Crimea

Russia has said it has prevented a terrorist attack in Crimea

Ukrainian-owned hotels in Crimea may be nationalized