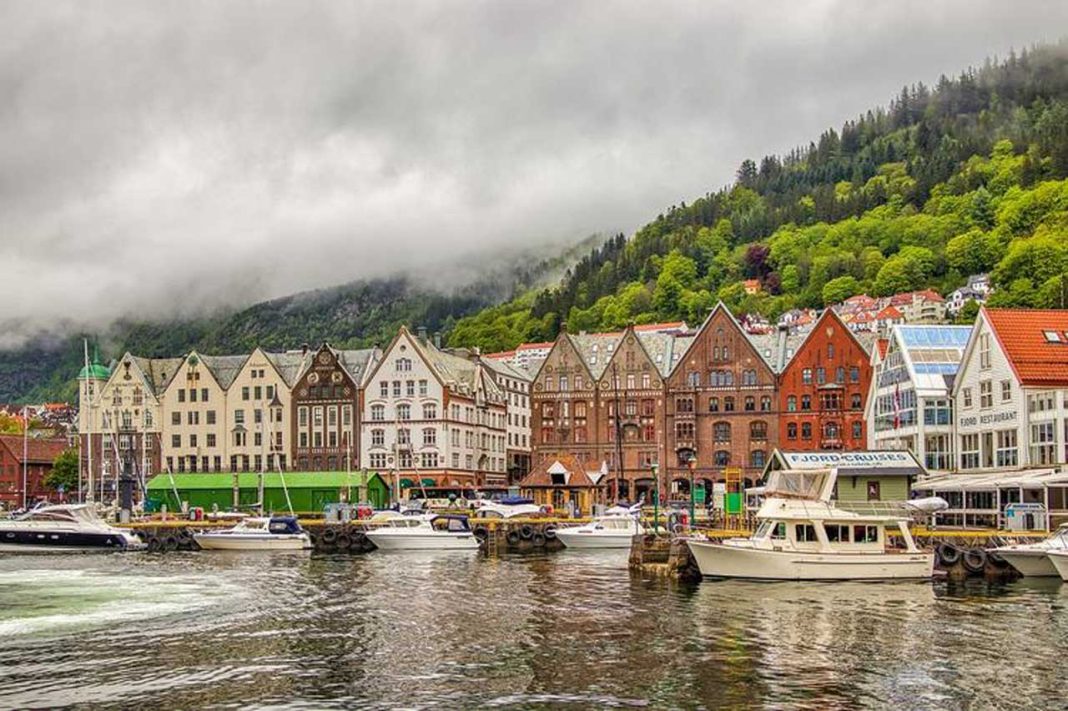 Which place in Europe has the rainiest days per month, where the maximum average daily rainfall is recorded, and when is the best time to plan a trip to avoid heavy rainfall? Experts analyzed the World Weather Online data and gave answers to these questions.

Norwegian Bergen ranked first in the ranking of the rainiest cities in Europe. This city not only has the highest average number of rainy days per month – 12.7 but also the highest average daily rainfall – 8.8 mm. But it turns out that heavy rains can do real miracles! Situated on the southwest coast of the country, Bergen is surrounded by lush green mountains and spectacular fjords, and breathtaking scenery. This makes it an ideal place for outdoor enthusiasts.

The second rainiest city in Europe after Bergen was the British Sunderland. This port city is located in the northeast of England right on the North Sea. Sunderland does get a lot of rain all year round, but especially during the winter months of December and January when there are an average of 15 rainy days per month. But in April, the least rainy days are only seven, so you can easily spend the whole day on the beach. If it rains, we recommend passing the time in one of the museums or pubs.

Due to its northern location and proximity to the Atlantic Ocean, Glasgow has a stable maritime climate. It is characterized by humidity and rainfall that do not stop throughout the year. Most of the rain falls here in January and December – an average of 14 rainy days per month, and the last – eight – in April. But it’s not a problem. Glasgow has a lot to offer even in bad weather. What a visit to an art museum is worth! No mood to join the art? Then go for a whiskey tasting at some local distillery.

Coming in at number four in the “leaky sky” is Brasov, a quaint medieval city in the Romanian region of Transylvania. Brasov has an average of 8.4 days of rain and 4mm of rain per day every month of the year. The city is surrounded by the magnificent Carpathian Mountains, which makes it an ideal place for both city excursions and nature lovers. A trip to Brasov would not be complete without a visit to Dracula’s castle itself, also known as Bran Castle. The world-famous landmark is just 30 minutes from the city and is a gothic marvel that can be admired in any weather.

Closes the top five of the rainiest cities in Europe German Augsburg, located in the south of the country, in the region of Bavaria. On average, it rains here eight days a month, and the average daily rainfall is 4.2 mm. But the rain does not interfere with tourists who come to this small, cozy, and surprisingly beautiful town. Stroll through the Old Town and after your sightseeing, relax in the café with a cup of coffee and cake. For those who are especially afraid of rain, we recommend that you come to Augsburg in November when the chance of rain is minimal.