HomeSpainThe most popular resort in Spain has started a fight against excess...
SpainTourism
26.07.2022, 14:00 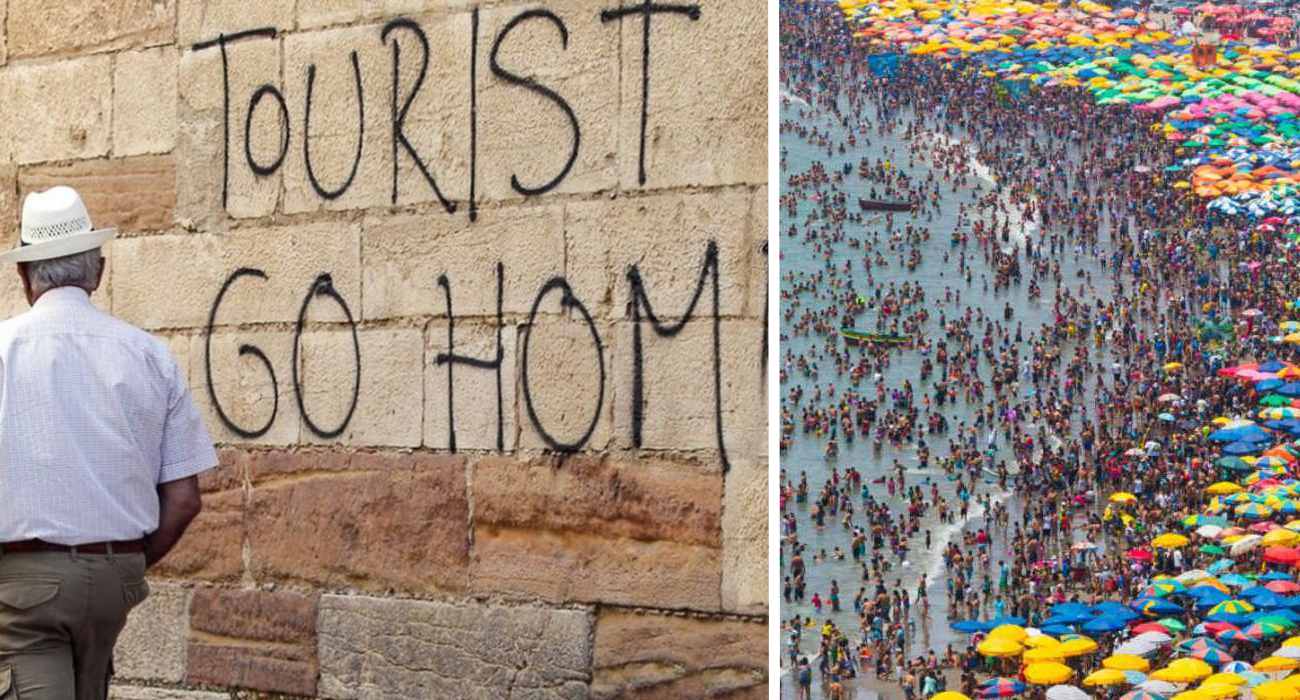 The authorities of the most popular Spanish destination heard the local protests and began to fight against overtourism – a mass flow of travelers. It is about Barcelona, ​​which has developed a plan to “thin out” vacationers in the peak season.

City tours of Barcelona have become under control

Spain continues to stay on course to change its image for tourists and residents: for visitors, quiet, safe, and aesthetic resorts, and locals, the absence of obtrusive and drunken tourists. The famous city is currently limiting tour groups to reduce the simultaneous presence of tourists in one place. The number of participants in groups will be determined by the place of visit chosen by travelers to avoid an explosive flow of vacationers.

So, tourist groups of no more than 30 people will be allowed in the busy center of Barcelona and popular areas such as the Gothic Quarter and Barceloneta. And for small areas, tourist groups can consist of only 15 people.

In addition to restrictions, officials are introducing one-way traffic on 24 city streets. The move, they say, will get crowds moving – instead of lingering in certain places.

As part of the new control measures, Barcelona is also introducing noise restrictions, banning all megaphones in the city. Instead, tour guides were obliged to rely only on their voice connections, and tourists – on hearing, or to use audio equipment, so as not to disturb the silence with loud sounds. Groups should also use these devices when traveling on city public transport.

Companies use quiet devices so that the noise level does not disturb those who are not part of the excursion. Tour leaders have worked diligently to ensure that group size restrictions are met without affecting day-to-day activities on the trip,” she explained at the press conference.
president of the Melissa and Silva Tourism Corporation.

Rest in French villages according to quotas

Excessive tourism is characteristic not only of big cities. Parts of the French countryside are also under pressure from too many travelers. During the COVID-19 pandemic, tourists who fear big cities have headed for more spacious countryside and national parks. In this regard, in some small towns, pedestrian traffic was denser than in Paris.

“Over the past two years, tens of thousands of people, especially from the Paris metro area, have come to the small village hidden between two cliffs. Locals complained that day-trippers from Paris didn’t care about the locals, French newspapers quoted Ben Collier, Normandy Tourism’s marketing manager for English-speaking markets, as saying.

To help reduce the burden of over-tourism on these small towns and parks, officials are introducing daily quotas. For example, Calanques Park allows only 500 visitors a day into one of its most popular areas. For comparison, the park usually receives about 3,000 visitors per day. Under the new rules, tourists must apply to enter the popular destination.

The new measures will immediately help reduce crowding during the peak summer travel months. At the same time, officials pursue another goal with their actions – to encourage travelers to visit these areas and reduce tourist crowds and traffic jams during off-peak hours. “What we’re trying to do, especially for national markets like Paris, is to get people to come year-round, not just in the summer months or peak periods,” Collier said.

Over-tourism is quickly becoming a problem in many cities around the world as people have started traveling in droves following the COVID-19 pandemic. Before the tour group restrictions, Barcelona was the first major European city to ban short-term rentals to manage tourist numbers.

Officials in Venice (Italy) now claim that overcrowding is drowning the city. To ease the problem, Venice will soon introduce a tourist tax on anyone who wants to visit the historic part of the city. The price will depend on the demand for that day.

Earlier, DIP wrote that “Spain will look into the pockets of tourists: without 900 euros, they will not be allowed into the country.“