HomeGreat BritainNamed the nations whose tourists most aggressively occupy sunbeds early in the...
Great BritainTourism
15.01.2023, 15:43 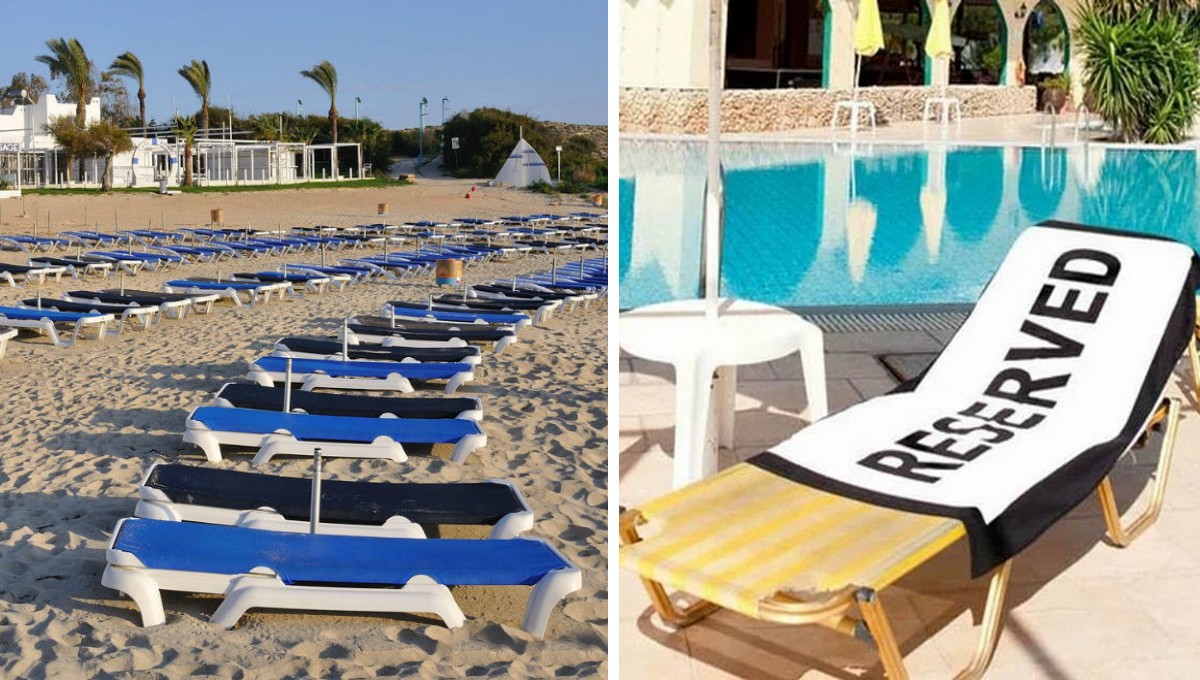 Tourists of which nation are ready not to sleep, get up before sunrise, and aggressively occupy sunbeds early in the morning — from five to six in the morning, and sometimes at 4 in the morning? During a lively discussion on Tiktok, tourists from different countries revealed the main lovers of battles for a “place under the sun” to the detriment of other vacationers. The first place, in particular, according to their admission, was taken by the British.

“I’m in an English hotel in Spain, and I can confirm that it’s us Brits. It’s full of sunbeds occupied by towels — and not a single German in the hotel,” one of the tourists voted for the British. A German commentator agrees with him: “I’m German, but I live in Great Britain. During my last vacation in Greece, only the English hung their towels on the sunbeds until six in the morning,” he writes. The French are also on the list – one of the tourists assures that they are also ready to get up at five in the morning to take a sunbed by the pool. It also “gets” the Germans.

“These people may seem crazy, but in some ways, their battles for a place under the sun are inspiring,” said another Tik Toker, Alice Benham. According to her, during the first five days of vacation, she was confused by the number of occupied sunbeds. Using the observation method, the tourist found out that the “fighters” specially set their alarms for 4-5 in the morning to win back the best sunbed for themselves, and even engage in “combat” with competitors.

However, she is still not ready for such feats, the blogger adds. “I’m not ready to go for it even for a deck chair. I calmly wake up at 11 in the morning, even skipping breakfast. There will be a sunbed – well, no – I calmly sunbathe on the mattress. And to those who fight for sunbeds every day, I want to ask – is it worth it? To sleep on vacation, in my opinion, is the main gift — and I would not like to wake up with an alarm clock, as if for work,” said Alice.

Among the 130,000 users who watched this video, others were ready to explain to her the position of the “fighters for sunbeds”. “I still get up at six in the morning every morning. I take a sunbed, have breakfast, and sunbathe,” said, for example, one of the commentators. There was also a place for the voices of tourists who were fed up with the eternally occupied sunbeds. “If no one is there, take off the towel and lie down. I always do that! – they said.