HomeTourismUkraine entered the ranking of the most dangerous countries in the world
TourismUkraine
11.01.2023, 19:00 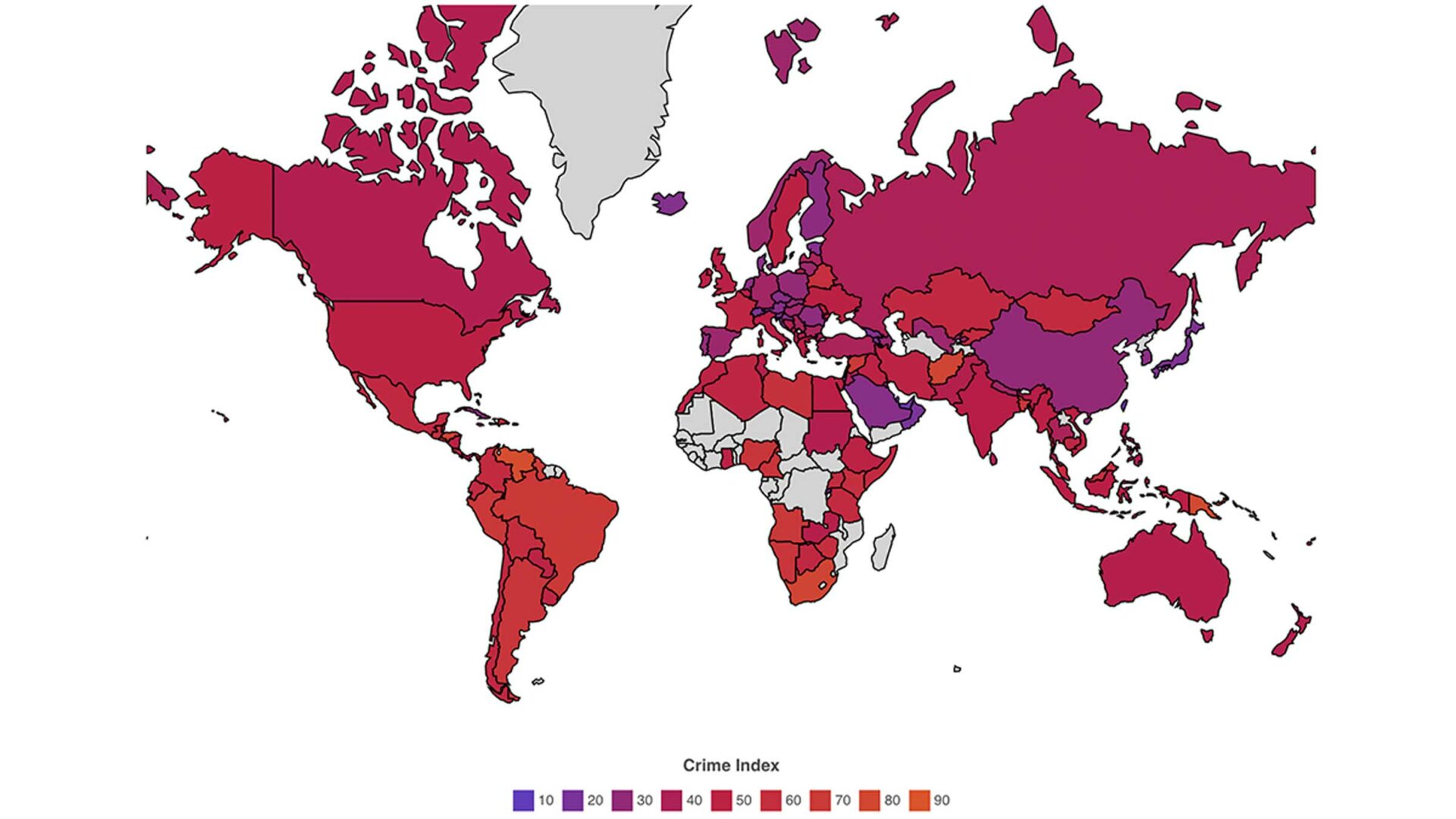 Analysts of the World Population Review portal have compiled a rating of the most dangerous countries in the world in terms of the number of crimes per 100,000 people, Dip.org.ua reports.

According to researchers, the first three lines of the rating are occupied by Venezuela, Papua New Guinea, and South Africa: the higher the place in the list, the higher the crime situation. The crime indices of the leading countries are 83.76, 80.79, and 76.86, respectively.

The rating of 136 countries is Taiwan, the United Arab Emirates, and Qatar. It has the lowest crime rate.

The authors of the study note that the level of crime varies significantly from country to country and depends on many factors. For example, high levels of poverty and unemployment tend to increase the crime rate in a country. Conversely, strict police control and harsh sentences tend to reduce crime rates.

Analysts say there is also a strong correlation between age and crime, with most crimes, especially violent crimes, occurring in your 20s and 30s.

Which countries are leading in tourist satisfaction ratings in 2022

Named the most popular tourist cities in the world