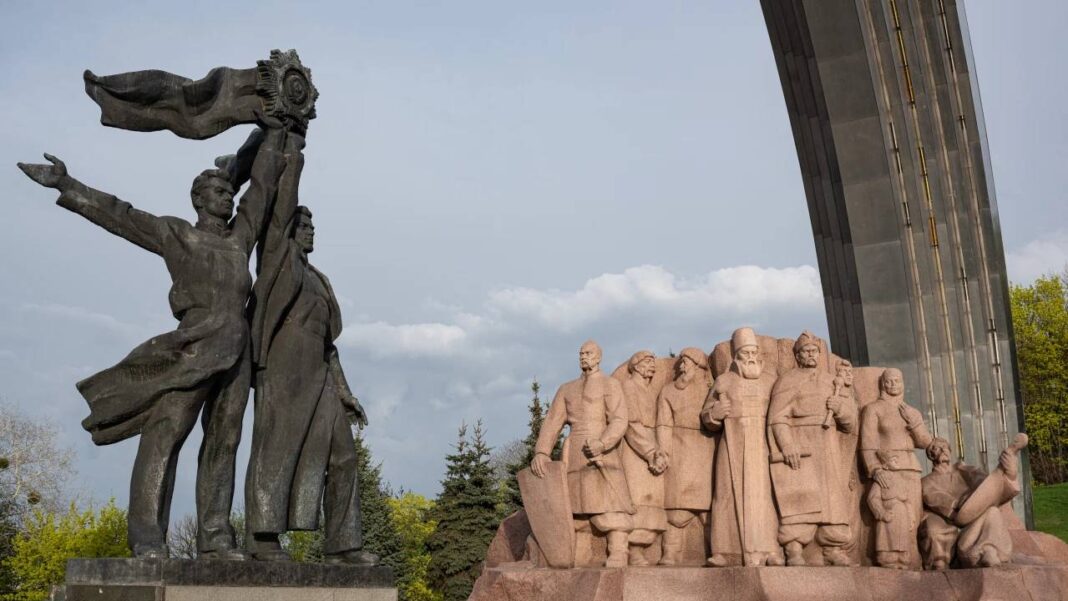 Today, the Kyiv City Hall began dismantling a historical monument of the Soviet era dedicated to friendship between Ukraine and Russia, according to AFP, noting that this is after Russia’s invasion of Ukraine.

AFP reporters saw the head of one of the two figures on the monument, which depicts Russian and Ukrainian workers symbolically holding hands, fall off during a crane dismantling. “Friendship of Peoples” is written on the monument erected in the center of Kyiv.

Today we started the dismantling and plan to finish it in the evening. We are removing the bronze sculpture of two workers, Kyiv Mayor Vitaliy Klitschko wrote in the Telegram, quoted by TARS and BTA.

“Eight meters of metal with the inscription” Friendship between peoples “was dismantled. It is symbolic that the head of the Russian worker fell off, “Klitschko wrote.

The mayor of Kyiv justified the decision to remove the monument to Moscow’s desire to “destroy the Ukrainian state” with his invasion, which began on February 24.