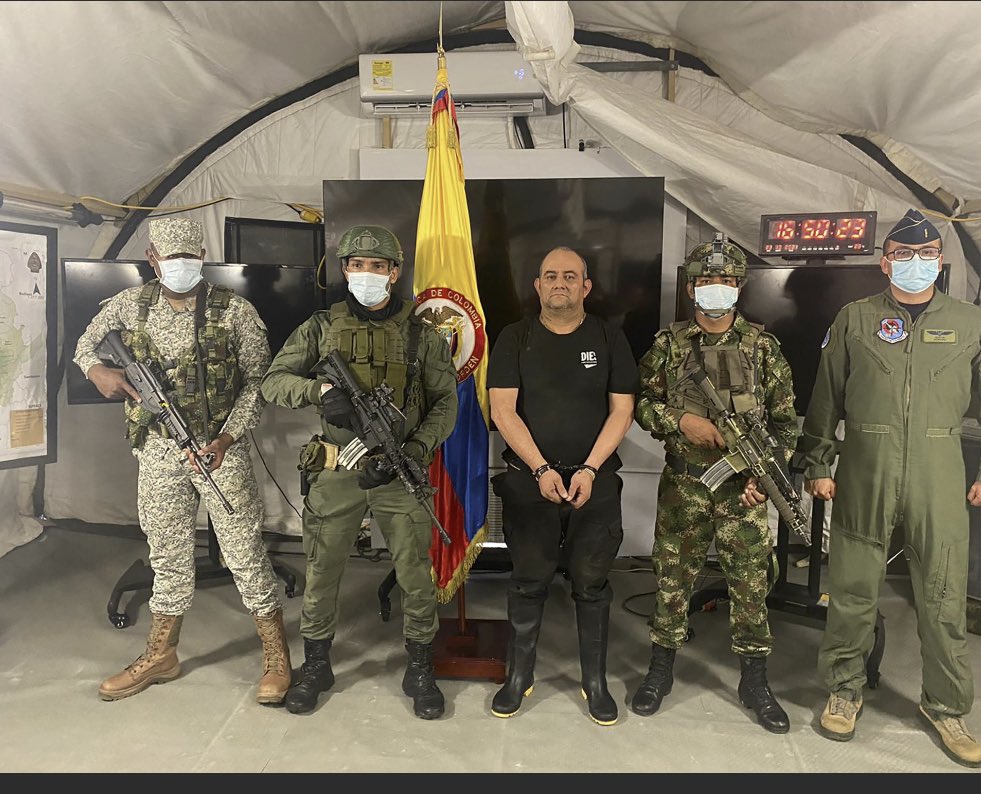 Colombian authorities have arrested Diro Antonio Usuga, aka Otoniel, the leader of the Gulf clan and the country’s most wanted drug dealer, Reuters reported.

Otoniel was captured Saturday in an operation codenamed “Osiris” by the Colombian military, army and police sources confirmed.

“This is the biggest blow to drug trafficking in our country this century. This blow can only be compared with the collapse of Pablo Escobar in the 1990s, ”said Colombian President Ivan Duque in a video message. According to him, a policeman died during the operation.

The Colombian government has announced a reward of 3 billion pesos (about $ 800,000) for information on Ottoniel’s whereabouts, and the United States has offered $ 5 million to help find him.

After being in the ranks of the leftist guerrillas and a short career in paramilitaries, 50-year-old Usuga became the leader of the Persian Gulf clan, one of Colombia’s drug cartels. The cartel has some 1,200 armed men, mostly former members of extreme right-wing paramilitaries, and is present in 10 of Colombia’s 32 provinces.

In 2016, Colombian authorities launched Operation Agamemnon, in which dozens of Otoniel’s assistants were killed and captured and a search for his assets began, forcing him to stay en route, police said.

In a 2017 video, Otoniel announced his intention to be brought to justice, but this did not happen.
In March, Colombian police and the US Drug Enforcement Administration (DEA) arrested Ottoniel’s sister, who was extradited to the United States to face trial on drug and money laundering charges.

In addition to drug trafficking, the Gulf Clan is also involved in illegal mining, authorities said. The Colombian government has accused the cartel of threatening and killing community leaders across the country.
Operation Osiris, which led to the capture of Otoniel, involved more than 500 Colombian special forces and 22 helicopters, Defense Minister Diego Molano said.

Although President Duque announced that the Usugi takeover would end the Gulf clan, Sergio Guzman, director of Colombia Risk Analysis, a political risk consulting firm based in Bogotá, said the new leader was definitely waiting to seize power in the cartel. According to him, the arrest of Otoniel will not change the basis of the drug business in Colombia.