HomeGreat BritainQueen Elizabeth first appeared in public after an interview with Harry and...
Great Britain
14.03.2021, 15:41 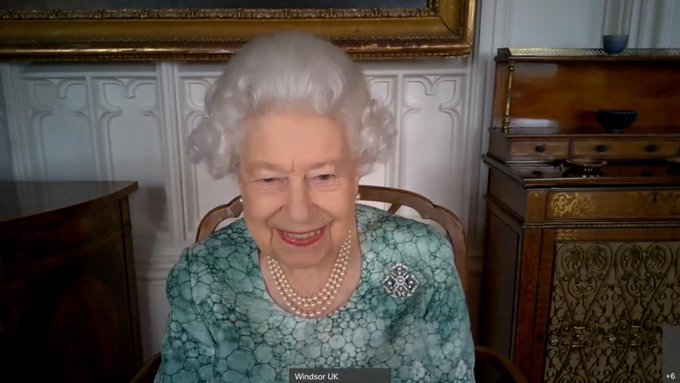 In an interview with Oprah Winfrey, Megan said that a member of the royal family made a racist comment, and Harry criticized his relatives for it.

On Thursday, Harry’s older brother, Prince William, told reporters that “we are not a racist family.”

The Sun, citing an unnamed source, said that Harry’s father, the heir to the throne, Prince Charles, wanted to publish another rebuttal, but the royal family decided not to participate.

In a video call with scientists and schoolchildren on the occasion of British Science Week, the Queen did not mention the interview at all.

Instead, she discussed the latest updates to NASA’s mission to save Mars, as well as the discovery of a rare meteorite that landed in Gloucestershire, western England last month, the first to be found in Britain in 30 years.

“I’m glad it didn’t hurt anyone,” the queen said during a “virtual conference” on Wednesday, although details were released by Buckingham Palace only on Friday.

? The Queen has taken part in a video call with scientists, educators and schoolchildren to mark British Science Week.

? The event celebrates the role played in society by science, technology, engineering and maths, and aims to inspire a new generation of British scientists. pic.twitter.com/nGYyiLnbsy

When astronaut and TV presenter Maggie Aderin-Pocock said she was inspired by the exploits of Soviet cosmonaut Yuri Gagarin, the first man in space, Elizabeth said she met him after arriving at Buckingham Palace.

When asked what he was like, she replied: “Russian, he did not speak English. It was exciting and I think being the first is a special feeling. “