Tourism in the UAE may come to an end: Dubai’s main attraction may disappear along with tourists 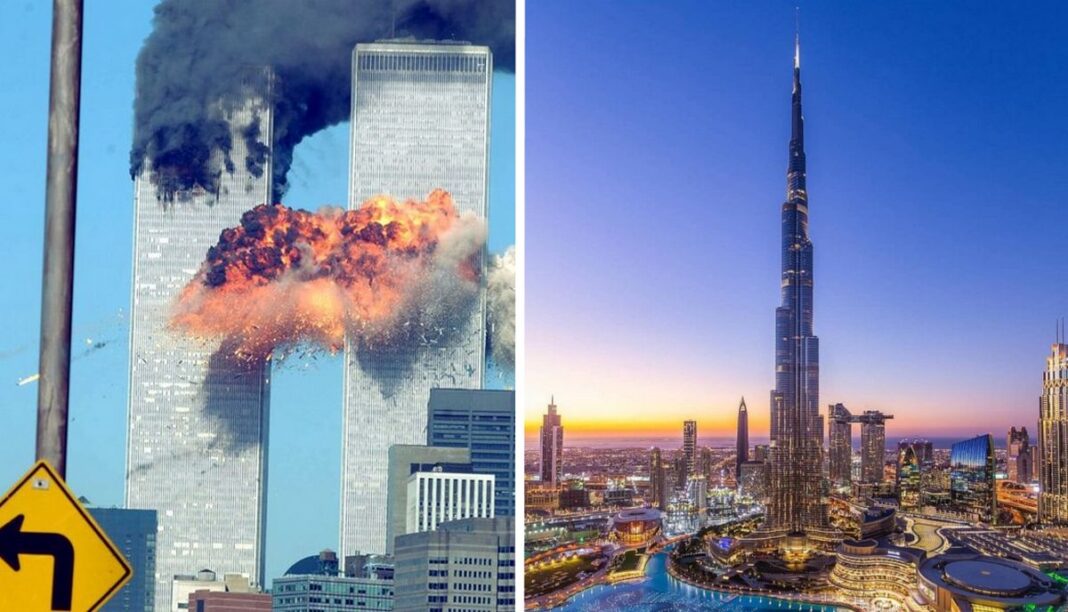 Tourists in the UAE may be threatened by the largest terrorist attack – the Yemeni Hussites have threatened that the main attraction of Dubai, the 828-meter tower of the Burj Khalifa, will fly into the air. And this can happen even with tourists who at the time of the attack will be in this main attraction of Dubai. According to experts from the Free Press, this is a statement by the Yemeni Hussites, who threatened to destroy the world’s tallest building with the help of drones – the Burj Khalifa in Dubai. According to the publication, “threats should be taken seriously”, as some previous strikes achieved the goal. If this happens, tourism in the Persian Gulf will actually repeat the scenario of September 11, 2001, when the skyscrapers in New York were blown up: then this incident led to a sharp decline in tourism around the world, now tourists will be afraid to visit Arab countries. tourism in the UAE in general will come to an end in the next 2-3 years.

Thus, on January 17, the Hussites “rained down cruise missiles, ballistic missiles and suicide drones” for the first time in the UAE, the newspaper reminds. Although air defense systems have intercepted some missiles, many others have achieved their goals. One week later, on January 24, the 1,300-kilometer strike was repeated, leading to the temporary closure of Abu Dhabi airport. Read the details at this link.

According to experts, the situation has entered a hot phase due to the conflict between the Hussite rebels, who control about a quarter of Yemen, including the capital Sana’a, and the international coalition against them, represented by the UAE and Saudi Arabia. Iran has risen up behind the Yemeni rebels – and the situation on this front has been heating up for more than a decade.

At that time, political and ethno-confessional confrontation intensified sharply in Yemen. About 40% of the population of this country are Zaydis, members of the Shiite current of Islam. Others are Sunnis. At the end of 2014, a militia of Zaydi tribes – usually called “Hussites”, launched a large-scale military campaign. His goal was to overthrow the government and establish a Iran-oriented regime in Yemen. On January 23, 2015, the Hussites captured the capital, Sanaa, and the government fled to Aden. Allies, Saudi Arabia and the UAE, then sided with him and launched an intervention in Yemen. Saudi Arabia has stationed about 100 planes and up to 150,000 troops in Yemen. The UAE has also deployed large forces for the anti-Hussite operation. On the other hand, Iran spoke with military support

“Third-party” experts, particularly from Israel, suggest that the key point of the conflict was the Bab al-Mandeb Strait (Gate of Tears) on the southern tip of Yemen, a narrow passage between the southwestern edge of the Arabian Peninsula (Yemen) and the north. eastern, part of the African continent (Djibouti and Eritrea). The Strait connects the Red Sea and the Gulf of Aden in the Arabian Sea and is a vital artery of the world economy. 9% of all maritime trade in crude oil and petroleum products passes through the strait.

As noted by Israeli military-political analyst Jonathan Stayer, “the acquisition by the Iranians, through their Hussite proxies, of control of the territory adjacent to the Strait would give Tehran an extremely important tool for pressuring the passage of these goods and, consequently, the whole world economy. With one blow, Iran could paralyze or seriously disrupt the transit of materials vital to the functioning of Western countries. The intervention of Saudi Arabia and the Emirates in 2015 was designed to prevent this possibility. ” Under pressure from the Saudis, Emirates and loyal forces of the Yemeni Hadi government, the Hussites retreated from a number of regions of the country. But they have not been defeated and still control a quarter of Yemen and its capital, Sana’a.

The result was a stalemate: neither side could win, and the weaker Hussites resorted to asymmetric responses. As a result, the sharp confrontation between the governments of Saudi Arabia, the UAE and Iran in the struggle for oil, trade routes and spheres of influence, trying to share the space and resources of Yemen and the Persian Gulf, threatens the Emirates with losing its image as a key center of international trade.

We will add that despite the explosions at Abu Dhabi airport, the Ukrainian Foreign Ministry has not issued any calls to domestic tourists to be careful in the UAE, and even more so this area has not yet been called dangerous, which is quite strange …

For those who care about a healthy lifestyle, we recommend reading: “Doctors have given advice on how to restore the sense of smell after COVID.”

Sharks hit the beaches of Dubai