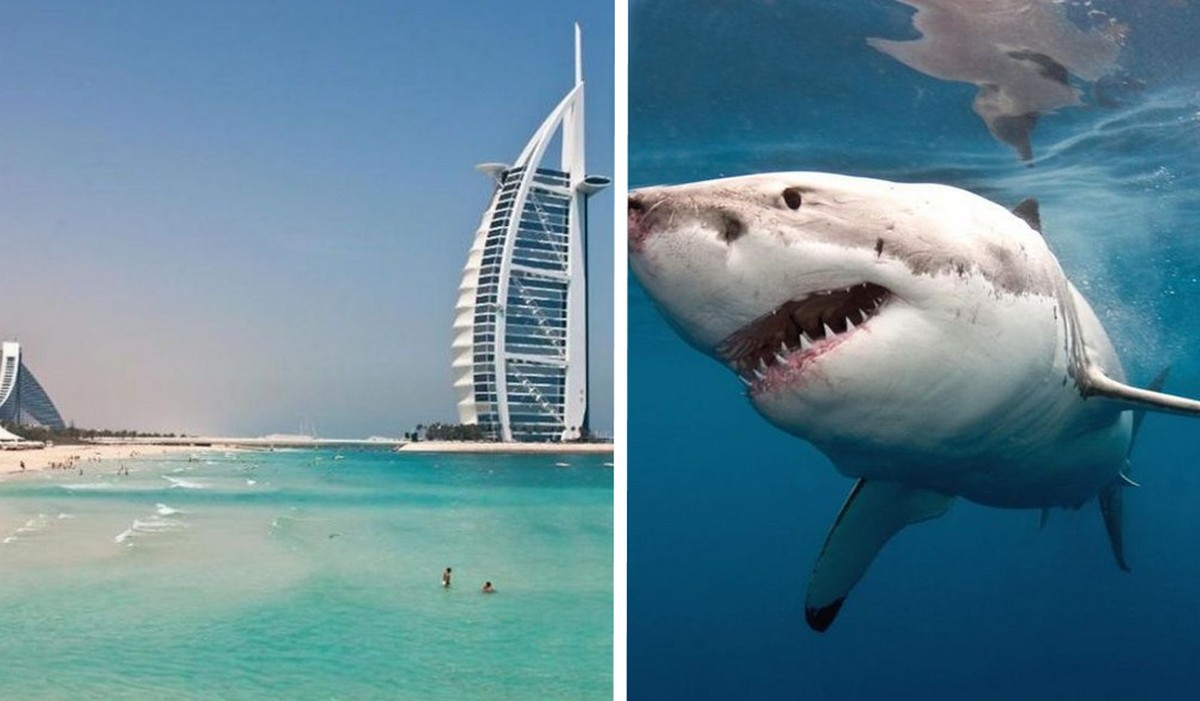 In the popular resort city of Dubai, located in the Persian Gulf, a large shark swam to the shore and scared tourists vacationing on Kite Beach, which is many in the winter season in the UAE. The commotion with the predator was caught on video.

The footage shows the shark swimming in shallow water first around the woman and then around the man, Yahoo news reported. At this time, beachgoers and lifeguards huddled near the shore, watching what was happening and yelling at them to swim to shore.

The tourist, noticing a shark circling her, froze in the water, looking at the predator in horror, and then slowly headed for the shore. The man who unwittingly became the hero of the video did the same. Fortunately, the realization of the movie “Jaws” did not happen, the tourists managed to get ashore alive.

“Even such things happen,” the tourist said in her video posted on social networks. The girl was shocked by the terrible meeting. The video has garnered more than 6.7 million views, with many praising the swimmer’s approach and noting that she was “lucky”. “She was saved, because did not panic and did not splash,” one of them noted. “She did everything perfectly,” wrote another.

Others were shocked by the seemingly calm reaction of other beachgoers, and one person even remained standing in the water despite the shark being several meters away. “Although nothing terrible happened, I think that the reaction of both tourists-swimmers and observers did not convey the seriousness of the situation,” – noted another tourist who read the published video. Later, the girl said that no sharks were seen that day.

Note that sharks on Kite Beach, which is popular, first of all, among kite surfers, but also sought after by beachgoers, are a rare phenomenon. Close to the shore, they hardly swim, although there are 31 species of sharks in the coastal waters of the UAE, and several species pose a mortal danger to humans.