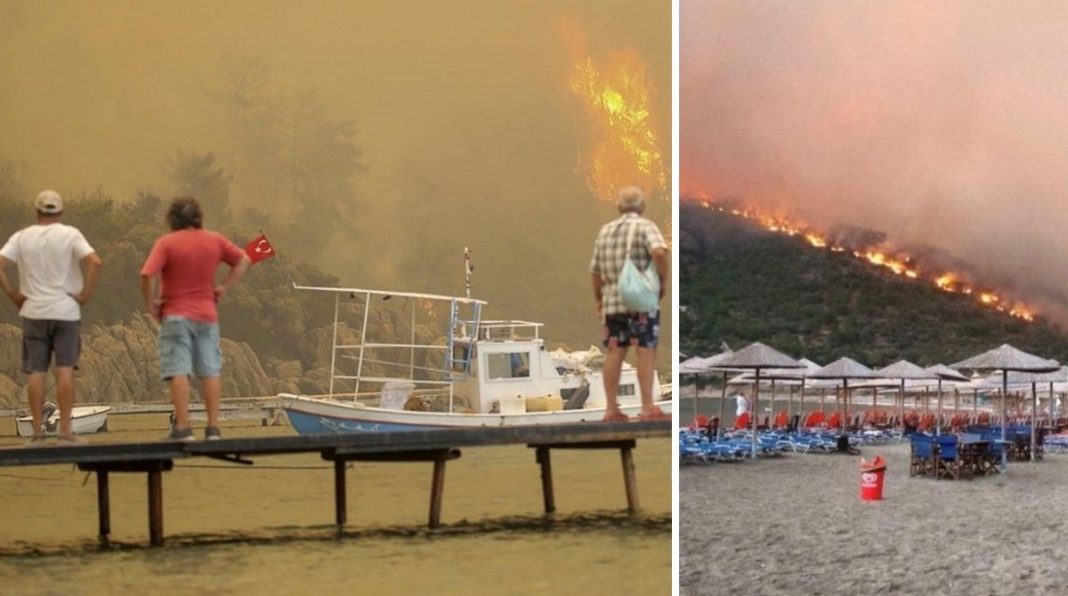 The first suspect was detained in connection with the investigation of a forest fire that broke out in the vicinity of the Turkish resort of Marmaris on Tuesday. According to local media reports, the detainee has already confessed and is giving evidence. It turned out to be a resident from Marmaris.

At the same time, the fire itself has not yet been extinguished: on Thursday, a strong wind fanned the flames again, firefighters continue to fight the fire, and expect to bring it under control. Recall that the fire broke out in the Hisarönü area in Marmaris at about eight in the evening, followed by outbreaks in the same province in Berdubet-Mevkia and Kufri Bay.

The fire spread due to very hot weather and wind. Firefighting teams of the Muğla Regional Forestry Department have been dispatched to the region. At least 30 houses were evacuated because they were threatened by the flames. According to Minister of the Interior Suleyman Soylu, the versions of arson were also checked from the very beginning – to which the fact that the fire started simultaneously in several places has been checked. Read the details at the link.

As a result, according to the head of the Turkish Ministry of Internal Affairs, a resident was detained, who confessed to starting a fire. He was taken into police custody and is already testifying.

We also recall that last year, forest fires in Turkey became a real disaster for resorts: even hotels burned, and tourists were massively evacuated. So, since the beginning of July, the fire has engulfed the forests in the resort provinces of Antalya and Mugla, many settlements have suffered from the fire, and hotels have also “got it”. In total, 120 fires were recorded in tourist areas, the resorts of Marmaris and Bodrum suffered the most, where tourists were evacuated from hotels, etc.

There were also casualties – in particular, a Russian fire plane that arrived to help crashed. In total, more than 133 forest fires were recorded in the summer season of 2021, while in previous years – from 2008 to 2020, more than 43 fires per season were recorded. Among the accused, international terrorism was also identified, as terrorist organizations claimed responsibility for the fires, greedy hotel developers who cleared the territory, and even Russian tourists.

Marmaris hotel caught fire due to a forest fire

The famous resort of Turkey was occupied: one hotel burned down, emergency evacuation began from others