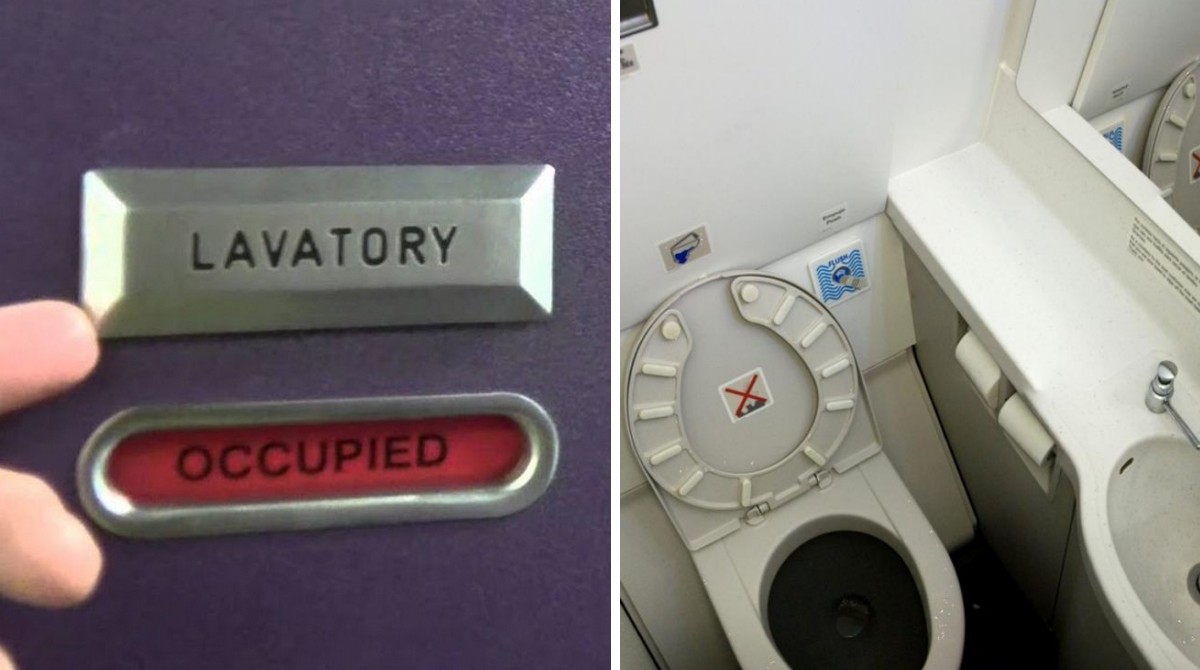 The simple rules for opening a toilet door on an airplane were revealed by two flight attendants in a rather scathing video on Tik Tok. As the authors of the video themselves stated, this constant mistake of passengers can easily anger them, especially when they are repeated every day, on hundreds of flights, often for twelve hours in a row. It’s all about the stupidity of some tourists.

First, the author of this staged video, @allycase1, “reaches out” to a colleague on the plane, literally walking up to the toilet door and asking: “Excuse me, is this a toilet?” – To which the answer is: “Oh yes, it is right here. Yes, it is in front of you.”

Next, the “passenger” tries with all his might to open the double door of the toilet, which is followed by the flight attendant’s advice: “Yes, just push it.” A sign “PUSH” (translated into Ukrainian – push or push) traditionally hangs on the door itself. This advice is given to the tourist about half a minute into the video.

“Push is written on the door, but people’s brains seem to shut down when they approach the door. They seem to be trapped and don’t understand what to do,” explained the authors of the video. Not all passengers understand that the door to the toilet in the plane folds in half like an accordion, for which it is necessary to press it in the middle.

And indeed, many commentators to this clip admitted that in fact – it happened, they made this “maddening” mistake. “I know how it works in theory, but I keep forgetting it in front of the toilet door. The boys are right,” said one of them.