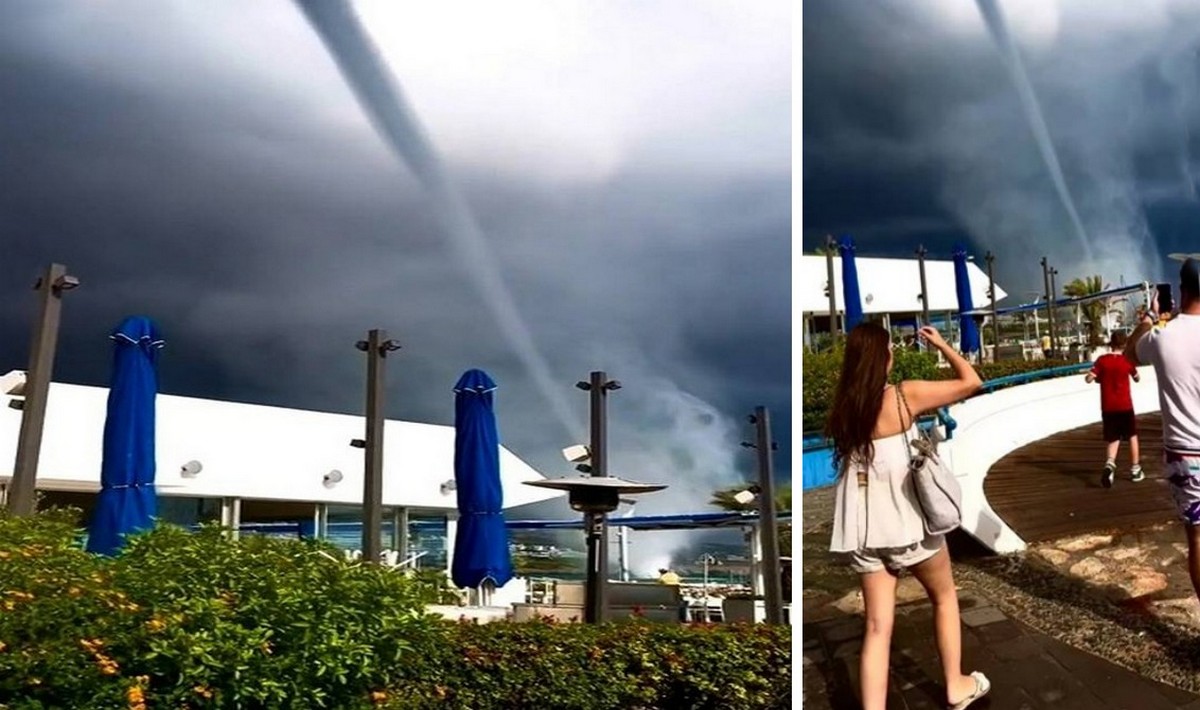 A sudden hurricane covered the favorite resort of foreign tourists in Spain – a natural disaster struck the famous Marbella right during sunny weather when nothing foreshadowed disaster. The wind speed, as they say, reached 300 km/h.

As a result, the tornado, which came from the sea, uprooted trees, overturned scooters, and demolished everything that was not fixed. According to eyewitnesses, tables and chairs from expensive bars were flying in the air.

Reference: Marbella is considered one of the most luxurious resorts in Spain. The city in the province of Malaga, on the famous coast of the Costa del Sol, is considered one of the most popular and richest resorts since the 50s of the last century. However, his fame is somewhat “spicy” – since Spain did not take part in the treaties on the extradition of criminals, Russian oligarchs, who obtained fortunes in the 90s by very illegal methods, “took root” there. However, tourists are more attracted by the famous beaches and the charm of the “Andalusian flavor”.

In popular Malaga in Spain, inflatable penises and sex dolls were banned