Sharks swim in Florida subways and streets after Hurricane Jan 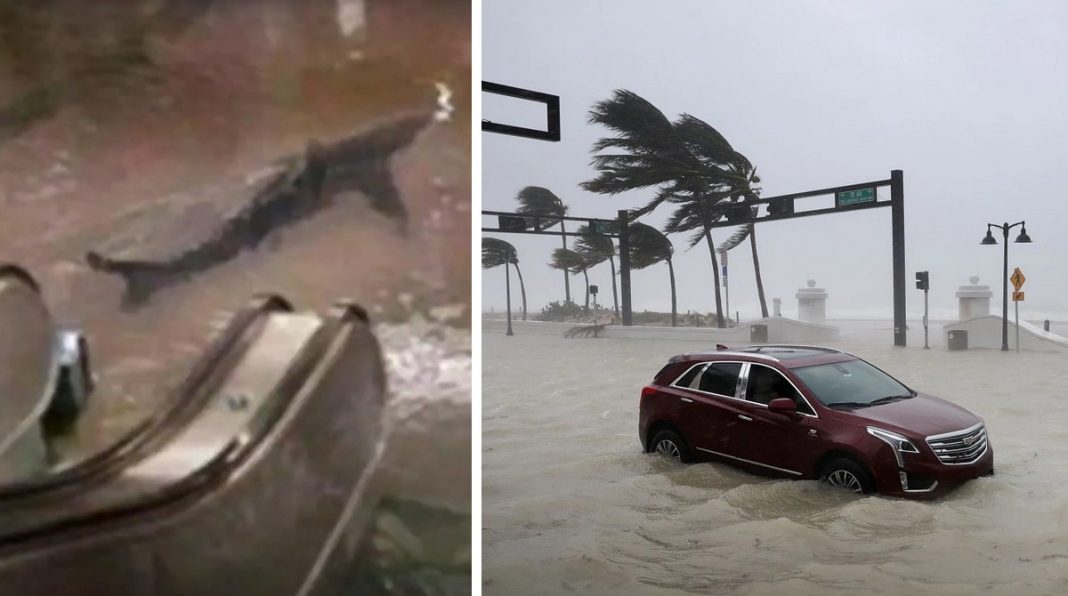 Hurricane Ian hit the state of Florida with deadly speed and caused catastrophic damage. Millions of people were left without electricity, houses were completely submerged, sharks brought by the elements swim in places.

Gusty winds up to 240 km/h and biblical showers over the southwest coast of Florida. Hurricane Ian is one of the strongest hurricanes in American history and continues to move inland.

The hurricane even “brought” sharks to the local subway and flooded streets. Such a disaster happens once every 20 years, forecasters warn.

Hurricane Ian was and will continue to be a very dangerous and life-threatening hurricane. Residents of Florida on the coast are already feeling the catastrophic effects of the natural disaster, said FEMA representative Deanne Criswell.

Nearly two and a half million people in 12 Florida counties were evacuated. The authorities advise all those who did not manage to get out in time to close themselves in their houses and ensure their safety. And US President Joe Biden urged residents to heed all warnings related to the storm.