HomeBrazil"Mystery of the Naked Tourist": In Brazil, rescuers pulled a completely naked...
BrazilSportTourism
15.09.2022, 11:00

“Mystery of the Naked Tourist”: In Brazil, rescuers pulled a completely naked man from a 90-meter gorge 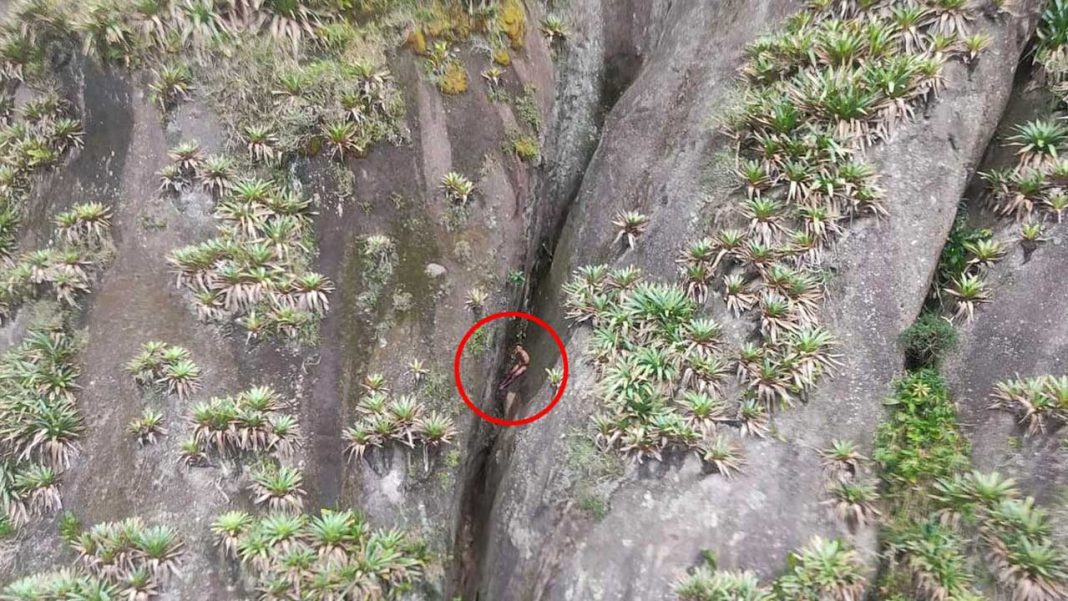 In Brazil, rescuers pulled a completely naked man from a 90-meter gorge in the Mestre Alvaro Natural Park. At the same time, the young man could not explain how he ended up there, Dip.org.ua reports with a link to The Mirror.

The victim was found after a passerby heard his cries for help. Rescuers were startled when they arrived at the scene and found that the man had no clothes on. They were also amazed that he was still alive after falling from such a height.

“We sent rescuers to the scene, and they found the victim in a crack between two cliffs. He could not get out on his own,” the fire department said.

They emphasized that the naked man was in a very inaccessible place.

“There was a risk that he would fall at any moment. We had to use a helicopter to fly up to the gorge and lower the rescue basket there,” the rescuers said.

After the rescuers removed it, the victim was hospitalized with injuries and hypothermia. The doctors gave him medical attention. The rescued was a 19-year-old man who came from the city of Vila Velha, located 30 kilometers from the reserve.

The victim could not explain to the rescuers why he was not wearing clothes. He stated that he did not remember how he ended up in the gorge, but said that he was on the reserve with friends.