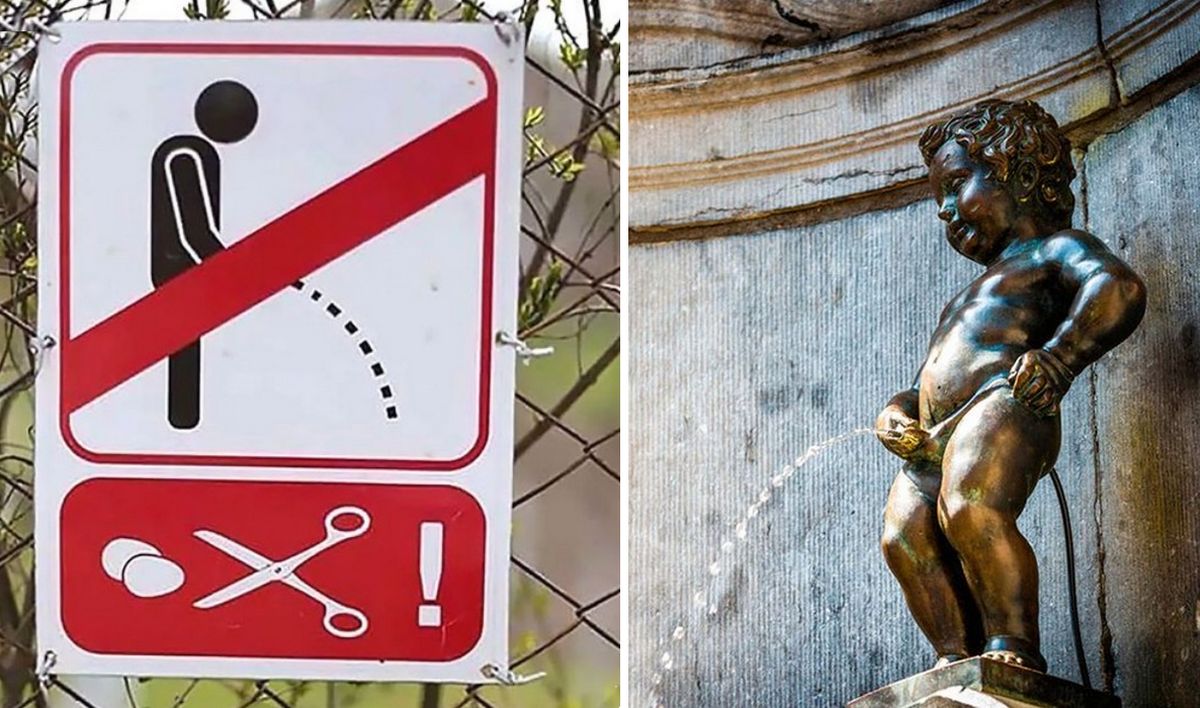 With a special paint with a water-repellent layer, they decided to fight with tourists urinating in the “bohemian” district of Soho in the very center of the famous London. As assured by the city council of Westminster, the area in which Soho is located, the paint “will give criminals an unpleasant surprise”. However, this is only one of the measures that the authorities intend to take as part of the “Don’t pee in Soho” campaign, there will be other measures. The company was initiated by residents who said that the constant smell of urine from tourists urinating in all the alleys was exhausting them.

As for the paint, it will cover the most popular places among “party lovers”. The fact is that the Soho area is known for its nightclubs and other entertainment – which, unfortunately, also attract lovers of casting in the backyard. Before the season of Christmas parties, paint was applied to most places that had to be cleaned especially hard, and, as the city council said, five more locations must be painted.

As the city council assures, the paint creates a water-repellent layer, as a result of which the offender, having urinated, will find himself in the spray of his “product” – and “will remain wet.” Because it is necessary to spend almost 950,000 pounds a year on cleaning the streets, all funds are good, the authorities are sure.

This is not the only way to fight against “lovers of peeing in the backyard” – the authorities have created a unique campaign “Don’t pee in Soho”. In its framework, tourists, for example, are warned about fines if they are caught. Leisure facilities in the county will be offered information packs to share posters with this information in toilets and on social media, also urging tourists to empty their bladders before they leave the club.

“More and more people are having fun in Soho and the West End, but not all are behaving decently. The original paint is one of the steps we are taking to discourage people from needing a public place or private property,” Cllr Aisha Less, deputy leader and cabinet member for communities and public protection, told British media. She noted that violators also have to pay a “huge fine” — which is the last thing people who come to have fun want. “I feel personally offended when I have to walk past men who have urinated on the street, especially at night, and it’s also dangerous. If you were wading through streams of urine every night to get to your front door, you would approve of any measures,” added Lucy, a resident.

The campaign “Don’t pee in Soho!” also provides a “gingerbread” for tourists who will try to be conscious – and is generally very useful for tourists. It also includes the creation of an interactive map showing the location and hours of operation of all free toilets in the area. Sometimes such information is priceless for a tourist — unless, of course, he is one of those who like to cast in the backyard.

Three most visited cities in the world: from floating markets to old castles