In South Africa, a great white shark mauled a tourist in shallow water 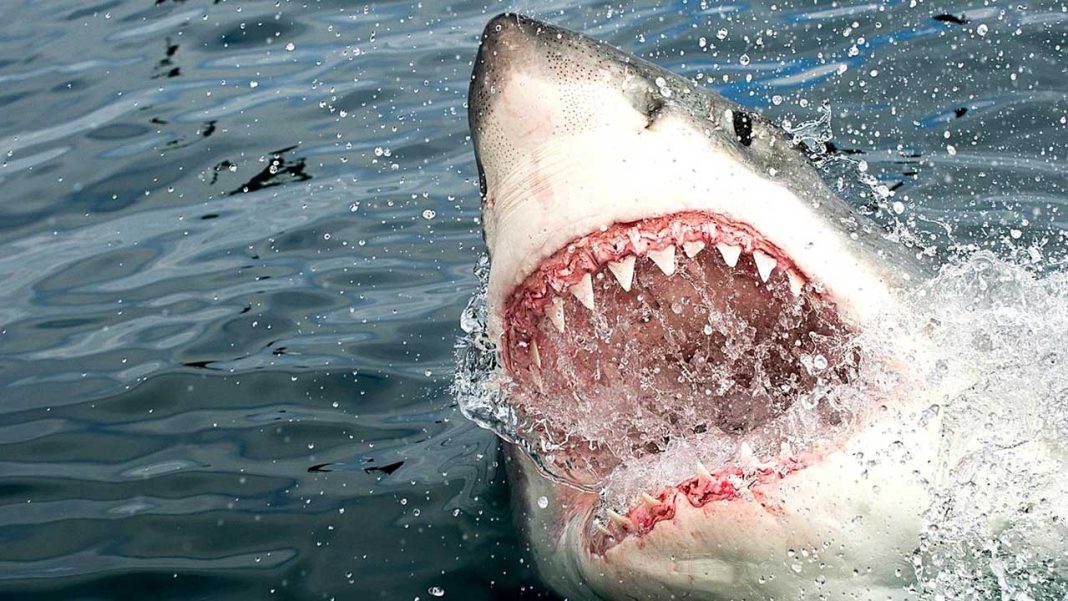 A foreign tourist was mauled by a great white shark off the coast of South Africa. According to local media, the attack took place in shallow water.

The tragic incident happened early Sunday morning with a 39-year-old tourist who arrived shortly before the state of emergency at the resort from Cape Town. Together with her husband and 5-year-old daughter, she went to the beach in anticipation of a sunny day.

The woman went into the water up to her waist, nothing foreshadowed trouble. However, eyewitnesses soon noticed that the tourist was desperately struggling in the water, and the water around her turned red. After a couple of seconds, the face of a great white shark appeared out of the water. Vacationers who were nearby in the water rushed to the shore screaming. As witnesses suggested, the predator approached the victim along with the wave, so it went unnoticed.

The instant attack was so brutal that nothing could be done to save the young mother. Police launched an investigation and urged tourists to be careful along the coastline of Plettenberg Bay and the Southern Cape.

The Coast Guard arrived at the scene and found the bloodied and already lifeless body of a tourist in the water about 15 meters from the shore. Usually, great white shark victims lose blood quickly when their arteries are torn by razor-sharp teeth, and as a result, many unfortunate tourists suffer heart attacks and then die.

Over the past 25 years, 37 fatal shark attacks have occurred in South African waters. The activity of these marine animals between Port Elizabeth and Cape Town increases in winter during the annual sardine fishery, an important source of food for them in the winter season.