I’ll shoot you: the Russian who promises to blow up the plane was twisted by the police, removed from the flight to Thailand 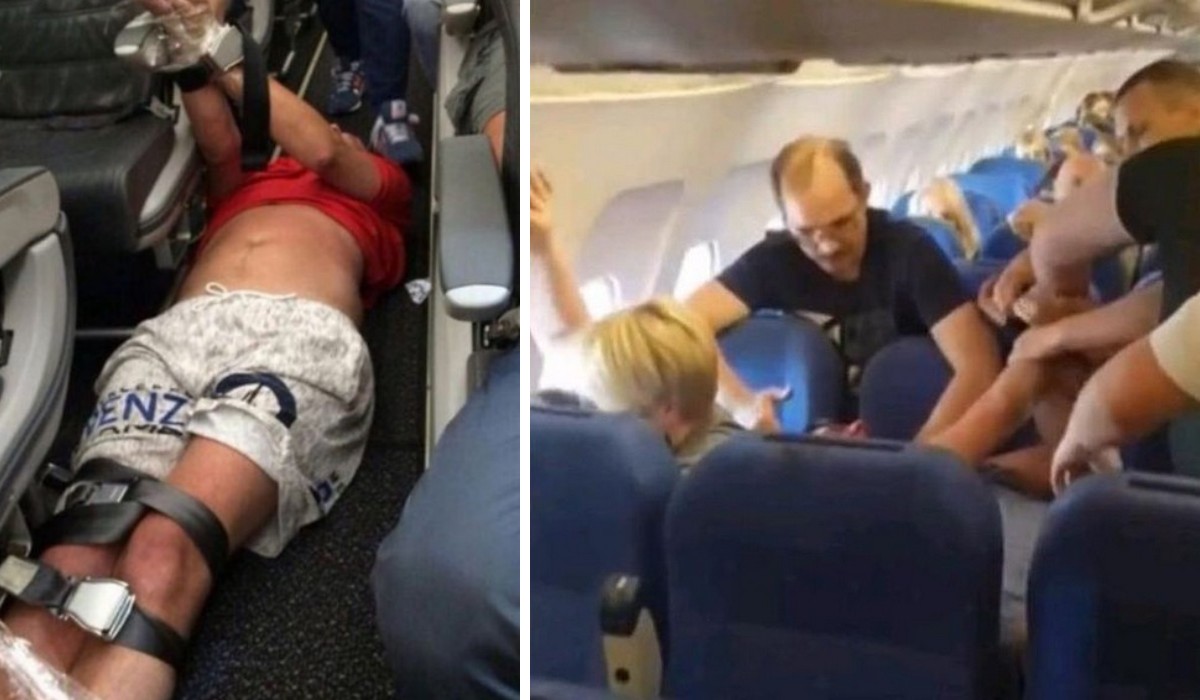 A scandal on a plane involving a drunk brawler and his wife delayed the departure of Russian tourists from Krasnoyarsk to Thailand. Deboshir, who threatened to blow up the plane and “shoot in the city” a passenger who tried to calm him down, was arrested by the police.

The accident happened in the morning at the Krasnoyarsk airport. According to “MK-Krasnoyarsk”, flight SU 634 was supposed to depart at 10:20 local time, but the departure had to be postponed to 14:00 due to an inadequate passenger.

According to eyewitnesses, the man got on board already drunk. It is not known exactly what he did not like, but he began to riot and shout threats at those around him. In addition, the brawler threatened to blow up the plane and “shoot” the flight attendant, which is probably trying to calm him down. According to some reports, the brawler flew to Thailand with his wife and children.

As a result, the crew called the police, who detained the brawler. We will remind you that in the Russian Federation, serious terms have already started to be given to “beshketniks on board”. And if you add to this the threat of an airplane explosion – “to go crazy”, then you can get a severe term.

We will remind you that the most famous air troublemaker in Russia is considered to be Serhiy Kabalov, who “became famous” on a tourist flight. At the end of January 2013, the Main Department of Transport of the Ministry of Internal Affairs of Russia opened a criminal case for the beating of a flight attendant on board the A320 airliner of the Kogalimavia airline, which was flying on flight #9521 from Moscow to Hurghada. Then a drunk tourist, after he was forbidden to smoke on board the liner, attacked the 23-year-old steward, who made a remark to him, and also broke the nose of one of the passengers. When he arrived in Russia, the hooligan realized what he had done and hid from justice for quite a long time: only on December 9, 2013, the jury in the Moscow City Court unanimously found businessman Serhiy Kabalov guilty of attempting to hijack a plane en route from Moscow to Hurghada. During the debate, the prosecutor asked to find Kabalov guilty of committing crimes under the articles of “deliberately causing minor harm to health with hooligan motives” and “attempted hijacking of an aircraft with the use of violence dangerous to life or health.” And in the end, in February 2014, Kabalov was sentenced to 3.5 years in a strict-regime prison in the case of an attempted hijacking of a plane and causing slight damage to the flight attendant’s health.