HomePortugalFive reasons to visit Lisbon at any time of the year
PortugalTourism
08.08.2022, 14:30

Five reasons to visit Lisbon at any time of the year

Recently, Portugal gave tourists a great gift: on the mainland, all covid restrictions were lifted. Why not go to the capital of a southern country and do five things that are possible only here?

Lisbon’s most recognizable architectural landmark recently celebrated its 500th anniversary. The fort on the island was built in 1520 in honor of Vasco da Gama’s discovery of the sea route to India. Therefore, there are so many marine motifs in the design: ropes, knots, and astronomical figures. The sculpture of a rhinoceros, which serves as a support for one of the corner turrets, is knocked out of the theme. The exotic animal presented by the Indian sultan impressed King Manuel I so much that they decided to immortalize the animal in stone.

During its long history, the tower managed to visit a fortress, a powder warehouse, a prison, a customs office, a telegraph office, and even a lighthouse. Now it’s almost empty inside. It’s worth stopping by to see a small collection of cannons, look out the window at that same rhino and admire the Tagus River from the observation deck on the roof.

The most popular Portuguese sweet among tourists is sold at Pasteis de Belem. The institution was founded in 1837, and since the beginning of the 20th century, it has been owned by the same family. The recipe for custard baskets is kept in strict confidence: only five people know the intricacies of production. All this mystery only fuels interest.

Every day the cafe serves up to 5 thousand visitors and sells about 20,000 cakes. Although the institution has several spacious halls, there is always a queue in front of the entrance. Or rather, there are even two of them – the one in which they stand behind a takeaway delicacy is usually shorter. Famous confectioners have a lot of imitators, but no one has yet been able to reproduce the original taste.

The Lisbon-born musical genre is on the UNESCO Intangible Heritage List. The origin of fado is shrouded in mystery: some researchers elevate it to the songs of sailors of the era of the Great Geographical Discoveries, others to traditional Arabic motifs. Be that as it may, by the middle of the 19th century, fado music took shape as an independent genre. At first, it sounded in taverns for the townspeople but soon made its way to the palaces of aristocrats.

Today, the popularity of Lisbon street music has gone far beyond Portugal. Concerts of well-known fadistas are also held in Russia, there are elements of fado in the song of the recent Eurovision winner Salvador Sobral from Lisbon. But these are all commercial varieties of the genre. In its original form, fado can be heard performed by street musicians – for example, in the historic quarter of Alfama, which is considered the small birthplace of this genre.

Look at the azulejo 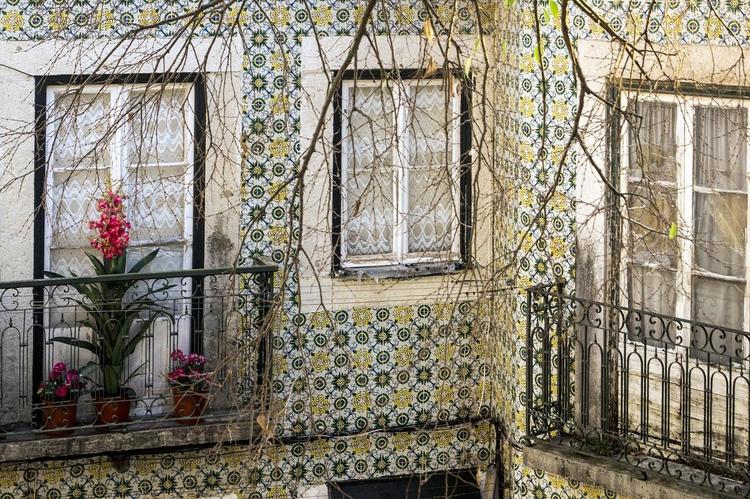 If not everything is clear with fado, then one can say for sure about azulejos: this is the legacy of the Arabs who once inhabited the Iberian Peninsula. Even the name of the painted ceramic tiles goes back to the Arabic word “az-Zulaij”, which translates as “pebble”. True, Moorish tiles were very different from modern ones: they were four-colored and had only a geometric ornament.

Azulejo received the usual white and blue scale in the 18th century. At the same time, ornaments replaced pictorial subjects on historical and everyday topics. Tile panels can be seen all over Portugal, but Lisbon has most of them. Azulejos are decorated with facades of restored buildings in the Old City and most of the Lisbon metro stations. The artist Maria Keil alone has decorated 19 stations with ceramic panels in 25 years. And in Lisbon, there is the Azulejo Museum, which presents collections of Portuguese ceramic tiles from different eras.

It is not often that transport has the honor of becoming a real symbol of the city. Notable examples include London’s double-decker buses and New York’s famous yellow cabs. In Lisbon, the transport symbol is also yellow, but these are not taxis, but trams. Charming trailers, built almost 100 years ago, run along route number 28. The path takes about an hour, runs through the entire historical center, and consists of many sharp turns, turns, ups, and downs. In a word, you will not be bored on the road.

It is an important means of transportation for locals and a popular attraction for tourists. Therefore, the yellow trams are packed all day long. To ride in a more relaxed atmosphere, either the early morning until 9 am, or the evening from 7 pm to 10 pm is suitable for a trip. In both cases, it is worth taking a women’s or men’s hoodie with you: in the morning and evening hours, the weather is quite cool.

Of course, this is not all that you can do in the Portuguese capital. Whatever your tastes and hobbies, in Lisbon you can always find something interesting for yourself and leave a piece of your heart in the city.

Germany extends the facilitated entry procedure for tourists until January 31, 2023

Istanbul airport has again become the busiest in Europe

Sharks swim in Florida subways and streets after Hurricane Jan

The war crept into the resorts of Greece and Turkey

What can surprise you in Baku

The best fashion trends of this season