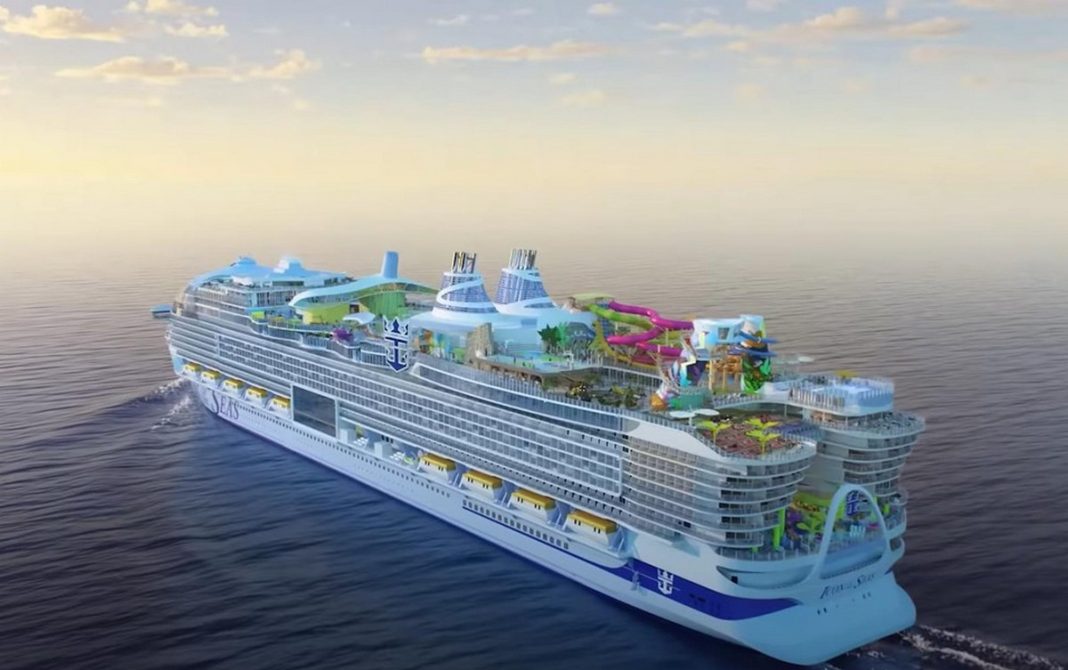 The largest cruise liner in the world is to become the new Icon of the Seas from the cruise operator Royal Caribbean. “Even the Titanic is tiny compared to this ship,” the company announced.

Royal Caribbean has officially announced the Icon of the Seas cruise ship. It will surpass Wonder of the Seas, which currently holds the title of the largest ship, and will become the largest cruise liner in the world. Icon of the Seas is expected to make its debut at the end of next year, and on January 28, 2024, it will go on its first cruise with tourists. Reservations on the Royal Caribbean website are now open.

The number of attractions for tourists on the liner is really impressive: it will include the world’s largest water park of the 6th category at sea. There will also be a huge space on the ship called the Aqua Theater with restaurants, bars, and lots of other places to keep tourists busy. The ship will have eight “districts” of cabins, with three floors reserved for families only, and these three floors will be equipped with all the relevant infrastructure.

There will also be 7 swimming pools on board, four of which will be located in the three-story Chill Island pool. Here, again, there will be restaurants, clubs, and entertainment areas. Tourists are also promised a mini-Central Park, ice skating, a golf course, a 47-meter waterfall, and climbing will be part of Icon of the Seas.

In total, it will be possible to load 7,600 passengers on the liner – together with the crew, the number of people on board will reach a maximum of 10,000. The cost of the ship is 2 billion dollars. As experts add, the length of its body reaches almost 400 meters. The legendary “Titanic” was only 269 meters – and against the background of this ship “it would seem like a boat”, experts assure.

Royal Caribbean is building the largest cruise ship in history

It is recommended to completely ban sea cruises