Archaeologists have unearthed the skeleton of a man who was bitten by a shark 3,000 years ago 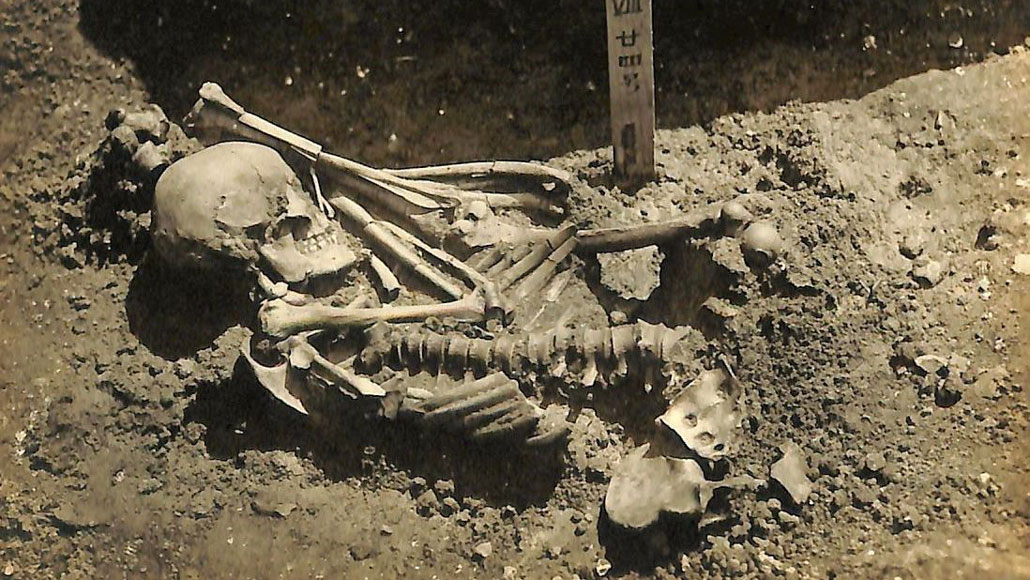 Somewhere off the southeast coast of Japan about 3,000 years ago, a shark attacked and killed a man who was probably fishing or diving for mollusks. Subsequently, the victim’s fishing companions presumably brought the body without cutting off his right leg and left arm to land for burial.

A new analysis of the partial skeleton of this unfortunate man, excavated about a century ago in a rural cemetery near the Seto Sea in Japan, has revealed this horrific scenario. This man from ancient Japanese culture, Jamon, is the oldest known victim of a shark attack, say archaeologist J. Alyssa White of Oxford University and colleagues. Radiocarbon dating indicates his death from 3391 to 3031 years ago, researchers say in the August Journal of Archaeological Sciences.

The skeleton of a fisherman in Puerto Rico, about 1,000 years old, showed the earliest signs of an encounter with a shark.

White’s team documented at least 790 cuts, punctures and other bite injuries, mostly limited to the arms, legs, pelvis and ribs. A three-dimensional model of these injuries shows that the victim first lost his left arm while trying to fight off a shark. Subsequent bites cut the main arteries of the legs, which quickly led to death.

Researchers say that after the man’s body was found, his mutilated left leg probably separated and was placed on his chest when he was buried.

In the USA, a shark ate a tourist’s wife right in front of him

Sharks hit the beaches of Dubai