HomeAlgeriaThe Ministry of Foreign Affairs accepted copies of credentials from the newly...
AlgeriaUkraine
08.12.2021, 15:00 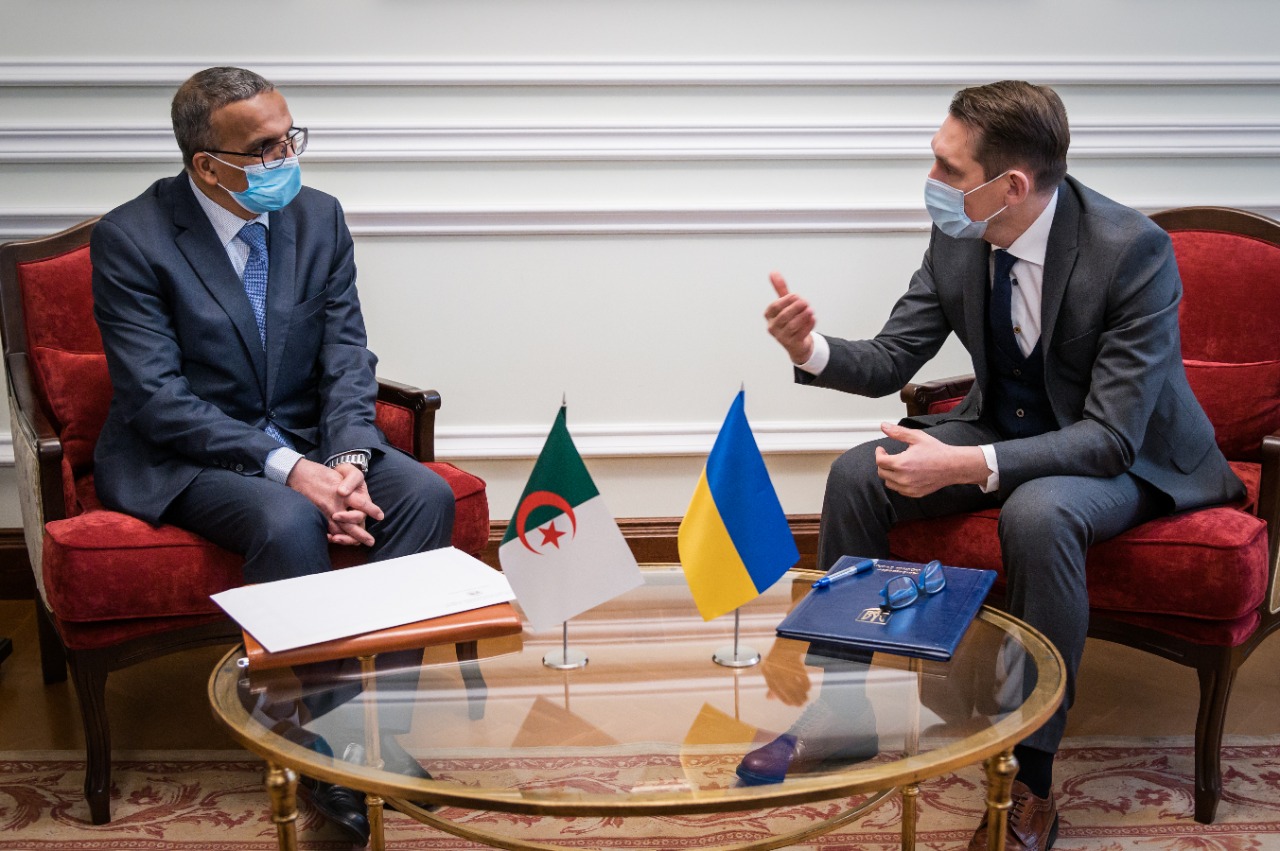 On December 6, Deputy Minister for Foreign Affairs of Ukraine Mykola Tochytskyi received copies of his credentials from the newly appointed Ambassador of the People’s Democratic Republic of Algeria to Ukraine Jigad Eddin Belkas.

The Deputy Minister wished the newly appointed ambassador success in his further work.