HomeMedicineA British tourist's breasts fell off after an operation in Turkey
MedicineTourismTurkey
13.01.2023, 10:35 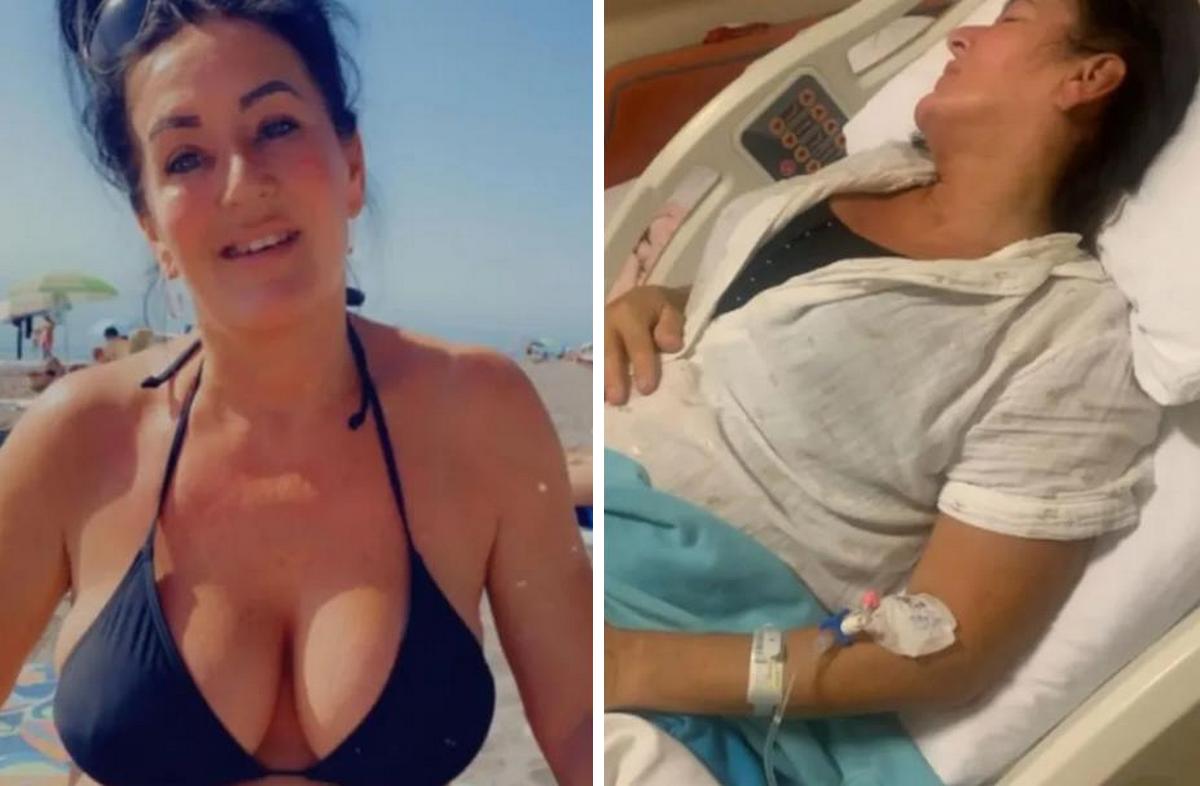 A foreign tourist who visited Turkey as part of medical tourism was horrified by the consequences of breast plastic surgery: after returning home, the woman’s implants fell out. The victim made public the story of the failed operation and urged them not to repeat her mistakes.

48-year-old British woman Kelly Young went to Turkey to “just lift her breasts and make them more elastic.” A friend who had to have her teeth done went with her on the tour, The Sun newspaper reported. As the traveler later stated, she should have provided references about the clinic before trusting it.

It was clarified that 24 years ago, the woman underwent surgery in the UK to increase the size of her breasts to a D level. But when the right implant ruptured in 2018, she decided to replace it and lift her breasts. In September, she spent £6,200 on the initial operation, flight, and accommodation for the second procedure in Turkey. “I have been waiting for years to do this. I didn’t want to be without implants and thought I’d get a lift. Turkey was the cheapest destination for my purpose. When I returned, my daughter came to change my bandage and said that the stitches had come apart. Then she cried. My doctor said that there was an infection and prescribed me antibiotics. I went to the nurses every day for dressings. The discharge started from the hole that was formed, later they became stronger, and the hole got bigger,” said the British woman.

According to her, doctors had to stuff cotton wool into the hole every day to keep it from getting bigger. But in the end, it still got too big and the woman went to the hospital. “It was a huge hole. I didn’t want to look at it and not want to know what was going on there. I decided to return (to Turkey). I had to get on a plane with the implant sticking out, I was terrified. The next day after the operation, she began to bleed profusely. The surgeon said it was normal and it would be like that for a few more days, so I flew home, but the wound opened in another area,” she added.

A breast surgeon in the UK told a patient she was losing her second implant due to a “massive infection”. In this case, you need to wait six months before inserting a new one. “Every day the hole became bigger and bigger, so I returned to Turkey. They said there was nothing they could do, they would take the implant out and I didn’t need any more treatment or a lift or anything. He (the doctor) said that I have tiny breasts and a little sagging skin and that’s it. I flew home because I was depressed there,” Yang clarified.

After removing the implants, the British woman’s confidence in a positive result was shaken, and now she is looking for another surgeon who can correct the consequences. “I am not satisfied with my appearance. I take anti-depressants, and when I was there (at the clinic), I wanted to jump off a cliff. I have three scars and a flat chest. I feel like a different person. I have to have my breasts done, I won’t be able to wear a bikini – the summer will be a nightmare,” the British woman was indignant. In addition, she said that she did not expect to have complications and “then after seven weeks I was just told that I could not do any more operations.”

The method of payment also added to the woman’s problems. As it turned out, she paid in cash. However, she did not say whether she was issued any contract or check to confirm the fact of the service provided: “People need to study all the possible complications in advance and make sure that they do not pay in cash, because if you pay by card, you have more rights”.

A travel warning has been issued for Turkey: dangerous areas have been named

22 deaths of tourists: the Ministry of Foreign Affairs issued a warning about trips to Turkey by one type of vacationers