The story of Leroy Merlin: from a small store to a global network 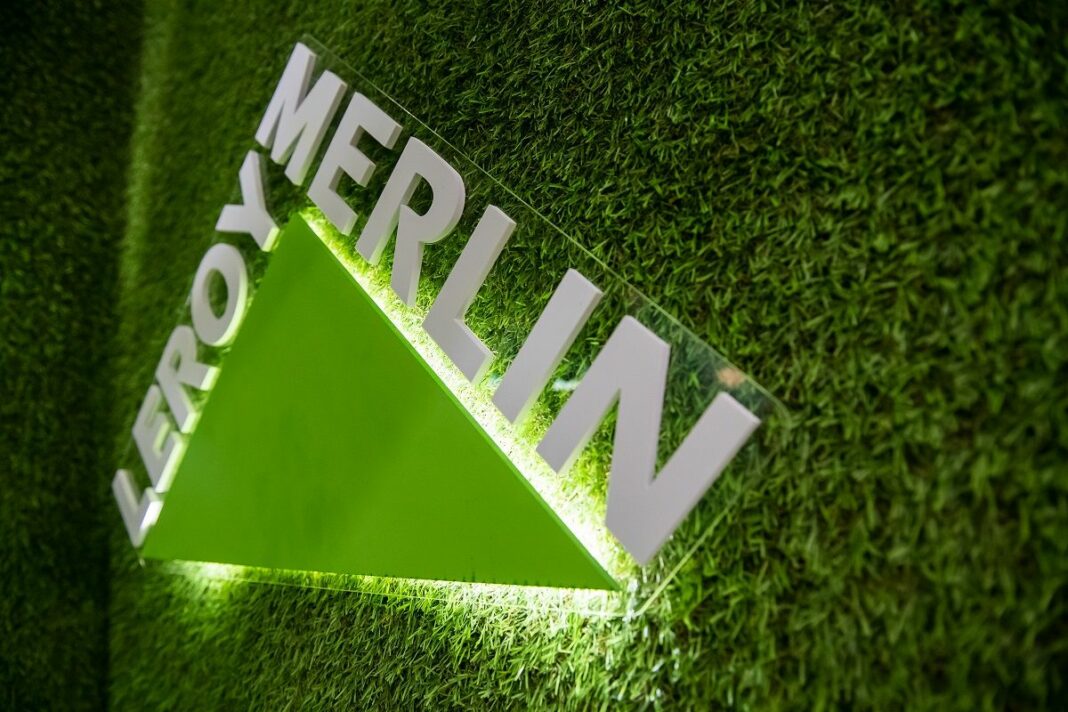 The small French town of Nie-les-Mines, 1923. Adolf Leroy, who was 19 at the time, marries a sweet girl, Rosie Merlin. The young man was nothing but, gaining entrepreneurial experience in the family business, Adolf in the town of Ni-Le-Min engaged in trade in military surpluses left by the US Army after the First World War. The Merlin Rose family consisted of merchants, and she herself knew how to do business, so Adolf became not only a good wife, but also an assistant in the development of their shop Au Stock Americain. The couple soon realized that the sale of military equipment needed to add construction accessories and even furniture, and they decided to buy it directly from the manufacturers, receiving good discounts.

The business strategy of the Leroy-Merlin family was successful, sales increased so much that in the second half of 1920 the couple decided to move to their own production. A good argument in favor was that the population of Ni-Le-Min consisted mainly of the working class. They hired 5 people who began to make prefabricated buildings, from garages to chalets. By the end of the 1930s, more than 50 people worked in the production. 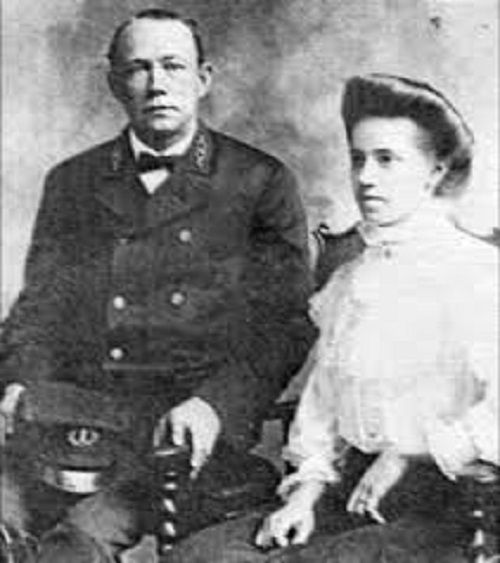 During the Second World War and the occupation of France, the entire range of shops and vehicles of the Leroy-Merlin couple were confiscated by the Nazis for the needs of their army. But this did not reflect their taste for entrepreneurship, waiting for the end of the war, Adolf and Rosa engaged in what once brought them wealth – began to actively trade in the remnants of property of the French, American and British armies, only this time the surplus was much larger. Of course, they had a good base for this in the form of personal connections among the command of these armies on the ground, and they signed several major contracts one after the other.

In the early 1950s, the couple’s business flourished, trading in building materials and prefabricated buildings, providing carpentry, construction and other services. Satisfied with the state of affairs, Adolf retired, handing over business management to his sons Bernard and Leonel. They decided that they wanted more and began to expand the company, opening the first branch in the coastal Pas-de-Calais, and the second in Picardy. In addition, the brothers changed the form of ownership of the company and rebranded, it became LLC L’enchanteur Leroy Merlin, in 1960 the name was shortened to Leroy Merlin SA. 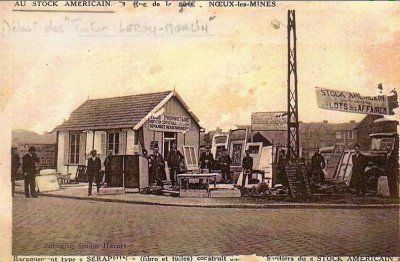 Leroy Merlin acquired an abandoned coal warehouse in the mid-1960s and converted it into France’s first self-service store. The company’s headquarters is also located there. The philosophy of Do It Yourself (DIY, do it yourself) suddenly won the favor of buyers, they liked to take off the shelves what they liked, rather than waiting for them to be served by the seller. So Leroy Merlin opened stores across the country and increased the range, which in 1971 reached 8 thousand items. 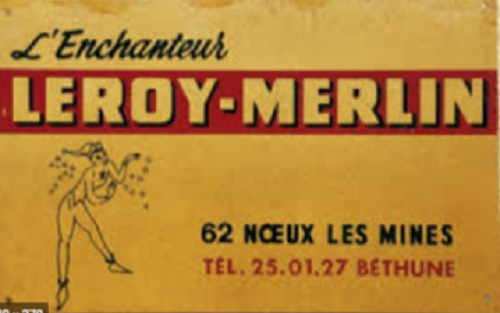 Of course, this example was followed by other participants in the French trade market. Leroy Merlin’s main competitor, Castorama, has been particularly active in developing its DIY hypermarket chain. The growing popularity of large shopping centers outside the city prompted the Leroy brothers to enter into an agreement with a group of companies working in the food market on the joint development of suburban shopping areas.

The collaboration lasted 4 years, during which time the Leroy Merlin network has grown to 33 stores, and the range to 45 thousand items.

In the late 1970s, the Leroy Brothers Company first faced significant financial difficulties, when Auchan founder Gerard Muelle offered to buy a stake in Leroy Merlin. The deal took place only after the death of Adolf Leroy – in 1979, Auchan became the owner of 50% of Leroy Merlin. 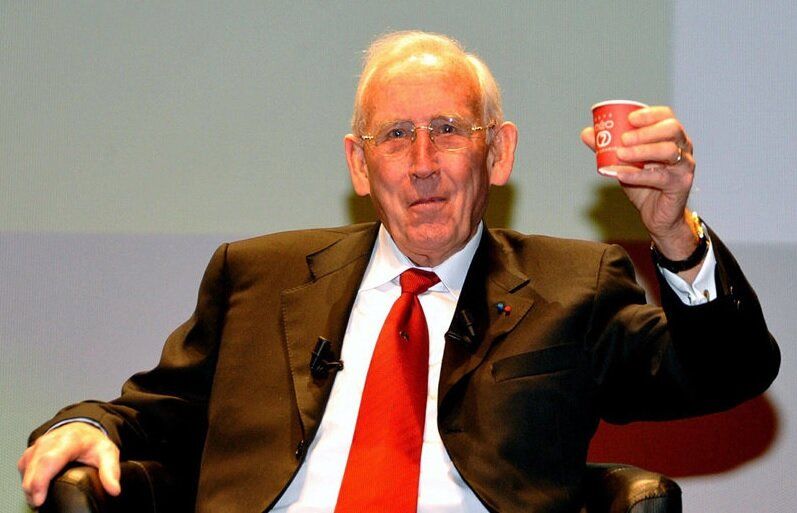 Bernard Leroy died in an accident in 1981, and Leonel sold the other half of the family company to Gerard Muelle. He immediately changed the profile of Leroy Merlin, who from that moment began to engage in retail trade in household goods. During the 1980s, the new leadership focused on DIY and home furnishings, abandoning the sale of furniture, carpentry and construction services, and the trade in prefabricated buildings, the demand for which fell amid rising land prices and market contractions.

The well-known logo – a green triangle and a stylized company name on its two sides – appeared by the late 1980s. It symbolized the fact that Leroy Merlin is first and foremost a home, an eternal desire to go up (the roof of the house like an arrow pointing up), that the goods in the chain’s stores are environmentally friendly, and all for the health of customers. 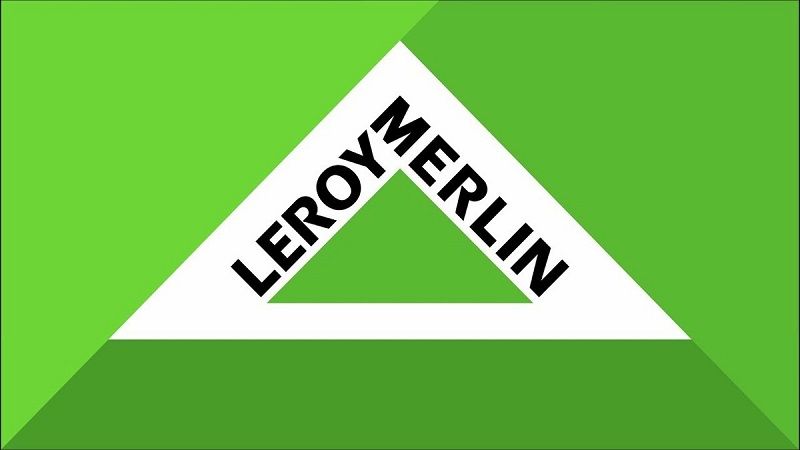 Leroy Merlin began international expansion in the early 1990s: in 1989 the company opened its first store in Spain, in 1994 it acquired the Belgian chain Bricoman, which owned 4 stores. In 1996 she already worked in Poland and Italy, and in 1998 – in Brazil. By the end of the decade, there were 22 Leroy Merlin stores in Spain, the company was the leader in this market.

Leroy Merlin was able to adapt to the trend of the time in the market – the main category of buyers in DIY stores were women – and expanded the range of home goods. Moreover, it became the first network in its segment to offer customers the service of assembling and delivering purchases home.

Top managers of Leroy Merlin, together with the management of the Italian chain of stores La Rinascente, founded in 1998 the Italian Society Bricolage, which acquired 30 stores of the Bricocenter chain, the largest of which was renamed Leroy Merlin.

A year later, departments of decorative and finishing materials appeared in the chain’s stores, and then the Bricoman chain was restarted in the format of a construction store-discounter.

In 2001, the first Leroy Merlin hypermarket opened in South Africa. Three years later, the company entered the markets of Russia and China, in 2007 it opened its first store in Georgia. 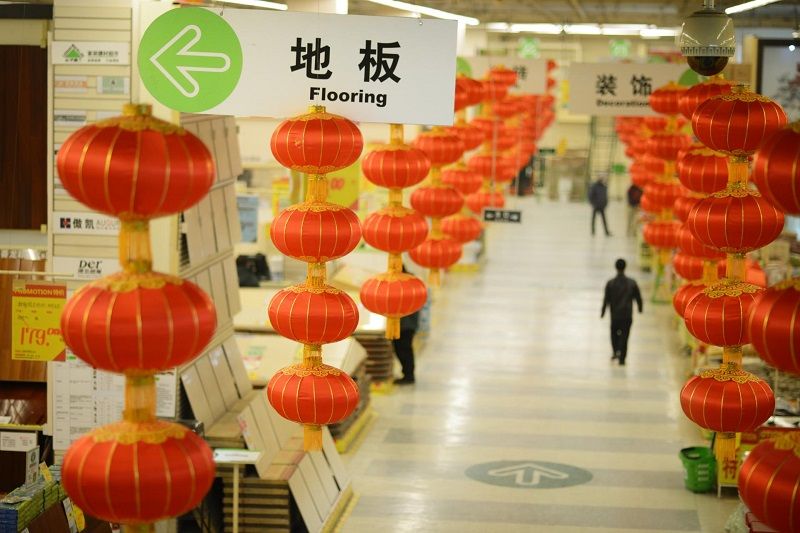 After numerous acquisitions, the structure of Leroy Merlin included 17 companies that managed 6 networks operating under different brands. In 2007, as a result of the restructuring, the Adeo group of companies was formed, which included equal rights of the Muelle family’s assets related to the DIY market.

By 2009, 24 more stores had joined the Leroy Merlin chain. Three years later, the company began operating in the markets of Cyprus and Romania, and in 2014 expanded its presence in the Romanian market, buying 15 stores located in the country of the Austrian network BauMax, suffered losses in the Eastern European market.

In 2016, the company had 5 online stores. The first Leroy Merlin store in Nur Sultan opened in 2018.

Shame List: These companies are still operating in Russia