Shame List: These companies are still operating in Russia 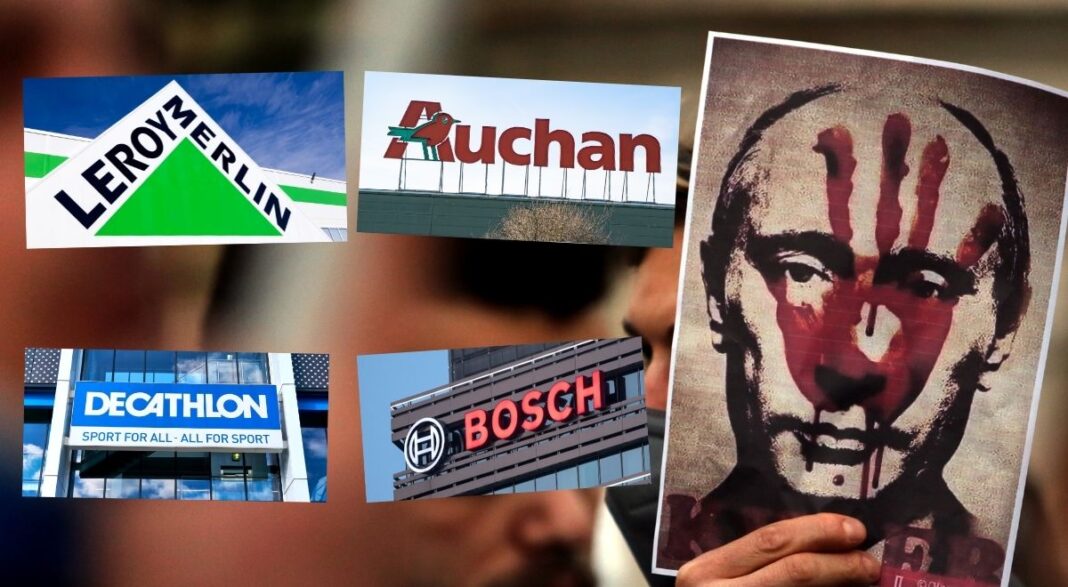 Hundreds of companies from all over the world leave the Russian market and suspend their activities there. However, there are those who, despite social pressure, do not want to give up their business with Russia. Therefore, Yale University professor Jeffrey Sonnenfeld decided to publish and update the “shame list” – a list of companies for which money is more important than decency and social solidarity.

Since Putin’s devastating invasion of Ukraine began, 380 companies have announced their withdrawal from Russia, but some of them are still operating undaunted in Russia.

A complete up-to-date list of companies that have ceased operations in Russia and remained as of March 15 is available on the server of the Yale University School of Management.

“When this list was first published on Monday, February 28, only a few dozen companies announced they were leaving. Since then, hundreds of companies have emerged from the massive corporate exodus from Russia, and we hope our list has helped millions of people around. the world to raise awareness and take “action” – we read.

The team of prof. Sonnenfeld is open about the fact that he receives hundreds of comments and opinions about the list, so he decided to create a detailed version of the list that will show the different levels of corporate withdrawal from Russia. The list will be published soon.

There are currently dozens of companies on the shame list, including many well-known brands with a global reach. You can find there among others: Amway, Auchan, Bosch, Bridgestone, Decathlon, Leroy Merlin, LG Electronics, Pirelli and Subway.

“Despite the cost of abandoning large investments and losing business, reputation is a strong incentive to leave. Firms that don’t quit face a wave of US public discontent far greater than they face over climate change, voting rights, gun security, immigration reform, and border security,” Prof. Jeffrey Sonnenfeld in a bi-weekly American Fortune magazine column.

He emphasized that “the voluntary withdrawal of 200 large companies from South Africa in the 1980s in protest against apartheid, combined with the sanctions of the US Congress, actually strengthened US foreign policy.”

The decision was met with very harsh criticism.

In this context, a rather significant share of French companies that have remained on the Russian market is especially noticeable. This caused very strong criticism in their Polish Facebook profiles as well. They criticized TASS reports that a popular supermarket under construction in Russia has 112 stores and does not intend to close them. Moreover, the company plans to increase supplies and assortment. The Polish branch of the French network is trying to “cut off” these messages, claiming that it refuses to cooperate with suppliers and recipients from Russia and Belarus, but the opinion of the customer is clearly devastating.

The aggravation of criticism is exacerbated by the fact that, as reported by the French press, President Emmanuel Macron warned French companies against doing business in Moscow.

Le Figaro reports that “the head of state unobtrusively welcomed about 15 leaders of French trade groups with Russia on Friday morning. The French President urged them to refrain from hasty decisions. The heads of the ministries of economy and finance, industry and agriculture were also to take part in the negotiations. According to journalists, officials met with the largest French companies from the industrial, banking, energy and distribution sectors.

And this is not the only controversial activity of the French authorities in recent times. According to the portal dorzeczy.pl, “At the height of the Russian-Ukrainian war, when the international community announces tough economic sanctions against Russia, the daily Le Figaro reported that France is ready to sell a 20 percent stake in GEAST, the turbine manufacturer Arabel, to the Russian giant Rosatom”.

GEAST is a French company, originally a subsidiary of General Electric and Alstom, specializing in the nuclear business with Arabelle steam turbines. This turbine, one of the flagships of French technology, is used in nuclear reactors in France as well as in submarines.

“According to Figaro, the share sale has already been approved by Rosatom and EDF, the French energy giant with 58 operating nuclear reactors,” the website says.