Listed famous landmarks, including the Eiffel Tower, for taking pictures of which you can get a fine or go to jail 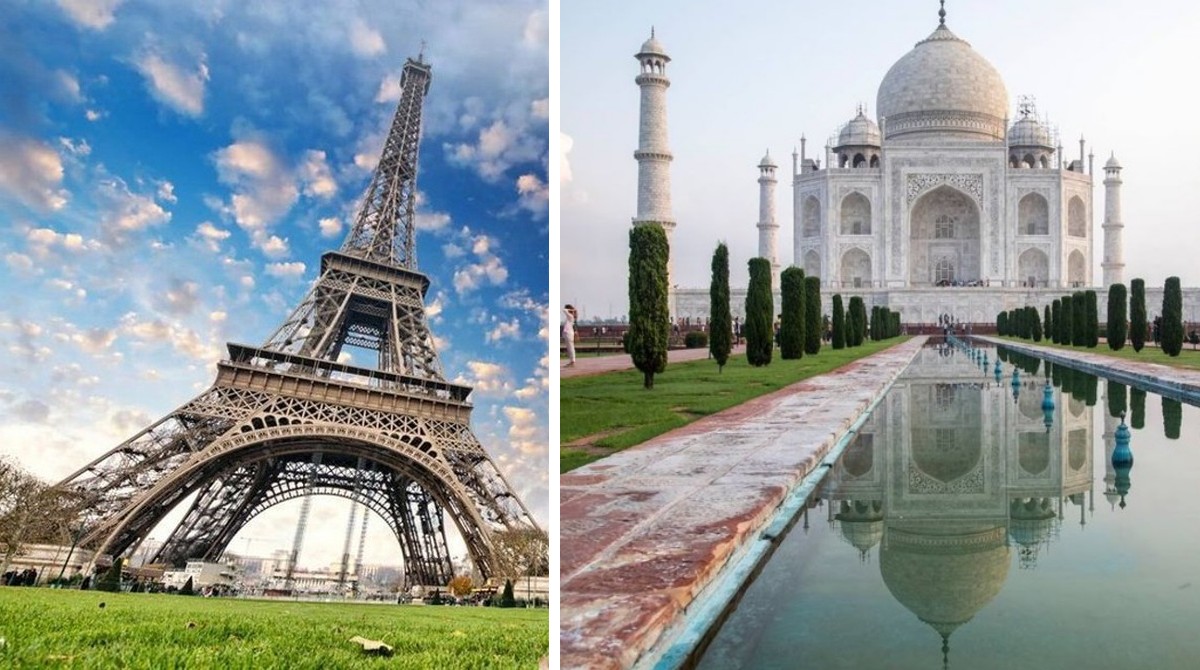 Photographing the most famous sights can be a serious risk for a tourist. According to the authors of the ParrotPrint.com report, which presented the most popular attractions, for taking pictures of which you can receive a severe punishment — yes, it does not cross your mind, but the tourist risks receiving a fine or even sitting behind the scenes of extremely popular places. For example, for photos of the Eiffel Tower… Or maybe not, if you know the specifics.

“We all take so many pictures when we travel to new places, and when we are so used to taking pictures, it’s hard to imagine that taking pictures is prohibited and illegal in some places around the world,” Matt Dahan, an expert at the company, said in a statement announcing the report. According to him, there is a risk, at best, of getting away with “indignant remarks by the guards”, but if the tourist is unlucky, he can be fined and even go to prison. And in fully civilized countries.

So, let’s give examples – tourists will be able to appreciate their surprise even from the first “copy”:

Eiffel Tower. Against the background of the billions of photos of one of the main sights of Paris that appear on the Internet every day, it even sounds absurd, but it is a fact. It is illegal to photograph the tower, only at night and only when all 20,000 lights are on. “European copyright laws state that photographers must obtain permission before photographing this. In addition, images cannot be distributed without permission, including uploading them to social networks,” the service’s experts write. They also state that it is difficult to seriously “get caught” violating this law – the authorities understand that, given the total volume of photos, this is absurd. But tourists who like complex and professional photos are warned: if you set up a camera and a tripod near the Eiffel Tower at night, you may get into a not-so-pleasant conversation with the police.

Taj Mahal. Almost every tourist is familiar with the appearance of this famous landmark in the Indian city of Agra. But the interior of the mausoleum is not represented by nearly anyone who has not been there. And this is no accident – inside the main mausoleum and near it, it is forbidden to take pictures. By the way, with a large backpack or a tripod, they simply won’t let you in, and they can make sure that the tourist turns off the phone.

UAE: no specific attractions are named here, and in most museums, you can take pictures, in the famous Sheikh Zayed Mosque in Abu Dhabi you can also take pictures, including some of the interiors. But tourists are still warned to be very careful when it comes to taking pictures, “, especially around palaces, military installations and government buildings where it is prohibited.” Tourists are also warned that the country’s laws require consent and permission to photograph anyone, and UAE prosecutors run ongoing online campaigns to raise public awareness of the rules and penalties. One more point of warning: there are bans on photography and videography in the UAE airports, it is here that there is a risk of receiving a fine and even imprisonment by the network for an innocent video on social networks before departure.

Sistine Chapel: photography is strictly prohibited in the famous landmark of Rome. The reason, by the way, is not the safety of the frescoes. As the authors of the study assure, the rule was introduced after the Japanese television company Nippon TV financed a multimillion-dollar restoration project of the chapel in exchange for exclusive rights to photograph.

Tower of London. “The ban is probably a security measure so that people don’t plan robberies,” service experts comment. Photography and video recording are strictly prohibited in the Jewel House, where the crown jewels are kept.

Starting September 23, the Eiffel Tower lights will be dimmed an hour earlier to save energy.

In Paris, the lighting of the Eiffel Tower will be reduced due to the energy crisis

The Eiffel Tower is rusting and in need of repair

The Eiffel Tower reopens to visitors after a 9-month closure