HomeTourismTurkish Antalya has become the most "blue" resort in the world
TourismTurkey
01.07.2022, 19:40 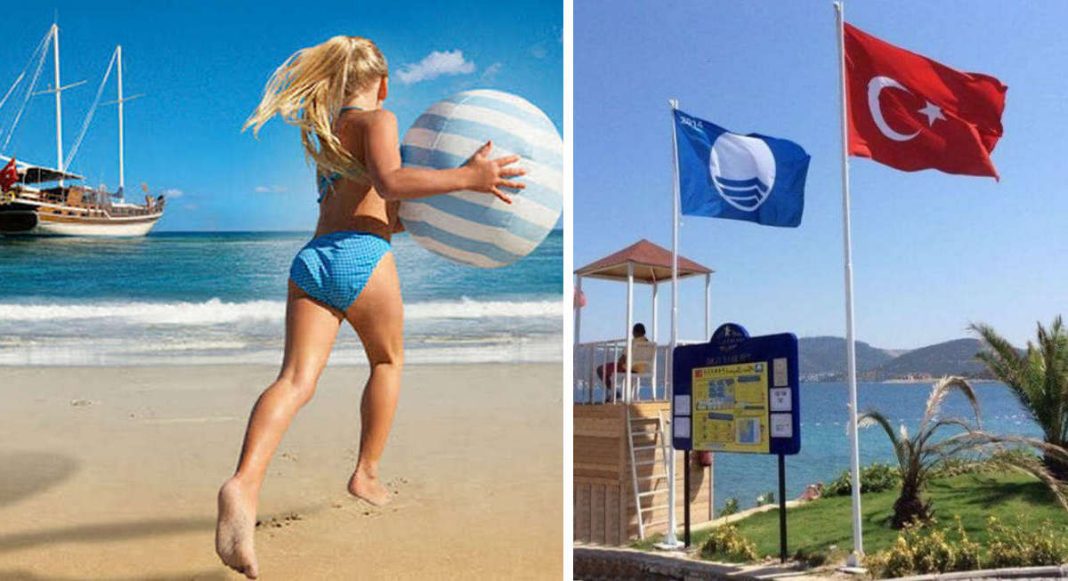 Incredibly popular Antalya, which annually receives millions of tourists, has once again retained the title of the most “blue” resort in the world. This is not about the tolerance of a Muslim country but about the nomination “Blue Flag”, which is managed by the Foundation for Environmental Education (FEE). This year, the province again took first place in the number of international environmental awards for the arrangement and cleanliness of 229 beaches. This was reported by Trthaber concerning the Turkish Foundation for Environmental Education (TÜRÇEV) and the coordinator of the “Blue Flag” of Antalya Mustafa Ergiidiren.

According to the awards of the international jury “Blue Flag-2022”, the flag, which symbolizes purity and safety, will fly among the following tourist destinations:

If in Spain, the number of such flags is occupied by the resort of Valencia, then popular among Ukrainian tourists, Turkey – the coast of Antalya. Last year, the number of blue flags in the Turkish region was 213, this year – 229.

In addition to the Healthy and Safe Tourism program, initiated during the epidemic process, beaches that have received the Blue Flag award in Antalya, which offers environmentally friendly tourism services, are subject to strict control. Starting with the application process, flags began to be hung on the beaches during the season in the city, where seawater analysis and infrastructure services are periodically inspected.

The coordinator of the Turkish Environmental Education Foundation (TÜRÇEV), Mustafa Ergiidıren, said that Antalya once again ranks first in the world in the Blue Flag category with its infrastructure and qualified accommodation facilities. It is especially gratifying that not only private hotel beaches, but also public ones have won the title. To do this, local authorities make every effort: to check the condition of the sewerage infrastructure of the beaches, the results of the analysis of the treatment facilities connected to them, and the license of the hotel or public beach.

According to the expert, the beach must meet the criteria of the “Blue Flag” not once, but throughout the bathing season. “After the opening of the season, we conduct on-site inspections and check whether the rules are followed. If the Blue Flag is flying somewhere, then the beach will be checked. It is very difficult to get and easy to lose. For 10 days we raise the flag on the beach, which for some reason has ceased to meet safety criteria. During this time, we have time to check and eliminate all problems. If this is not the case, the flag is removed,” he explained.

For vacationers, the blue flag is an indicator of the cleanliness of the beach. To meet this, the provincial health department takes samples from the sea every 15 days and announces the results of the analysis.

Ismail Chaglar, general manager of the hotel and part of the beach marked by the “Blue Flag” in the tourist center of Belek, also said that the world pays great attention to a sustainable environment. We have been a “green palace” since 2003, we care about the environment. Our beach is marked with the Blue Flag, for tourists, this mark is very important. Our international partners we work with also care and conduct inspections,” said the hotel manager.

Earlier, the DIP wrote that “The nutritionist warned what food is dangerous to buy on the beach.”