HomeThailandTourists at the resorts of Thailand have been warned of impending floods
ThailandTourism
21.11.2022, 20:30 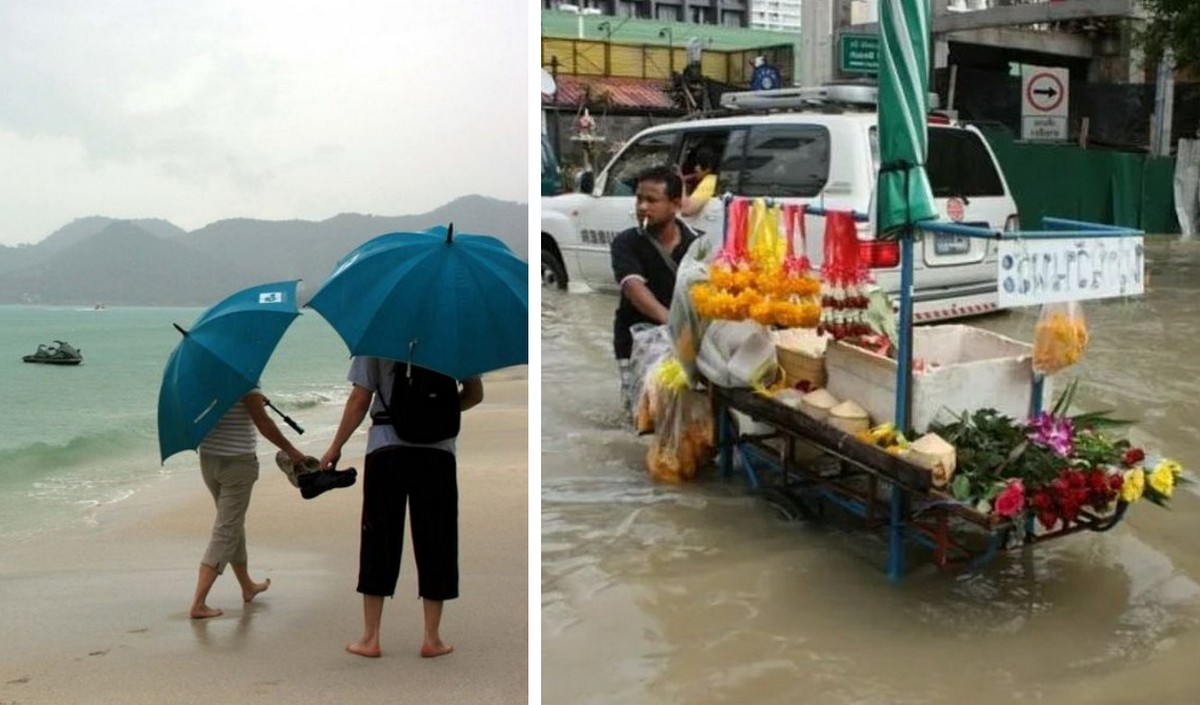 Heavy rains and thunderstorms, which means flash floods, will hit the southern mainland of Thailand this week. Tourists were warned about this by the Meteorological Department, according to Phuketnews.

On November 18, forecasters confirmed that an approaching low-pressure system from the island of Borneo would hit the Gulf of Thailand and the resort coast of the Andaman Sea between Tuesday and Thursday, November 22-24. Phuket, Krabi, Phi Phi, Lanta, and other popular resorts are at risk.

Forecasters are predicting severe thunderstorms with downpours that could lead to flash flooding, especially in low-lying areas and waterways. There is a high probability of landslides in the foothills or near the hills.

The cyclone approaching the islands in the Andaman Sea and the Gulf of Thailand will bring with it very strong winds. On the coast, it will be stormy with a wave height of more than 3 meters. It is expected that bad weather will bring the destruction of some structures and trees, cause flooding of roads and threaten people’s lives.

As a potent storm is expected at sea, forecasters urged tourists and residents to avoid going out to sea. According to them, it is better to wait out the downpour on the shore. According to the forecast, severe weather will hit the northeast, the central part, the Bangkok metropolitan region, as well as the eastern (in particular, Chonburi province and the tourist city of Pattaya) and southern areas of Thailand (the main resort island of Phuket, Krabi, Phangnga, etc.).

We haven’t seen such horror for 50 years: bridges are destroyed, roofs are falling, everyone who can escape – tourists in Antalya are shocked

Turkey announced an orange level of danger in the tourist provinces: Antalya with all the tourists was flooded

Tourists in Phuket have been warned of an impending flood

Phuket’s main road is destroyed: tourists have difficulty getting to the airport

A UNESCO site in Pakistan was seriously damaged by the flood