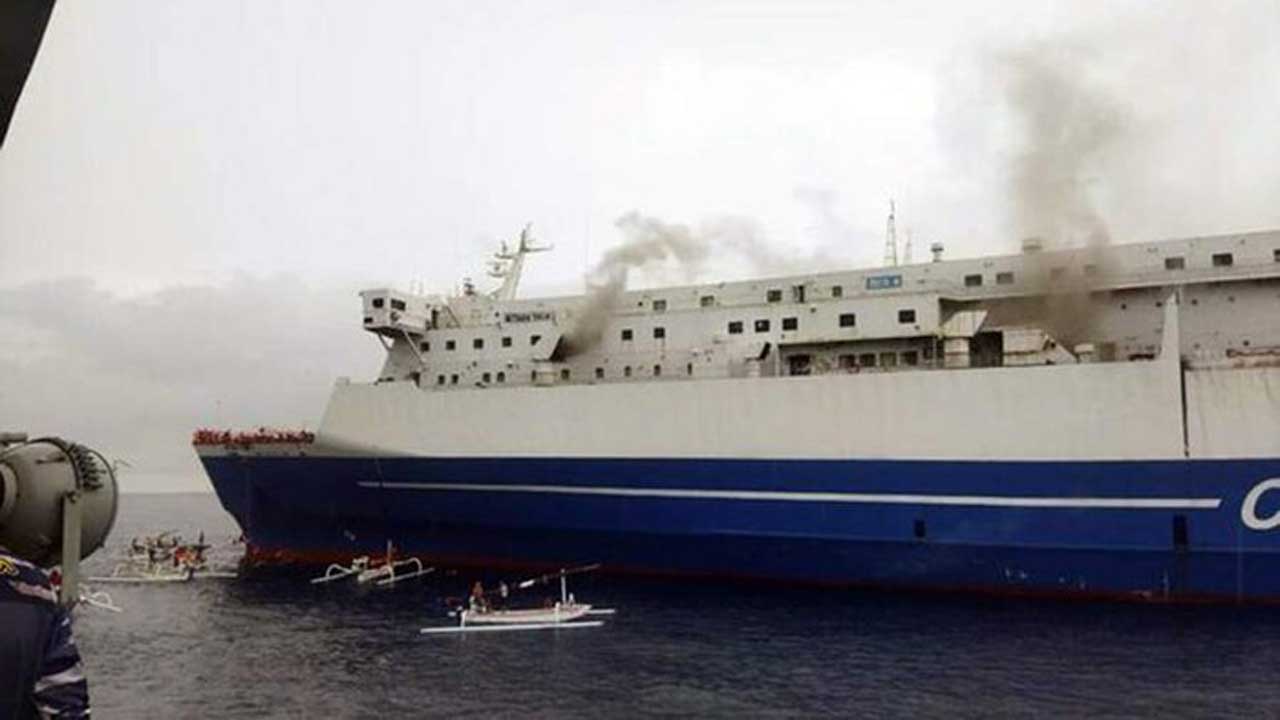 According to the ANTARA agency, the Mutiara Timur I tourist liner is on fire off the coast of Bali (Indonesia).

According to the agency, the fire started during the vessel’s passage in the Bali Strait. Currently, thick black smoke is rising from the liner heading to one of the island’s ports.

The head of the security service of the local port of Tanjungwangi Widodo confirmed a fire on the ship but did not name the cause of the incident. Rescuers and the Indonesian Air Force carry out the evacuation of passengers.

No casualties or injuries have been reported so far.