HomeLifeStyleThe tourist was shocked to find a cockroach in the food during...
LifeStyleTourism
26.10.2022, 12:44 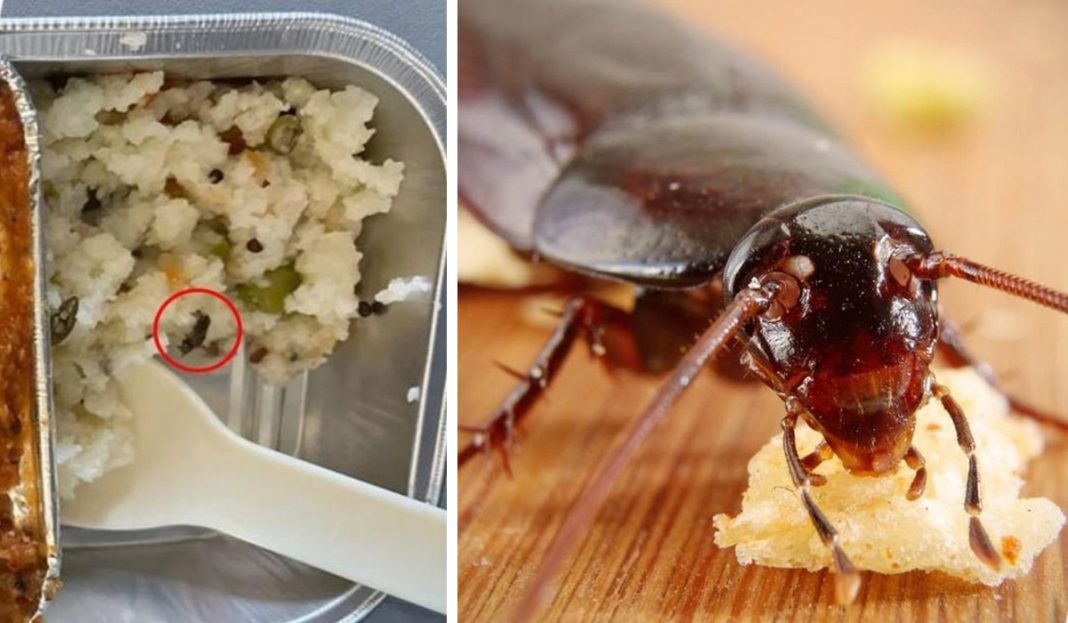 A shocked foreign tourist who discovered a cockroach in his food on board was told by airline officials that the suspicious morsel, resembling a dead insect, was allegedly a fragment of “roasted ginger”.

The incident happened at the end of August, but it became known about it only recently. Nikul Solanki was flying from Mumbai (India) to Bangkok (Thailand) at the end of August on the Indian airline Air Vistara when he discovered something unusual in his food during the flight, The Sun reported.

A passenger took a photo of what appeared to be some kind of creepy crawly creature and shared it on social media with the caption, “Small cockroach in Air Vistara food.” To which the carrier’s representatives replied that their food was prepared “to the highest quality standards” and requested details from the tourist so that they could investigate the problem.

The next day, the airline reported that it had sent a sample of his food to a laboratory, where the meals were thoroughly tested following the complaint. After some time, the laboratory reported that the suspicious object was nothing more than a fragment of roasted ginger.

“We would like to clarify the situation regarding the food that was served to you on your flight on August 31. The sample was sent to a laboratory and thoroughly tested. Based on the reports, we can confirm that no insect foreign objects were found in a particular food sample. The object in question was examined under a microscope and was identified as a piece of roasted ginger. At Vistara, we do everything we can to ensure that the highest standards of safety and service are maintained,” was the message the Indian airline sent to the irate traveler.

However, the tourist was convinced that he was right and twice demanded the air carrier to show him the laboratory report. The airline has not yet responded to his request.

However, even if the examined fragment was a cockroach, it would not be the worst find that tourists made this year. For example, in the summer, a frightened flight attendant discovered the head of a snake in the in-flight food. A crew member of the Turkish airline SunExpress recorded the gruesome discovery on video and shared it on the Internet, prompting an immediate response from the carrier (details here).

A flight attendant was flying from Ankara to Dusseldorf when she opened her food and was horrified to find a snake’s head staring right at her. In addition, shocking ingredients in the form of snakeheads and beetles were also discovered by tourists. SunExpress, which is based in Antalya, Turkey, and flies to Europe and the Mediterranean, carried out an investigation and said the condition of the food was “absolutely unacceptable”.

“Our top priority is to ensure that the service we provide to our guests on our aircraft is of the highest quality and that both our guests and employees have a comfortable and safe flight. The claims and publications in the press regarding in-flight meals are completely unacceptable and a detailed investigation has been launched into the matter. All preventive measures and actions, including the suspension of the supply of the relevant product, have been taken immediately until the investigation process in question has been completed,” said the airline’s official response to the affected tourists and flight personnel.