HomeGreecePeaceful vacations in Turkey and Greece will have to be forgotten for...
GreecePoliticsTourism
08.06.2022, 18:50

Peaceful vacations in Turkey and Greece will have to be forgotten for many years: both countries are on the brink 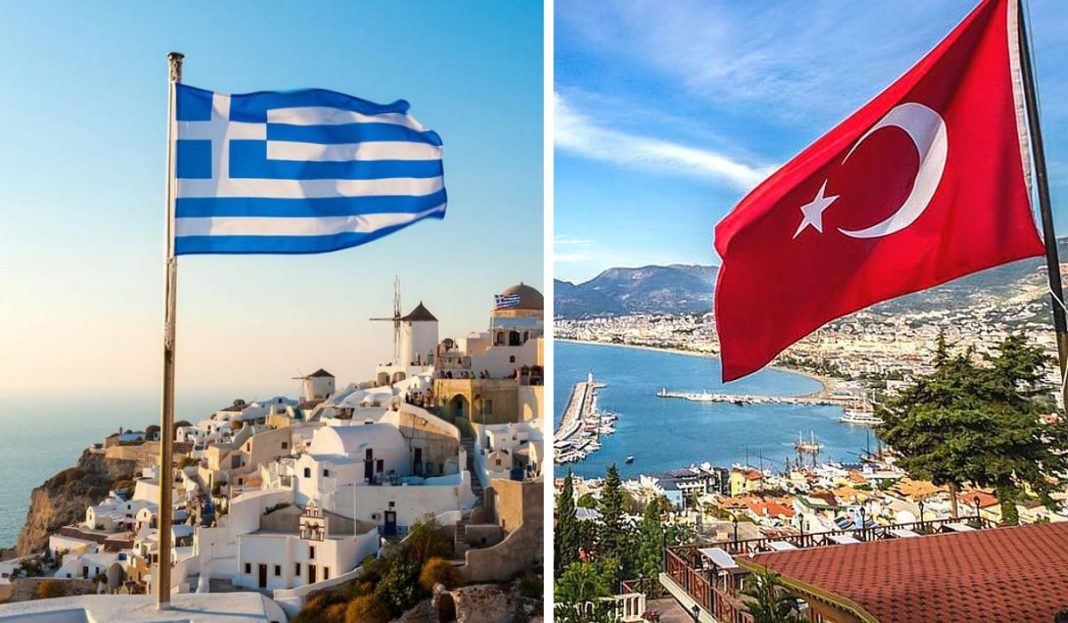 The popular Aegean islands of Greece off the Turkish coast, especially Samos and Chios, could become another European point of tension, and in the worst-case scenario, the cause of the war between Turkey and Greece, which for many years nullifies all tourism to these countries. The reason is loud Turkish statements: Turkey promises to challenge the status of the Aegean islands (Greek sovereignty over these islands) because Greece is not going to withdraw its armed forces from the Aegean islands. As a result, Turkey and Greece may find themselves on the brink of a military abyss – because loud statements are made in the first person.

In particular, according to Turkish media, Turkish Foreign Minister Mevlut Cavusoglu made a statement denying the status. He said the “militarization” of the islands was one of several issues critical to Ankara-Athens relations. “There are agreements, but Greece is violating them and sending troops to the islands. If Greece does not stop this violation, the sovereignty of the islands will be put up for discussion, “said the Turkish Foreign Minister. It notes that military tensions between the two countries have escalated again in the last two months after they accused each other of violating sovereign airspace in the Aegean Sea.

Interestingly, Turkey calls for the demilitarization of the Aegean islands by the 1923 Treaty of Lausanne. Ankara claims that Greece has militarized 16 of its 23 Aegean islands, which it calls a flagrant violation of international agreements and international law. At the same time, Greece rejects demands for islands off the coast of Turkey, citing Greece’s right to defend itself and its national sovereignty.

Ankara has sent two letters to the United Nations on militarized islands. Similarly, Greece sent two letters to the Secretary-General of the United Nations, rejecting all of Turkey’s arguments about the status of Greek islands in the Aegean Sea. According to Turkish sources, “Athens is in full combat readiness even for the most extreme scenario from Ankara.” There are statements from the Greek side that Turkish President Recep Tayyip Erdogan is under pressure inside the country and is resorting to increasingly inflammatory rhetoric.

The situation is exacerbated by the concentration of refugees and migrants on the Turkish coast, especially in the areas opposite Chios and Samos. “The influx of refugees and migrants to the Turkish coast, combined with the rhetoric of Turkish officials, has led diplomatic and military circles in Athens to dust off previous crisis scenarios,” local experts said. They also recall that Athens is actively promoting Greece’s positions diplomatically and emphasizing Turkish aggression.

Last week, the foreign ministry issued 16 cards to Greek embassies and missions abroad from 1972 to the present, showing how Turkey’s claims to influence more than half of the Aegeans have changed.

It should be noted that both countries are members of NATO, which makes this conflict particularly difficult. As a result, ordinary tourists and local tourism may be “extreme” – especially since the “historical example” is the history of Northern Cyprus.

The war in the resorts of Greece and Turkey is taking on real features: the threat is becoming obvious

A strong earthquake occurred off the coast of Greece

Turkey continues to “shake”: new earthquakes in the Aegean Sea