“Only my dad and I are flying”: A video with an empty plane to Russia has hit the network 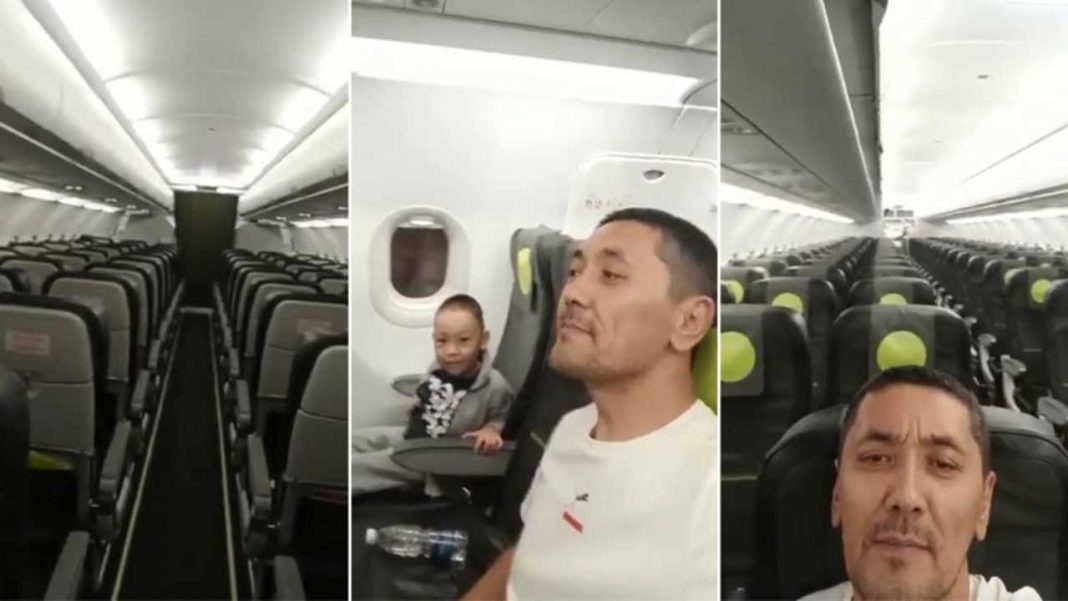 A video of an empty plane flying to Russia is being sent out by tourists.

The author of the video is unknown. On camera, the man says that he is flying with his son to Russia, without specifying where. The second frame of the video shows an empty plane. The hero of the video ironically notes that they “ordered a whole plane.”

One of the Telegram channels explained that an unusual S7 Airlines flight flew from Bishkek to Irkutsk. With only two passengers on board, it was carried out on Monday, September 26, on an Airbus A320 aircraft. Three tickets were purchased.

“On other days, the load is larger (70-100 tickets were purchased). The airline launched this flight (S7 6320) on September 20. It is scheduled on Tuesdays and Saturdays, but this week it is additionally on Monday and Thursday,” the airline said. in the message.