HomeTourismNervousness in Turkey is growing: in Antalya, benches were dismantled due to...
TourismTurkey
18.11.2022, 21:33 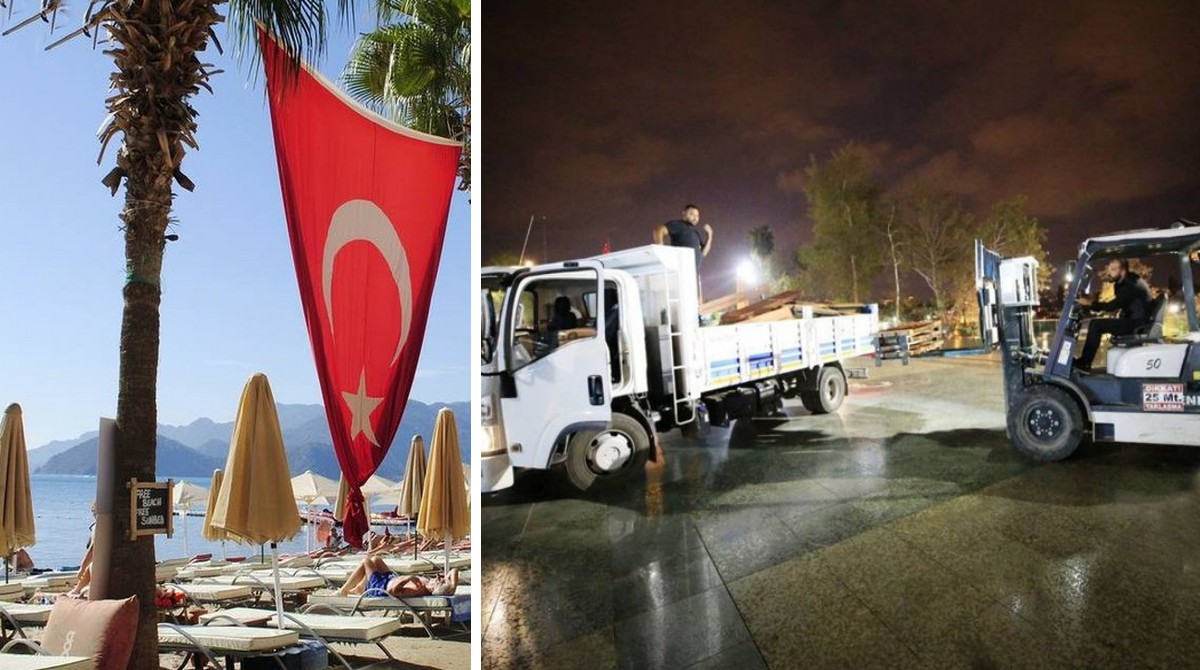 After the terrorist attack in Istanbul, as a result of which 6 people were killed and 81 were injured, by the governor’s decision on November 17, benches were dismantled in the lively Republic Square in Antalya, located in the historical center of the city. The authorities removed the benches because of the fear that a bomb might be placed under them – the general nervousness in Turkey is growing.

The terrorist attack on Istiklal Street in the Beyoglu district of Istanbul scared both locals and tourists. The authorities are afraid of new victims. In this regard, the officials decided to dismantle the benches on Cumhuriyet Square in Antalya, where intensive pedestrian traffic is recorded every day. Note that this is the central place in the resort town for celebrations, concerts, and events, where numerous guests of the city and residents also gather. On November 17, work crews and special equipment pulled the benches out of the concrete and took them to the municipality’s warehouse.

An explosion in Istanbul on November 13 makes passersby react nervously to objects left in public places. For example, a suspicious bag left on the side of the road in Antalya recently caused panic in the resort area of ​​Muratpaşa. The police and bomb disposal experts arrived at the scene before experts blocked the street and did not allow people there. Fortunately, the bag was empty. The street was reopened to pedestrian and vehicular traffic only after the abandoned bag was inspected.