In Egypt, Dior will show tourists a new fashion collection at the pyramid: the details of the show have become known 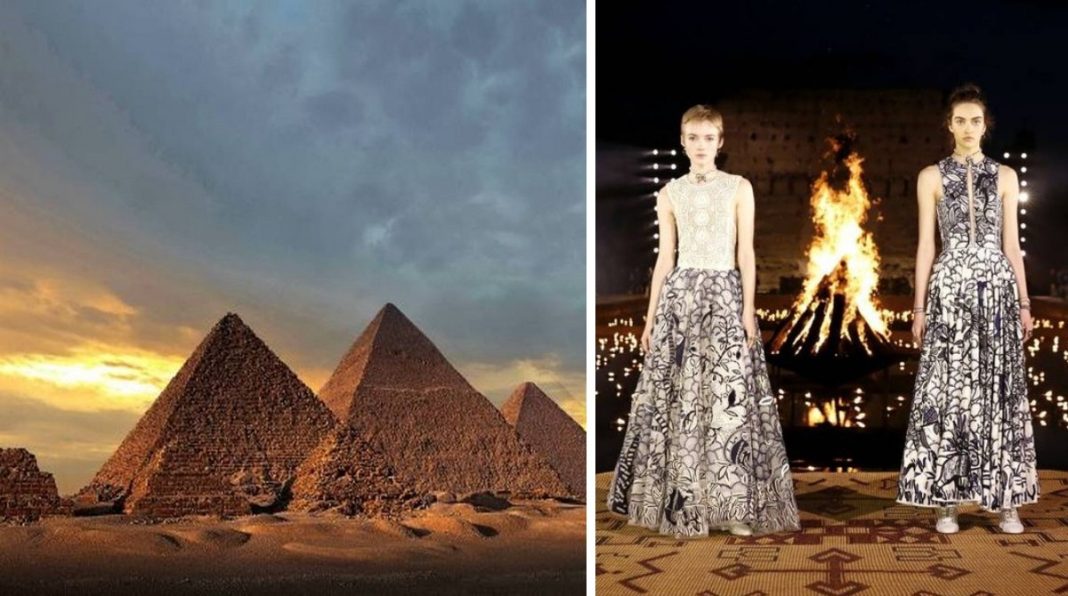 Lovers of high fashion will be able to enjoy not only a vacation in Egypt this December but also an exclusive fashion show. The Dior men’s pre-autumn collection exhibition will be organized for the first time in the Pyramids of Giza in Egypt. She will be “brought” there by the international designer Kim Jones, who acts as the organizer of the show.

The details are as follows – the collection is expected to be presented on December 3 against the backdrop of the Pyramids of Giza in Cairo. As Egyptian media recalled, the French haute couture house’s Spring 2004 collection, designed by John Galliano, was already dedicated to Egypt as a tribute to the culture of Ancient Egypt. However, Dior will present its show for the first time in Egypt itself — it has previously been presented in Italy, Greece, Spain, South Korea, China, Great Britain, and the United States.

As ETPB General Director Amr Al-Qadi added, Egypt has managed to promote itself as a place to host major shows. The Parade of the Pharaohs and the opening of the Alley of the Sphinxes in Luxor, he said, had a very positive impact on tourism in Egypt, proving two important things: that Egypt is a safe country and the state knows how to safely organize large events. “Since that time, we have received many requests to organize various events at archaeological sites and museums in Egypt,” he said. One of them will be a fashion show.

By the way, Italian designer Stefano Ricci – one of the most expensive brands in Europe – planned to hold a fashion show in Egypt. It was planned to be held in front of Hatshepsut’s temple in Luxor in March but has now been postponed to October.

A naked tourist in the pyramids caused a stir in Egypt

In Egypt, tourists were offered electric cars and electric buses for travel

In Egypt, 10 must-see sights were named by tourists

Two Egyptian tourist destinations entered the world top 2022, and it is not Hurghada