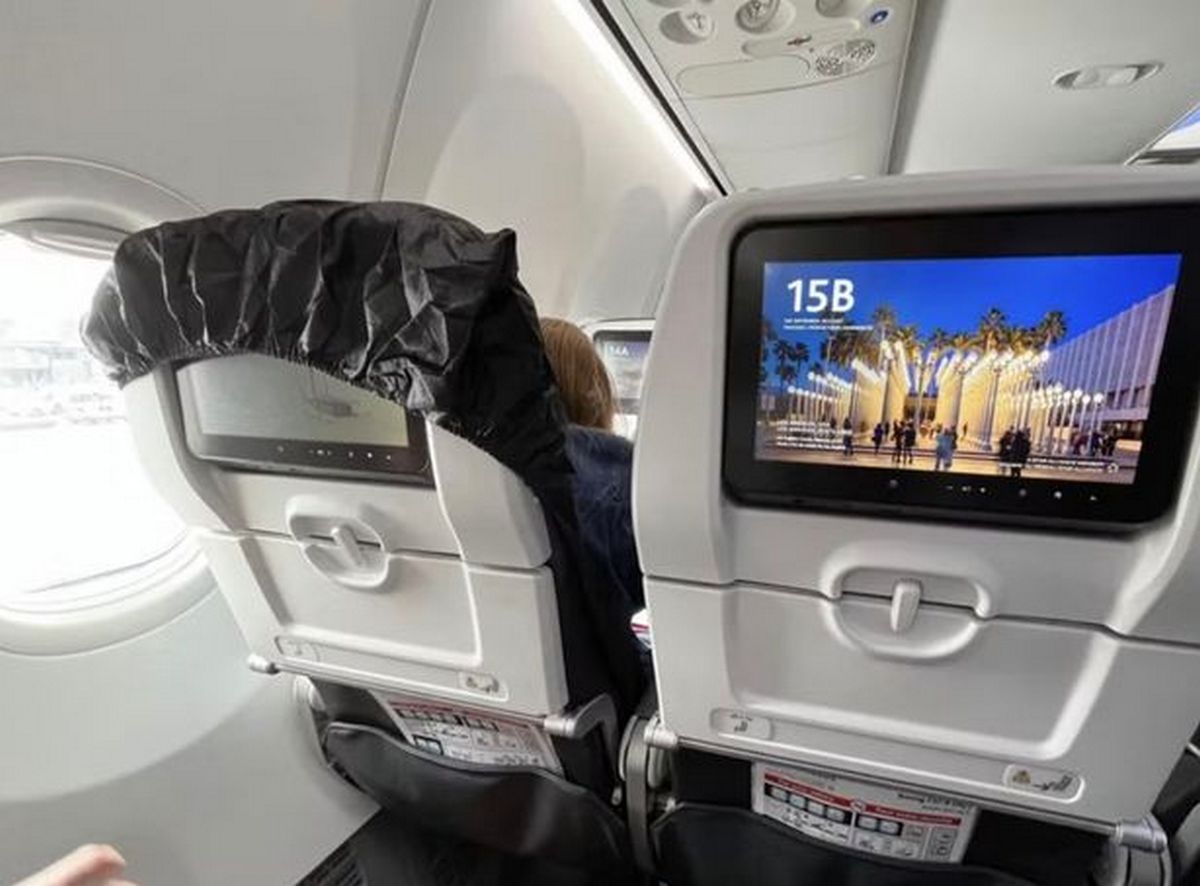 An aviator pulled a black plastic bag over her chair to cover the seat on a plane during a recent trip, only to “run into” condemnation online. This was reported by the Daily Star.

The posted footage shows how the package covered the TV of the passenger sitting behind. As a result, the offended companion and her husband were very angry that they could not use it during the flight. An angry companion of the “victim” started a thread on a social media forum and posted a photo of a chair with a package covering his wife’s screen. “I don’t think there will be any fun for my wife on this flight…” he captioned the posted photo. The photo instantly became viral on the Internet, it received several hundred comments on the Reddit forum.

Many users were outraged by the actions of the traveler, they began to criticize her in the comments. Some expressed the opinion that the tourist used plastic bags to make the seat more hygienic and avoid contact with insects. Moreover, there are many reports on the Internet that passenger planes are not cleaned very well, and such messages are spread directly by airline personnel, warning passengers not to take off their shoes during flights, not to fly in shorts and T-shirts, but to protect their bodies clothes, did not use pockets in chairs that are teeming with germs

Hundreds of people have commented to share their thoughts on the matter. One suggested: “Flip it back over the lady’s head.” Another said that she was thinking only about “herself and her comfort.” Some forum users weren’t sure if the woman even knew the effect her special safety measures had on the passenger resting behind her.

At the same time, others suggested that a couple of outraged travelers could at least try to inform the woman about the problem, because she just might not have noticed how low her safety was hanging: “She probably didn’t realize her pack was too low, but she didn’t bother to check,” “Just say, “I’m sorry that part of your seat is blocking mine screen” and pick it up. The problem is solved.”