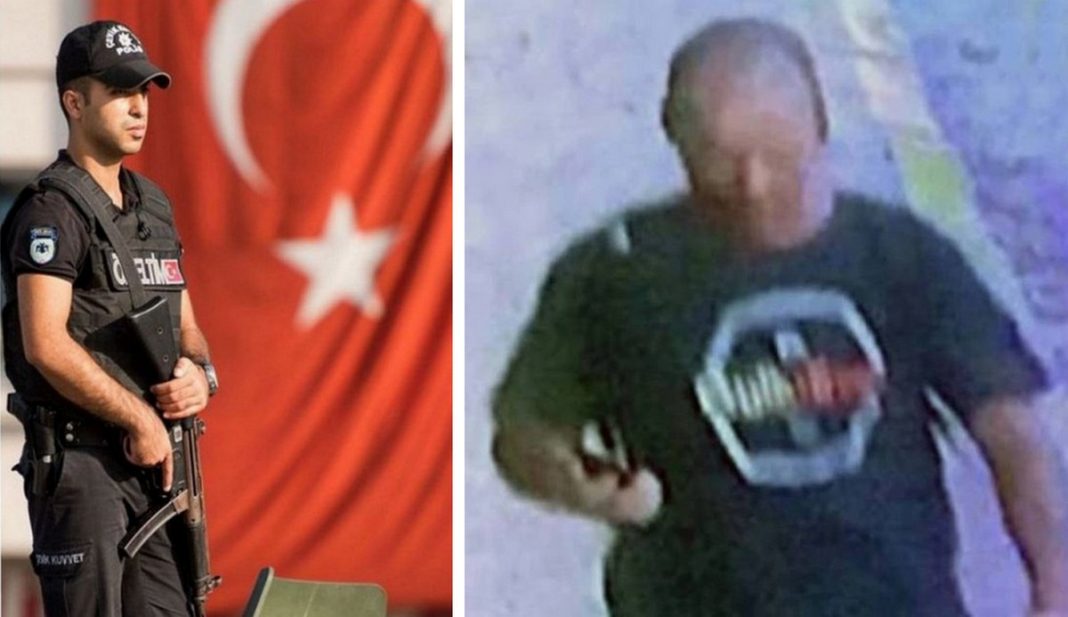 The shocking news was published by the Turkish mass media. According to them, Russian tourist Dmytro S., who was resting in one of the luxury 5-star hotels in Antalya, allegedly killed his father with a hammer and seriously injured his mother. At the same time, the hotel is not specified – but it is mentioned that the tourist had “psychological problems”.

The criminal fled after the murder. Police are searching for the suspect. The injured tourist, the killer’s mother, is in serious condition in the hospital. The father’s body was sent to the Antalya Institute of Forensic Medicine.

In Turkey, such excesses with tourists sometimes happen. So, let’s recall, earlier this summer, a British tourist arrested on charges of murdering her boyfriend in Antalya was given a severe sentence. The court sentenced her to life imprisonment for throwing him off the balcony of a 5-star hotel. The accused did not admit her guilt. A couple of British tourists came to rest at a five-star hotel in Manavgat on March 11, Milliyet newspaper reported. However, there was a quarrel, after which, according to the judge, the girl committed intentional murder. A man fell from a 30-meter-high balcony at night and hit his head on the asphalt. Read details at this link.

In Thailand, similar terms can await a Russian woman: up to ten years of freedom. Unlike the Turkish court, the tourists were initially accused only of “recklessness”, which caused the death of another Russian tourist, judging by the information from the Thai media – the model. If intentional murder is proven, which the police are currently doing, the terms may increase significantly. As Lt. General Amfon Buarapfon, commissioner of the provincial police district, told local media, charges were announced against 38-year-old American Smith Antwaun, 28-year-old Jordanian Ahmad Alatum, and 35-year-old Russian Natalia Kosenkova. If found guilty, they face up to 10 years in prison and a fine of 200,000 baht each. Their acquaintance, Russian model Yevgenia Smirnova, crashed to her death after falling from the 8th floor of The Emerald Terrace condominium on Phrabaramee Road in Patong on Tuesday, May 31. As it turned out, the Russian woman lived there with three friends, at the same time, at least one of the accused Russian women denies that she knew the tourist before. Police were called to the scene at 4:20 a.m. the same day and found the 37-year-old model’s bloodied body downstairs, as well as “evidence of alcohol and sexual activity” in the apartment.

By the way, there is also a Russian who is wanted on charges of murder in Thailand. The “Russian boyfriend” turned out to be the main suspect in the brutal murder of a transgender woman with particular cruelty. Her decomposing body was found wrapped in a blanket in a storage room at a home in Thailand’s northeastern Surin province.