HomeGreeceErdogan threatened Greece with war: tourism on the brink of disaster
GreecePoliticsTourism
10.06.2022, 15:48

Erdogan threatened Greece with war: tourism on the brink of disaster 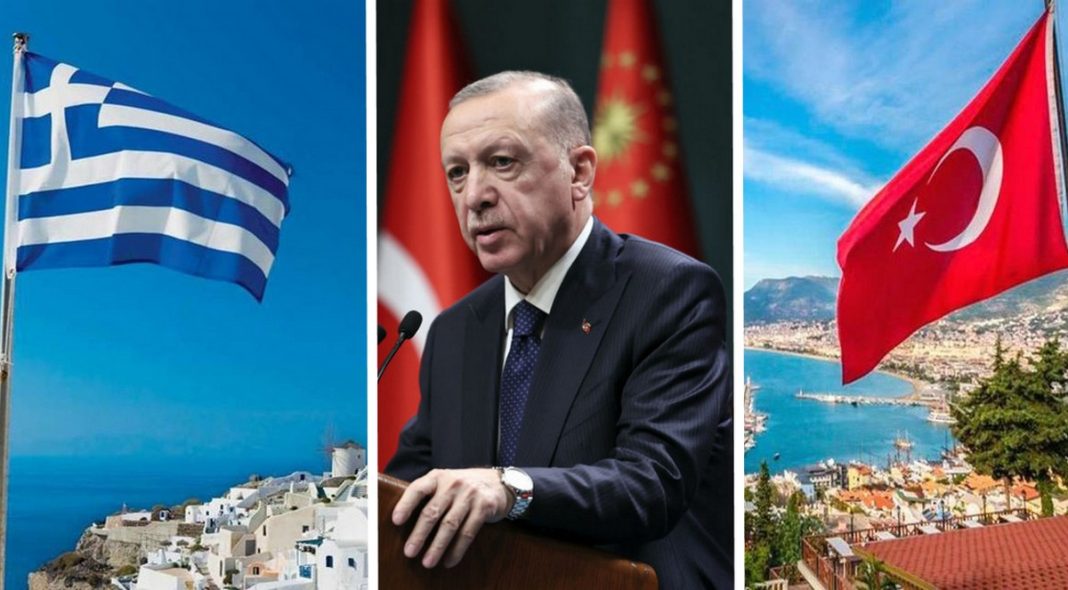 Turkish President Recep Tayyip Erdogan has threatened military intervention against Greece if it does not change its position on the status of islands in the Aegean Sea. The leader of our southeastern neighbor made the statement on the last day of the EFES-2022 military exercise, which is attended by 37 countries, according to Kathimerini.

According to the newspaper, even though the exercises (landing) did not create any provocations, except for some common violations, Erdogan used them as a platform to repeat Turkey’s demand that Greece demilitarize its islands in the eastern Aegean, otherwise it is threatened by a “catastrophe”.

Watching maneuvers in the coastal Aegean province of Izmir on Thursday, Erdogan said: “Attempts to use non-military islands in various exercises and efforts to involve NATO and third parties in this lawlessness have no meaning other than a catastrophe.”

Greece, he added, must “take matters into its own hands” and “avoid dreams, actions, and statements that will only lead to bitter pity”, and referred to Turkey’s independence war in the early 1920s, when the Turks defeated the occupying powers. including Greece.

“Turkey will not give up its rights in the Aegean Sea and will not give up the use of rights established by international agreements when it comes to the militarization of the islands,” he said.

For his part, Greek government spokesman Yannis Ekonomou condemned Turkey’s interpretation of the status of the eastern Greek islands as “baseless myths that can neither challenge nor replace international law and international treaties.”

“In general, absolutely nothing can harm our sovereign rights and our national sovereignty. We, therefore, call on Turkey to end its provocations and to understand that the only way is responsible and honest communication, in the context of international law and with absolute respect for sovereignty,” he said.

It should be noted that both countries are members of NATO, which makes this conflict particularly difficult. As a result, ordinary tourists and local tourism may be “extreme” – especially since the “historical example” is the history of Northern Cyprus.

Earlier, the DIP reported that a peaceful holiday in Turkey and Greece will have to forget for many years: both countries were on the brink, read more at the link.