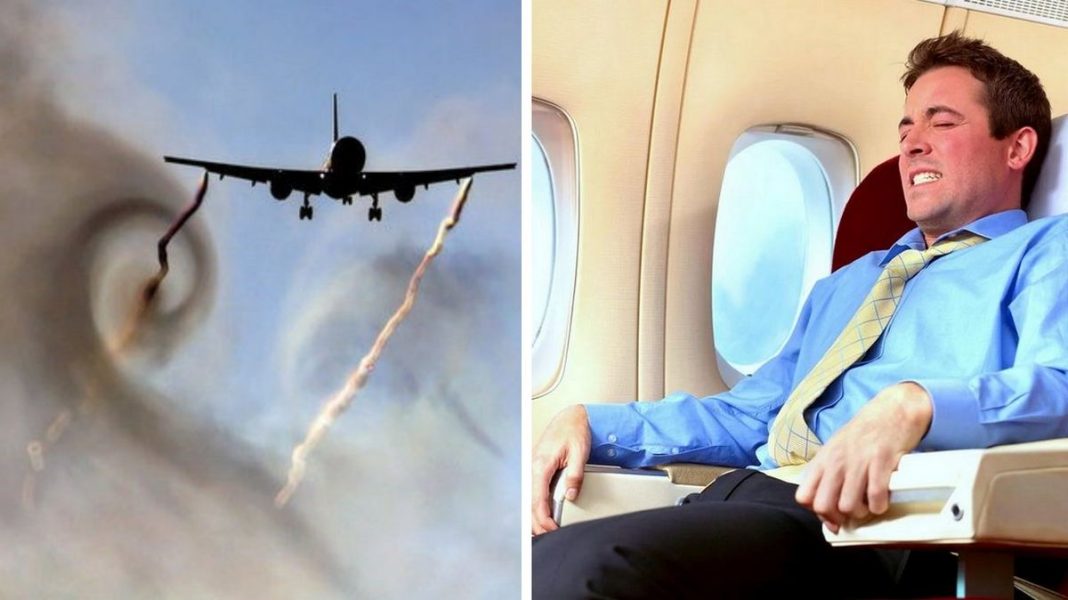 The passengers of the TUI flight were “thrown out of their seats” after the turbulence began and they heard two loud claps while traveling from the UK to Cape Verde – a paradise island in the Atlantic Ocean.

The shock came just 10 minutes after the plane took off from Manchester airport in Cape Verde last Monday. The aircraft circled over the Peak District National Park for more than two hours before landing safely at the British airport. During this time, panic broke out on board. “Children were screaming and people were panicking, it was really scary,” an Express employee said.

“When I saw the two flight attendants look at each other, I realized that something was wrong. The turbulence was really strong, there was one horrible moment when everyone was thrown out of their seats. The pilot and the staff acted fantastically, they told us what was happening and went by plane, asking if people wanted water, ”one of the tourists recalled the fatal flight.

Another traveler supplemented the overall picture with his story: “We passed the registration and security check … The plane was detained for an hour, but everything went smoothly. We boarded the plane and it was very warm, the staff told us that the plane was in Turkey the night before and there was a problem with the air conditioning. They said that as soon as we took off, everything would be fine.

After about 10 minutes of flying, we heard two huge claps, and when I looked out the window, I saw something orange fly past. My wife thought it was a bird.

Before we landed, the pilot spoke again to say that he had burned fuel, and we will be able to make an emergency landing. He said that all emergency services would be waiting for us on the airfield at Manchester airport and that all the signal lights had flashed on the plane. ”

After detecting a technical problem, the pilots sent an emergency code and eventually returned the tourists to Manchester. The plane never reached the paradise island, which the passengers of the flight hoped to get. As soon as the passengers got off the plane, the tour operator TUI apologized for the failure.

In an e-mail sent to the passengers of the flight, the airline said the following: “We regret the disruption of your flight today, we understand that it will be a disappointment. Your plane was in good condition and took off as expected, but shortly after your flight, the captain encountered a technical problem.

The safety of our customers and crew is paramount, and he had to make the difficult decision to return to Manchester Airport. Due to restrictions on the captain’s landing, I had to circle in the sky for a while to burn fuel and land safely back in Manchester.

It was clarified that soon the tour operator organized an alternative flight for those who still want to go on vacation. Travelers were accommodated in a hotel and received a voucher for £ 15 to pay for soft drinks at the airport.