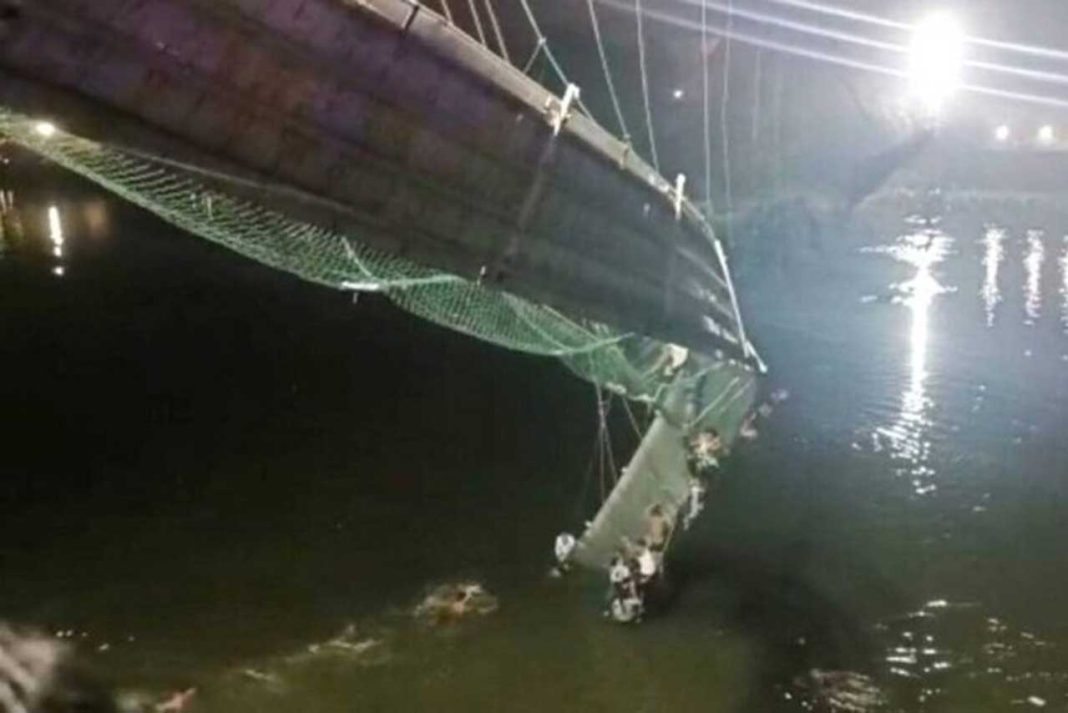 According to NDTV, at least 130 people have died in the collapse of a cable-stayed bridge in the Indian state of Gujarat.

It is specified that the tragedy occurred on a bridge built over 140 years ago on the Machkhu dam near the city of Morbi. The bridge has been closed for renovations for the past two years and only opened four days ago. As it became known, a private company was engaged in the repair, and the structure was opened without a certificate of suitability. More than 500 people, including children, were on the bridge at the time of the collapse. As a result, more than 350 ended up in the water. Of these, 130 people died, and about 70 were injured and taken to hospitals.

Assistance to those who fell into the river was complicated by strong currents and nighttime. Rescuers and firefighters from Morbi and surrounding towns arrived at the scene.